25 of the Top Business Travel Destinations 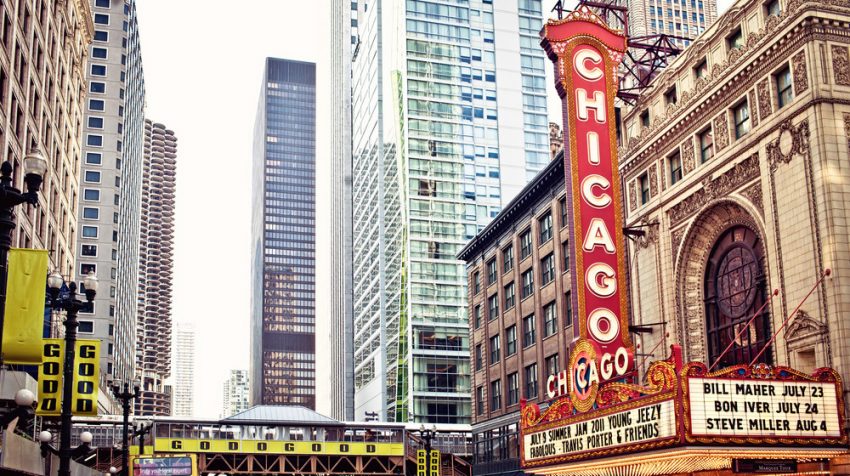 Everybody loves to get out of the office and do a bit of traveling. Not only does it break up the monotony of an otherwise dull week at work — but it affords a rare opportunity to get to know a new city, explore and even shop for unique local items while still making connections and finding new opportunities for your business.

Still, when it comes to business travel, not all cities are created equal. After sifting through some top studies (PDF) on the subject, here are 25 of the world’s top business travel destinations for 2016.

Factoring in travel costs, industrial presence and thrilling, cultural opportunities, it’s a shortlist of cities you should come up with an excuse to visit as part of your next business trip:

When it comes to travel destinations for business, Chicago is simply second to none. The Midwest hub is home to rock star tech industry, the formidable Chicago Mercantile Exchange and a well-established media industry. In between meetings, it’s also a vibrant tourist destination. It’s world-class architecture, thriving arts scene and world renowned sports teams ensure that America’s “Second City” has got something for everyone.

If you work in technology, chances are you’re going to end up heading out to the City by the Bay for business. You should be so lucky. Not only does San Francisco harbor some of the globe’s top corporate giants, but it’s without doubt America’s most creative and forward-thinking city. No matter what it is you’re interested in, you’ll find it in San Francisco. From Alcatraz and Fisherman’s Wharf to the Golden Gate Bridge, the city makes for a truly brilliant business getaway.

New York will always be one of the globe’s top travel destinations for business. The Big Apple houses America’s most powerful financial institutions, media corporations and communications agencies. It’s one of the easiest places on the planet to network with like-minded professionals — which is why you’ll probably end up visiting New York on business at one point or another in your career. In between engagements, be sure to take a stroll through Central Park, hit some of the city’s world-class museums and check out Broadway.

Philadelphia has swiftly risen to become one of the globe’s top centers for bio-science. It’s also a national base for tourism and financial services — not to mention one of the most historically-rich cities in America. From the cracked Liberty Bell to Independence Hall, Philadelphia enables visitors to get lost in time. For something more contemporary, it’s also worth checking out the Philadelphia Museum of Art and its iconic Rocky steps. 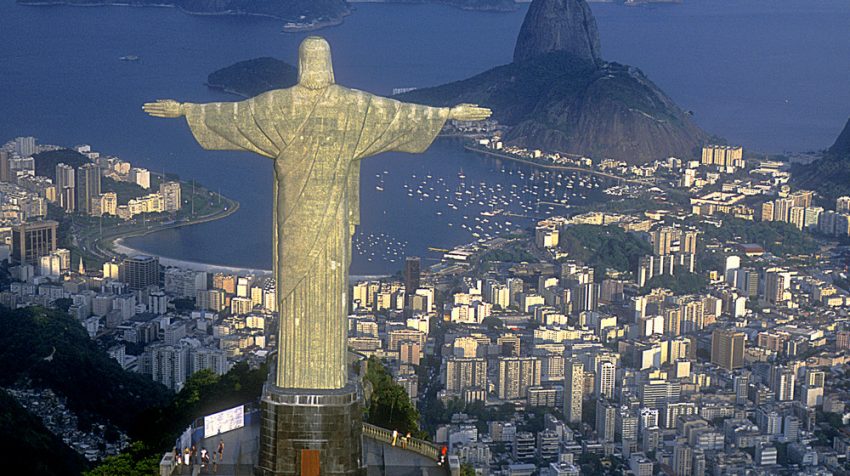 Rio de Janeiro is one of the most iconic cities in the New World. It boasts some of the globe’s sexiest beaches, outrageous parties and sophisticated infrastructure. Rio is also home to one of the modern world’s seven wonders — the statue of Christ the Redeemer overlooking the city. Yet more important still, it hosts some of South America’s largest corporations — and is Brazil’s premier hub for media, communications and higher education.

Phoenix is a rising star on the national conference circuit. A strong technology industry, never-ending sunshine and rich art scene provide business travelers with fantastic events and a whole host of stimulating activities. If you’ve got a bit of time on your hands, the city’s outskirts also play home to some of the country’s most breath-taking hikes.

London has always been one of the globe’s most affluent cities — and so it’s little wonder the British capital was the most popular travel destination in the world across 2015. As Europe’s financial epicenter, London offers businesses unrivaled access to some of the globe’s top multinationals. Likewise, it also offers some of the best travel experiences on the planet. From royal architecture and museums filled with precious art to its cosmopolitan cuisine and brilliant nightlife, London always makes for a unique travel destination.

Nestled just off of Lake Ontario, Toronto plays home to one of the globe’s most diverse urban populations. Canada’s biggest city is a center for financial services and manufacturing; however, business travelers also benefit from some of the best shopping on the planet. You can also make your way up Toronto’s CN Tower, which is the tallest free-standing structure in the west.

Mexico City is a global leader in consumer products and pharmaceuticals. It also boasts a rich and tumultuous history that can be experienced at a dense gaggle of jaw-dropping sites dotted across the city. From Aztec ruins to colonial architectural gems, Mexico City makes for one of the most intriguing business destinations on the globe.

If you’re a business traveler who is into nature, Salt Lake City is your dream destination. The city is one of America’s leading business destinations for technology, computing and outdoor retail. Fortunately, it’s also a top destination for skiing, hiking and a whole host of other outdoor adventures. Nestled right next to the awe-inspiring Wasatch and Oquirrh mountain ranges, you can be out of a meeting and lost in the wilderness within minutes. 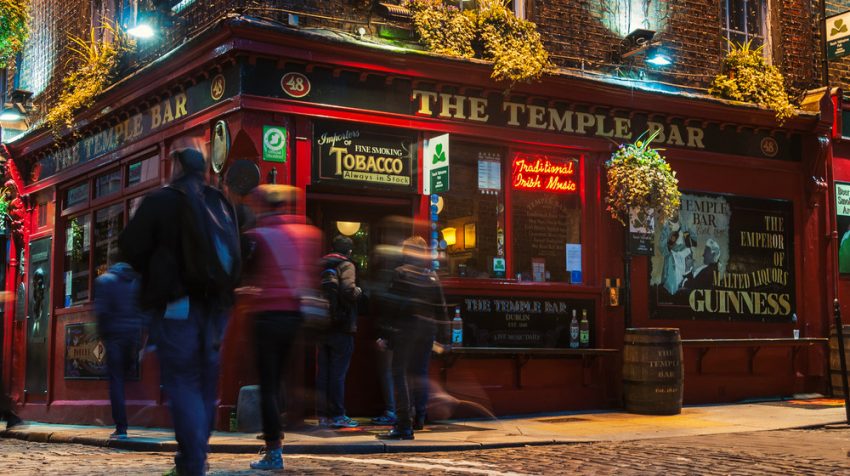 Dublin is hip, chic, historical and everything in between. The Irish capital entertains some of Europe’s top travel, tech and social media conferences — and when you’re not ducking in and out of trade shows and meetings, Dublin has a whole lot to offer visitors. From the city’s charming Georgian streets to its quirky cafes and rowdy pubs, it’s impossible not to have a great time here.

Louisville has a lot more going on than the Kentucky Derby. In recent years, it has grown to become one of America’s top healthcare hubs. All of the globe’s big medical science firms have got a base in Louisville — and when business travelers aren’t in meetings, there’s plenty to see and do. From never-ending firework displays and agricultural events to its charming eateries and nightlife, Louisville always shows visitors a great time.

Cancun might be widely revered as a wild party spot, but the beach destination is rapidly evolving into one of the continent’s top destinations for business travel too. The city’s world-class hotels provide for a plethora of conference space. Meanwhile, fun-in-the-sun and nearby Mayan ruins make for one of the most relaxing business trips you’ll ever take.

Singapore is Southeast Asia’s economic powerhouse. The city-state harbors the best business growth environment on the planet, and is a major financial capital. It’s also home to a wide array of cutting edge industries, flagship conferences and a cornucopia of contemporary, architectural wonders. 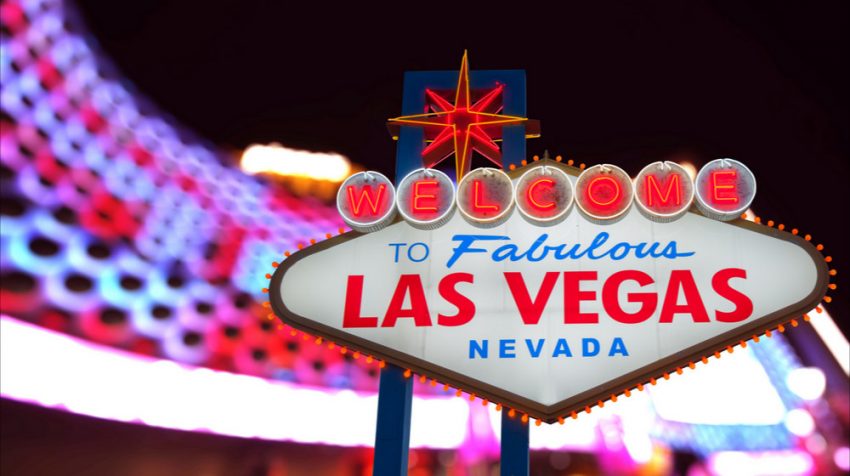 Las Vegas might be best known for its decadent casinos and over-the-top shows, but it’s also one of America’s top conference capitals. Las Vegas hosts a wide range of graphics, communications and manufacturing events that are widely considered industry staples. When you’ve got some time off, it goes without saying you’ll be able to find some way to occupy yourself. After all, it’s Las Vegas.

São Paulo is Brazil’s largest city, and boasts one of South America’s most influential financial districts. As a result, more and more business travelers are finding São Paulo is their destination — and they’re pretty lucky. The city is home to some of Brazil’s finest cosmopolitan cuisine, liveliest taverns and most exotic nightlife.

Frankfurt is Europe’s top aviation hub, and has grown in recent years to become Europe’s largest financial center. Nearly all of the globe’s top banks have bases in Frankfurt, including the European Central Bank. Frankfurt is one of Germany’s most cosmopolitan cities, boasting over 200 nationalities. Better yet, virtually everyone speaks English — making it easy to get around as a bumbling business tourist.

Portland is one of America’s most environmentally-friendly cities. It’s a major hub for renewable energy companies, higher education and scientific research. As far as leisure goes, Portland is littered with trendy microbreweries, distilleries and a unique coffee culture. The city is also home to a host of accomplished professional sports teams.

Brussels is the epicenter of Europe. Not only does the Belgian city host the European Union parliament and some of the continent’s finest art collections, but it also boasts a diverse music scene. Owing to its political clout, Brussels also serves as a European base for some of the globe’s top multinationals — making it one of the easiest cities on the planet in which to mix business and pleasure.

For thousands of years, Istanbul has served as the undisputed gateway connecting the east and west. Today, it is still one of the most well established meeting points for geographically isolated corporate partners — making it one of the globe’s top travel destinations for business. In between meetings, you can wander through the city’s Roman, Byzantine and Ottoman ruins, before hitting some of Istanbul’s dynamic and forward-thinking restaurants.

Madrid is Spain’s business capital, housing bases for some 90 percent of all Spanish companies. Around a million corporate travelers make their way to Madrid every year — which is why the city boasts some of the world’s most sophisticated conference venues and convention centers. Madrid is a quintessentially Spanish city with a contemporary twist. There’s truly something for everyone.

Sprawled across a 35-mile stretch of golden, sandy coastline, Australia’s Gold Coast is a traveler’s paradise. This up-and-coming destination is one of Australia’s fastest growing cities. It’s also the driving force behind the country’s fledgling film industry, and maintains nine times more navigable man-made waterways than the city of Venice. The Gold Coast is undeniably one of Australia’s most laid-back and relaxing cities — but it’s also a highly competitive business center. 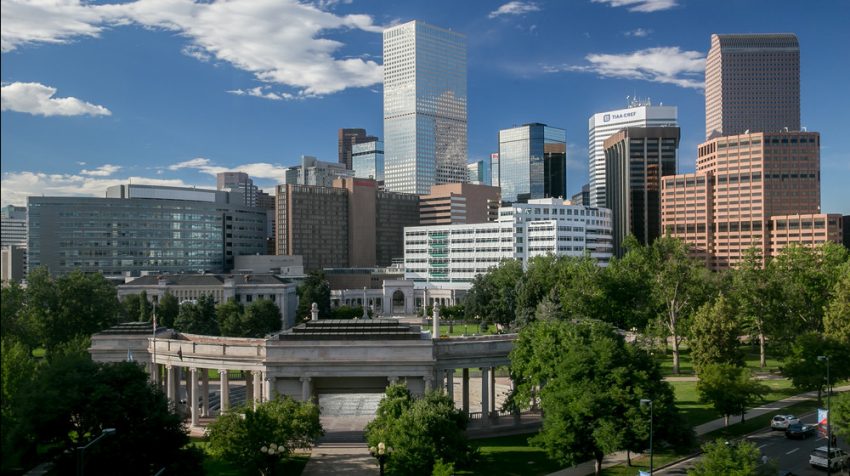 West Palm Beach hosts one of America’s top up-and-coming tech scenes. More important still, the city plays home to a diverse range of events that make for fantastic marketing and networking opportunities. From renowned automotive shows and film festivals to livestock showing and boat shows, West Palm Beach always seems to have something going on. That makes for good business, as well as a great trip.

There’s nowhere quite like Paris. Its quaint cobbled streets, bustling markets and ancient monuments are absolutely second-to-none.  It’s also one of the busiest points of entry into the single European market. Paris has one of the globe’s highest concentrations of corporate behemoths, including oil companies and investment banks. But if you visit Paris on business, just be sure to leave a couple of days for leisure. After all, it would take four lifetimes to see everything the city has to offer.