How Apple Changed the World of Smartphones 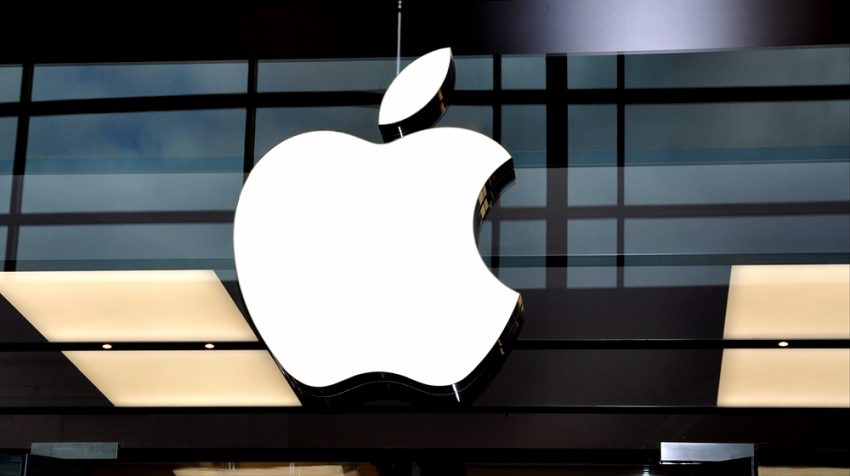 Brand loyalty is never more important to consumers than when buying a car, choosing between Coke and Pepsi, or upgrading a smartphone. Whether you are a hyper-loyal iPhone user or you prefer an Android or other device, there is one admission that we all, as smartphone users, must make. Apple’s original iOS, and the interface and environment that it existed within, laid the necessary foundation that allowed the rest of our future mobile and smartphone devices to propagate and thrive.

Before you jump ship, this is not a fanboy love letter to Apple (NASDAQ:AAPL) and the iPhone, but rather an engaged look at how Apple’s first iOS altered the smartphone culture and where the future of that now present culture is headed.

A lot of big changes and industry-altering innovations come as a result of a void needing to be filled. In 2007, there certainly existed one of these voids in the smartphone world. At this time, mobile devices had a lot of the same utilities and capabilities as our present ones. Sure, the app boom had yet to crest the horizon, but they were able to perform all of the necessary functions: e-mail, text messaging, web browsing, calendars, solitaire, video, etc. In other words, everything we need our smartphones for, they were capable of doing it.

The issue was how they did it. Whether it was BlackBerry’s track ball, the scroll wheel or a stylus, every proposed innovation was typically overshadowed by its own drawbacks. For instance, the stylus created an almost touchscreen-like interface that made moving from application to application much smoother, but they had the immediate drawback of being easy to lose or misplace (I actually remember a time when the grocery store sold a three pack of styluses in the checkout aisle).

The void began to grow as smartphones got smarter and smarter, but devices and their interfaces remained clunky and rifled with drawbacks.

Enter the OS X or, How Apple Changed the World of Smartphones

The very first iPhone operating system was, at the time, named the OS X, before later adopting the iOS label that Apple now uses. In a lot of ways, save for one, this now-prehistoric iPhone was mediocre. It did not have a lot of the same capabilities as other smartphone devices at the time. It did not have 3G connectivity, it lacked the ability to take and send quality pictures or video and it had a shortage of other useful apps and utilities, like GPS. Basically, in almost every category that we typically judge a smartphones performance or capabilities, the original iOS and iPhone fell well short, except for one.

What Apple succeeded at ­—what they created and revolutionized — was the touchscreen environment. They were not the first device to have this technology by far, which is why the word “environment” is included, because that properly describes what the OS X achieved. Where other companies simply leveraged touchscreen technology, only Apple was successful at creating an interactive world that users manipulated and changed to their own liking.

They managed to create an illusion and a good one at that. The magic of the first iOS was its ability to import on users the feeling that every button, icon, page or other clickable had its own weight and size. A lot of this “magic,” we take for granted now, but at the time it was truly incredible.

Even the act of using two fingers to zoom in or out, which has been adopted by every smartphone on the market, created an incredibly clever shortcut because it continued this illusion that you were interacting with an object and not just an organized collection of pixels. It was also an effective way to make map navigation and zooming better.

To express the effectiveness of this small innovation, we need only look at the BlackBerry Curve 8300, which was arguably the biggest competitor to Apple’s first smartphone devices. While the Curve had GPS capabilities, unlike the iPhone, zooming or moving around on the map was such a complex process that you practically needed a professional cartographer and a BlackBerry programmer on hand to figure it out.

After the iPhone’s release, every touchscreen and smartphone design became a dinosaur. Even though the original iPhone had its own drawbacks and deficiencies, the experience of using it was superior and unmatched by any device that was currently on the market.

The impact that the seemingly physical environment created, by Apple’s touchscreen and OS X, had changed the way we looked, and continue to look at, smartphones. Detractors of Apple often suggest that they have not innovated much since and have even copied many of their competitors emerging and existing technologies. Yet, to do this, we take away from the tremendous splash that the first iPhone had.

This importance is often lost in the iPhone versus Android debates. The extreme brand loyalty for our chosen smartphone provider makes it hard to admit the opposition’s upsides and advantages. This sort of competitive comrade is, at least it should be, diminishing the number of debates we have regarding what smartphone is best. Arguably, a lot of these conversations circulated around the apps each brought to the table. Yet, Android and iOS have both emerged as the undisputed leaders that nearly every app has cross-platform capabilities and updates.

Thus, it really boils down to preference. Nearly every hand in the smartphone industry has done something, big or small, to advance the mobile device environment as a whole. Rather than continuing to look at the differences between each, we should be welcoming the advances that the competing brand makes because they are ultimately driving all mobile devices to be better. In essence, they are all looking at what the next void will be and how to fill it as perfectly as the original iOS did.

What Will the Next Void Be?

While the future of anything is always simple speculation, there are two emerging cases, as to what the next big innovation will be that surges smartphones into the next generation. A lot of experts believe that this will be the transformation from the current swipe, pinch and zoom, touch, hold, press, etc. functionality, to say and do processes, which is why we have seen so many digital assistants (Siri, Cortana) emerging lately.

The goal of these digital assistants is very similar to that of the original Apple iOS; they are trying to make things faster, simpler and more cohesive. For so long, our phones have operated through buttons (touch and physical) and we often fall short of unlocking their true potential out of simple ignorance. In other words, we do not even know everything our devices and apps are capable of. A digital assistant can help close this loop because they know all the functions, you need only ask it of them.

The second possible innovation, which Apple is already working toward, is alpha apps. In short, these apps compound a number of pre-existing programs under one umbrella. It is based on the premise that our apps today are very separate from one another and rarely play with each other.

For example, you open Google Maps to find a new restaurant in your area. Then, you have to open an entirely new application to find reviews or a menu about the restaurant(s) in question. Finally, you have to open a browser because you see a dish on the menu you have never seen before and need to investigate it. We are constantly doing this; we open several apps during the journey of achieving a single, simple objective.

Similar to digital assistants, alpha apps also aim to close the loop and ultimately make life easier and more productive for the user. It also solves the common problem that many smartphone users have with regards to dead or unused apps on their device; many of these come preloaded onto the phone. Alpha apps would better utilize these programs, even deem some of them obsolete, and ultimately make our smartphones cleaner and more organized.

All three of these past, present and future technologies (the original Apple iOS, digital assistants and alpha apps) all have one thing in common. We do not realize we need them until they are here.  The world was content with the smartphone technology before the iPhone. While our BlackBerry and Motorola phones were far from perfect, considering the current market of smartphones, they satisfied our needs at the time.

What Apple did to truly alter the smartphone industry was only achieved by understanding that innovation was not in the hardware or making phones smaller or sleeker. It was about changing the culture and the way people thought of, interacted with and how they understood the device in their pocket. They filled a void before we, as consumers, knew there even was one.

Collectively, the leaders of the smartphone industry are going to continue to push the boundaries of our mobile devices.  It is not clear yet, which way the industry is going to pull next, whether its alpha apps, more effective digital assistants, or something entirely different. What is certain, however, is there are more moments to come that will be as earth shaking as when Steve Jobs first swiped to unlock the iPhone.