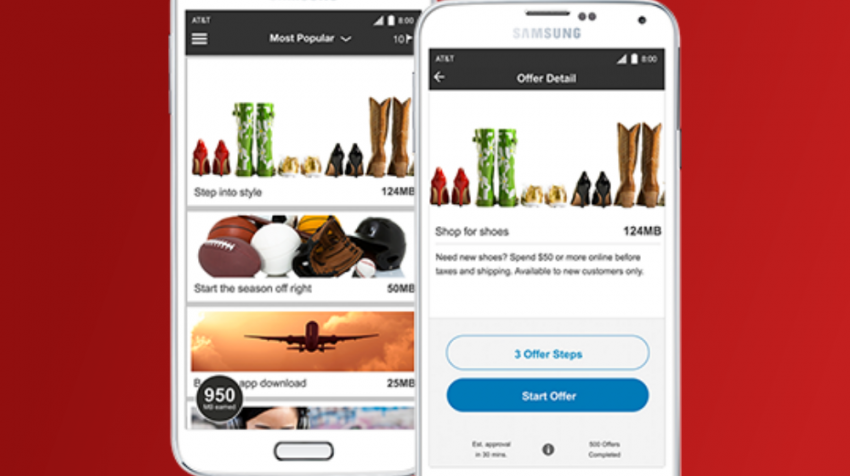 Do you run out of wireless data every other week or month? Sponsored data monetization and data rewards company Aquto is offering a mobile data rewards program for customers of communication service TextMe Inc., according to a recent report on TechCrunch

How to Get Free Mobile Data

The data rewards program allows you to earn more wireless data with major mobile phone carriers (US and international) over time for taking certain actions within the TextMe app, such as viewing partner ads, downloading their apps, shopping through their apps, signing up for trials or filling out surveys.

In exchange for taking a sponsored action, Aquto will reward you with free megabytes of data credited to your data cap. Aquto is able to award you the wireless data thanks to its innovative back-end service that connects and enables carriers to deliver and manage this data to individual users. This way it facilitates a value exchange between consumers, marketers and carriers via the data rewards program.

Wireless Data as a Currency

Consider a digital marketing agency. Through this data rewards program, the agency could entice prospects to view its client’s video advertisement (sponsored content) with both a 50 MB data reward for viewing the ad to its end, and a promise that the 30 MB stream won’t count against their data plan.

The agency that would have otherwise had to wait until a user is connected to WiFi and hope the user sees the video ad, doesn’t have to wait anymore. And users who would have had to pay data charges to be marketed to, now don’t have to pay any data charges. In fact, users are rewarded with more data for being marketed to. It’s a clever business model where everyone apparently wins.

Aquto helps mobile operators monetize advertising in this way. It has partnered with AT&T before to offer a Data Perks program built on the same model of rewarding sponsored actions and behaviors. However, according to TextMe’s Chief Revenue Officer Julien Decot and Aquto’s CEO Susie Kim Riley, “this is the first time wireless data has been used as currency in a messaging app,” reports TechCrunch.

Many small businesses rely on a wireless network to go online and conduct business. For those business owners and solopreneurs who are often in need of more wireless data for mobile and would like to save some cash, they can download the free TextMe app for smartphones and tablets, and take advantage of the data rewards program to easily earn more data for business use.

Of course, the success of the TextMe data rewards program (as with similar data rewards initiatives) will also depend on just how much interaction the participating brands require. If it involves making a purchase or taking a lengthy survey, consumers might find the data ‘rewards’ less than enticing.

The interesting thing, though, as TechCrunch points out, is that it is now possible to work across multiple carriers instead of within a single carrier. That’s because accrued data is stored in the TextMe app and customers can transfer what they’ve earned within the app to their wireless account with another carrier.

Carriers participating in the TextMe data rewards program have not been officially named, but Aquto seems to have business arrangements with a number of leading carriers that are listed on its website, including AT&T, Verizon, Vodafone, Orange and PLDT. One would assume those are participating carriers.

That being said, more carrier participants are reportedly on the way — specifically for “a Latin American carrier footprint by the end of this summer,” according to Riley.