Live Streaming for Business: Former CEO Of As Seen On TV Shares Insights

Ronald Pruett, former CEO and president of As Seen On TV and current advisor to Al Roker’s media group, reminds small businesses that live streaming is a simple way to reach global audiences when compared to complex marketing methods. Small Business Trends visited Pruett at the offices of Al Roker Entertainment, Inc. to talk about trends in video marketing, including his views on YouNow, established and rising stars, and why some YouTube stars aren’t impressive as live streamers. 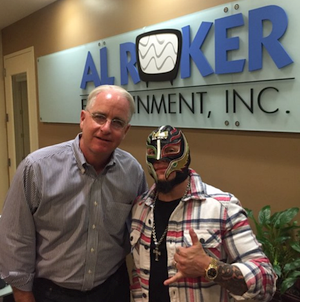 Ronald C. Pruett, Jr. is the managing director of The Boston Associates, as well as chief advisor at Roker Media, where iconic TODAY Show weatherman Al Roker is the chairman.

Ron loves the thrill of creating something new while leveraging the best of different approaches, distribution channels and cultures. He received his M.B.A. from the École Européenne des Affaires (now ESCP-EAP), a French Grande École located in Paris where he graduated as Valedictorian. Ron has nearly 30 years of proven experience in the creation, development, and management of digital marketing and high growth direct to consumer companies.

Small Business Trends: Tell us about Roker Labs and how it started.
Ron Pruett: Part of what happens at Roker Media is we lend our space and resources to content creators. The Roker Labs concept started out by saying “Let’s start playing in the sandbox. Anyone who wants to work with us and collaborate is welcome.” We’re now working with about ten stars on a live streaming platform named YouNow, but we use all the other major ones, like Facebook Live.

A key moment was when Al Roker went on stage at South By Southwest and used Meerkat. Given Al’s live TV background, we thought we should be able to build something around live streaming using our collective experience.
Small Business Trends: I’ve seen you talk about MCNs and networks. What are MCNs?
Ron Pruett: Prior to Al going on stage at South By Southwest, we were looking at the MCN marketplace, which is specific to YouTube. When YouTube first launched, anyone was able to dump videos into it, and that’s still true. YouTube got big fast, and it was chaotic. Discovery was a problem. Some people developed their own followings, but chaos was still the norm on YouTube.

Groups later formed called Multi Channel Networks, and they actually organized talent. Some signed a few content creators, but others signed thousands of influencers. MCNs became big. Some of the well-known names were MakerStudios which Disney acquired, and AwesomenessTV and BigFrame, both of which were acquired by DreamWorks. So about 18 months ago, the big entertainment companies began buying the MCNs.

There are probably fewer than 20 MCNs now. Initially they were broad, but many started to get very specific to verticals. For example, MiTú organizes creators who engage with the Latino markets. Tastemade focuses on the food vertical.

The whole MCN culture is based around the Venice Beach and Culver City area, and I mean from investors to the talent, everything. But Roker Media is in New York, and being near the theater world, and the live morning and late night TV studios too, we feel the live streaming ecosystem will develop primarily in New York and secondarily in California.

We’re not an agency, but we work with agencies. We’re looking to create a live streaming network of talent. The talent we’ll bring together will be influential if they aren’t already. Let me emphasize that a brand should be its own influencer and bring their existing audience to the table. But with live streaming, you can quickly tap into new audiences. But what I’ve found is, much like YouTube, talent discovery in the live streaming world can be so random. 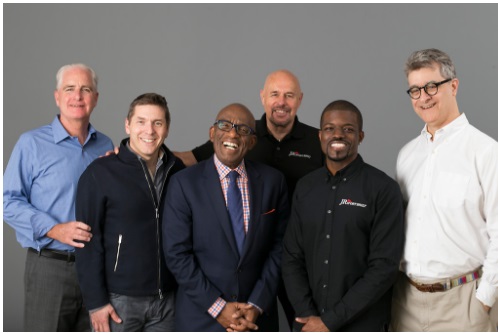 Small Business Trends: But how are you different from ParachuteTV and EditorTV? They’re not agencies either, as far as I know.
Ron Pruett: Several reasons, but we’re different because we’re on more platforms. Parachute and Editor are only on Periscope right now. Though we can’t predict which app will win, we know each will have a distinct audience. We’re working with brands developing programming and testing out different genres of shows that work well. On many of the platforms, such as Periscope, content creators can’t monetize currently.

Facebook Live and YouNow will reach a mass audience and will address issues around monetization. In fact, YouNow has already done that with their tipping functionality. Think of networks; some people watch Bravo, some ESPN, some CNN. We’re on the air 10-12 hours a day. We will quickly accelerate. We have scheduled viewing, which is similar to Parachute and Editor. Every night EvieWhy is on, and you’ll know that. The same’s true for everyone we work with; it’s all appointment viewing. By the way, we work with Parachute and Editor too; we think they’re great.

But with us, you don’t go to one platform to follow that platform, you follow the talent. We also think about ease of distribution. If you’re on YouNow, you can broadcast simultaneously to YouTube. Interestingly, there’s a nightly live stream called Style Code Live, hosted by Frankie Grande. It’s on Amazon, but it isn’t on Twitch, which is the live streaming platform owned by Amazon. Style Code Live has an HSN/QVC approach, but, in our opinion, native advertising is the better trend to go with.
Small Business Trends: Tell us more about YouNow and how you’re using it.
Ron Pruett: We’ve been close partners with YouNow. They approached us in 2015. We had heard of them but didn’t do a lot of investigating. Then EvieWhy started using it and became a fast star on it.

We think it’s excellent, partly because it offers monetization for creators, and that’s incentive. Evie became an overnight sensation and now hosts shows about dating and other lifestyle topics. Howie Mandel and his son are also on YouNow, and what they do is funny. On YouNow, you can do split-screen live streaming and bring in guest streamers without a time limit.
Small Business Trends: Why aren’t some YouTube stars good live? And do you feel live streaming for business is a trend?
Ron Pruett: Businesses have the chance to jump in early on live streaming, even though I feel many small businesses move too slowly on social media. Maybe they feel overwhelmed by things like SEO and SMM. But live streaming strips away a lot of those aspects, and it’s sandwiched between mass media and social media; look at Facebook Live. You just push a button.

I often look at things from the viewpoint of a marketer; I like to get as close to the consumer as I can. A face-to-face real meeting is probably the only method that can do that better than live streaming. So live streaming will require talent because it’s interactive and already very different from TV and other media, including social. I think we’ll get to a point where it’ll be an important tool for keeping your existing customers, not just for acquiring new ones.

And if you’re a small business and you feel you missed out on the social media wave, or the MCN wave, you can think of live streaming as one you shouldn’t miss. The challenge is this: Not everyone’s good live. We see a lot of YouTube stars who aren’t good live.

When you think about the skills needed to speak well from one live moment to the next, as one might hear on talk radio or home shopping channels, it gets more difficult than a rehearsed YouTube video which had the luxury of production time, hours in most cases. If you’re able to think quickly on your feet, take incoming calls, look at comments, you could do well as a live streamer. We believe in staying in touch with where your audiences are and listening to what they need. Communities build their own momentum and culture, but they always welcome experts who serve their needs, especially if done live.