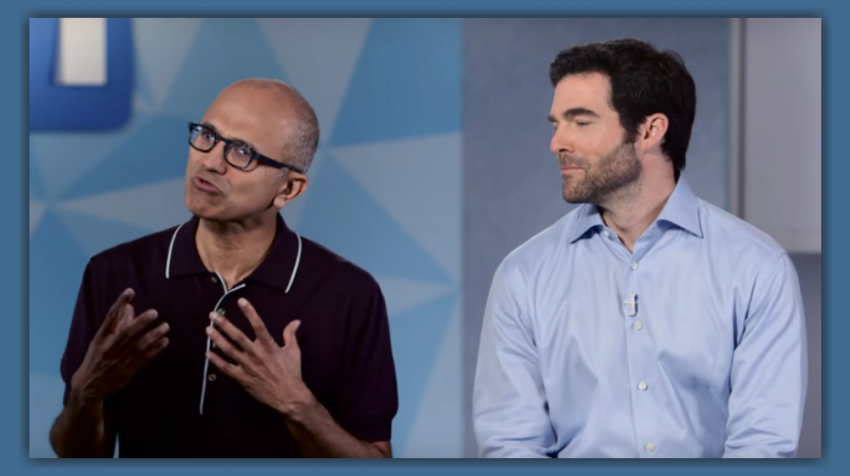 Some big news to start off the week: Microsoft Corp. (Nasdaq: MSFT) and LinkedIn Corporation (NYSE: LNKD) will soon be joining forces.

Microsoft Plans to Be the New Owner of LinkedIn via Acquisition

Microsoft announced today that it plans to purchase LinkedIn for $196 per share in an all-cash transaction valued at $26.2 billion, which includes LinkedIn’s net cash.

LinkedIn will remain distinct from Microsoft, and Jeff Weiner will stay on as CEO, reporting to Microsoft CEO, Satya Nadella, the announcement says.

The acquisition also includes the educational site Lynda.com, which LinkedIn acquired in April 2015.

Microsoft has many good reasons to buy LinkedIn. The network has shown substantial growth since its founding in December 2002 and now numbers 433 million members worldwide. 105 million people visit the site monthly. Recruitment factors in heavily, too, with more than seven million active job listings.

The site has become a mainstay for millions of small business owners and entrepreneurs, who rely on it for professional networking, business development and use LinkedIn for employee recruitment.

In a memo to Microsoft employees, Nadella said this about the acquisition:

Nadella views LinkedIn as a vehicle through which Microsoft can grow its Office 365 and Dynamics CRM products. He and Weiner discuss the big announcement further in this video:

“Together we can accelerate the growth of LinkedIn, as well as Microsoft Office 365 and Dynamics as we seek to empower every person and organization on the planet,” Nadella said in the announcement.

The transaction has been unanimously approved by the Boards of Directors of both LinkedIn and Microsoft and is expected to close before year’s end. LinkedIn’s shareholders still have to voice their approval, however, and it has to pass the muster of certain regulatory bodies and meet other closing conditions before being finalized.

Paul Chaney is a Staff Writer for Small Business Trends. He covers industry news, including interviews with executives and industry leaders about the products, services and trends affecting small businesses, drawing on his 20 years of marketing knowledge. Formerly, he was editor of Web Marketing Today and a contributing editor for Practical Ecommerce.
11 Reactions
Subscribe
Follow @smallbiztrends
RSS LinkedIn Pinterest iTunes