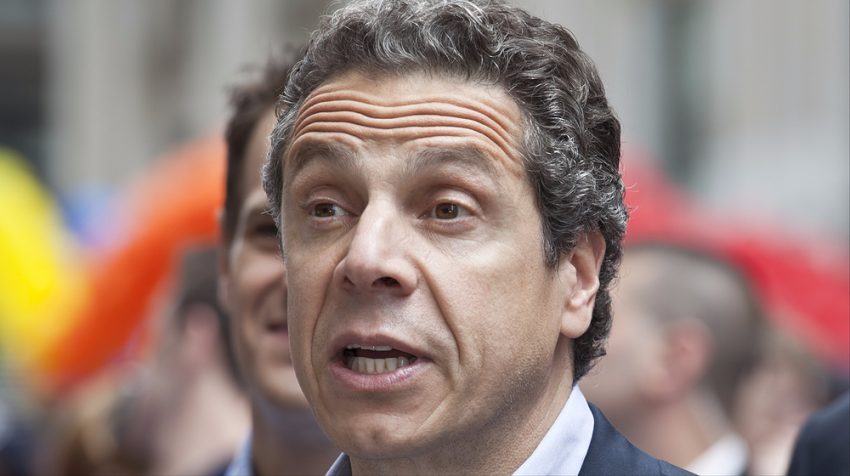 New York state just passed a paid family leave proposal that some see as the most forward-thinking piece of legislation of its kind ever enacted. Others feel it could turn into a bitter pill that the state’s hundreds of thousands of small businesses may be forced to swallow.

On March 31, 2016, the New York State Legislature completed a budget deal, which, in addition to promising a minimum wage hike to $15 per hour, created a bill mandating paid family leave. New York magazine called it the nation’s “strongest and most comprehensive” ever.

Under the program, full-time and part-time employees will get up to 12 weeks of paid time off to care for a newborn infant, ailing spouse, child, domestic partner or another family member.

The bill guarantees job protection, which means employees do not have to fear the loss of their jobs while tending to family needs.

Persons only have to be employed by a company for six months to qualify, and even that short a tenure is sufficient to cover the entire 12-week term.

The bill doesn’t go into effect until January 1, 2018, and will be phased in over time.

While the bill’s passage is good news for employees, the idea of mandatory paid leave can be challenging to very small businesses, particularly those with fewer than 10 workers. Unfortunately, even the smallest of businesses — those with a single employee — are not exempt.

To better understand the implications PFL presents to small businesses in New York, Small Business Trends turned to Mike Trabold, director of compliance at Paychex, a provider of payroll, human resource and benefits outsourcing solutions for small- to medium-sized businesses.

Trabold admitted that the family leave program will create some degree of a burden for businesses but said the news is not all bad and that the state tried, in his opinion, to make things less painful.

He listed the following as evidence:

No Direct Expense for Small Business

“Any worker taking advantage of the family leave program will have a portion of their salary paid for by the state,” Trabold said. “A formula determines the exact amount, but it’s 50 percent of the employee’s wage up to a threshold.” (That will rise to 67 percent over time.)

Paid family leave will be funded as part of the Temporary Disability Insurance program that has been in place in New York since 1950. Roughly one dollar per week will be deducted from employee paychecks.

“The state will build up a fund out of which paid leave payments will come, and no employer contribution is required,” Trabold said.

Another way the state is attempting to lessen the burden on business, according to Trabold, is by extending the timeframe for implementation.

“The process doesn’t even start until January 1, 2018, and is then phased in through 2021,” Trabold said. “That gives small businesses time to prepare, react and gain clarity on what the responsibilities are.”

Trabold went so far as to suggest that small businesses view New York’s paid family leave program as a good thing in that it enables them to provide paid leave as a benefit, the same as larger companies.

“Small businesses will be able to attract capable workers more readily with paid family leave in place,” he said. “Otherwise, employees would be forced to resign or fear being fired just to take care of a household member.”

A Better Balance (ABB), a non-profit organization that has been advocating for paid family leave for years, agrees. In a statement summarizing the new bill, ABB said that the program would help to make small businesses more competitive by ensuring that all workers can receive paid family leave regardless of the size of their company.

See Also: Most Family Businesses are a Total Mess

ABB didn’t stop there, however, but asserted that the program will save employers money.

PFL Burden on All Businesses

Not everyone feels as friendly toward the law as ABB. The Business Council of New York State, Inc. (BCNYS), a non-profit advocating on the side of business, calls it the “most expansive and least business-friendly paid family leave law in the nation,” saying that it places an undue burden on all businesses, especially those with smaller numbers of employees.

In a memo sent to legislators before the bill’s passage, BCNYS listed the following as reasons for its position:

Instead of allowing employers to determine the terms and conditions of employment, the state becomes the arbiter, BCNYS said.

The law falls under the Temporary Disability Insurance program and is, therefore, considered a disability payment. When fully enacted, PFL will more than quadruple the current disability payment of $170 per week to around $800.

BCNYS feels that an increase of that amount will only serve to broaden the scope of the benefits and result in expanded use, which, according to the organization, will drive up the amount that employers pay for disability insurance.

The federal government already has a family leave law in place — the Family Medical Leave Act (FMLA) — administered by the Department of Labor, which provides up to 12 weeks of job-protected unpaid leave for certain employees.

PFL does not mirror its federal counterpart in areas such as the definition of family, the relationship between the type of family care and an employee’s own disability and the issue of job guarantee.

Small businesses, having to contend with both federal and state guidelines will now have multiple tiers of rules and requirements to deal with, BCNYS said.

A worker taking extended time off leaves a hole that has to be filled by other staff working overtime or by finding, hiring and training a new temporary employee as a replacement — both of which are direct costs to the business.

This is especially troubling for very small businesses with only one or two employees.

While it’s feasible to ask employees to work overtime when there are enough of them to take up the slack, one-or-two employee businesses aren’t afforded that luxury. They either find a replacement or, more likely, the boss has to shoulder the burden.

The problem becomes exacerbated because leave can be intermittent.

For instance, the pizza parlor with an employee who needs to take off Monday, Wednesday and Friday afternoons to care for a family member may be faced with shifts going unfilled, which could interfere with the business’s ability to meet customer needs or run efficiently.

Frank Kerbein, director of the Center for Human Resources at BCNYS, in a telephone interview with Small Business Trends, expressed concern over the likelihood that small businesses will run into compliance issues due to the rules and regulations associated with the program.

“The Federal Family Medical Leave Act has been around 23 years and is still not always administrated correctly,” Kerbein said. “In large organizations, it takes one person just to manage the program. A small business may not have an HR person, which means that, in spite of its best intentions, the company could fail to comply with the new law, resulting in fines and penalties.”

Kerbein is also skeptical of the state’s ability to hold costs down for employees who pay into the program weekly, to cover its costs.

“Governor Cuomo campaigned on this issue saying it would cost no more than $1 per week,” he said. “The current weekly disability payment of $170 costs employees 67 cents per week. This benefit will go up to $800 per week when fully implemented. As such, we’re skeptical the state can maintain the $1 per week cap. More likely, costs will rise to four or five dollars per week and, at that point, the legislature could come back and tell employers that they have to pay for it.”

Kerbein also expressed concern over the amount of time business owners will need to administer the program, which he says could turn into hours per year.

Currently, the paid leave program only applies to employees who live in the state of New York. Out of state employees are not eligible.

Paul Chaney is a Staff Writer for Small Business Trends. He covers industry news, including interviews with executives and industry leaders about the products, services and trends affecting small businesses, drawing on his 20 years of marketing knowledge. Formerly, he was editor of Web Marketing Today and a contributing editor for Practical Ecommerce.
5 Reactions
Subscribe
Follow @smallbiztrends
RSS LinkedIn Pinterest iTunes