13 Top Restaurants That Have Adopted a No Tipping Trend 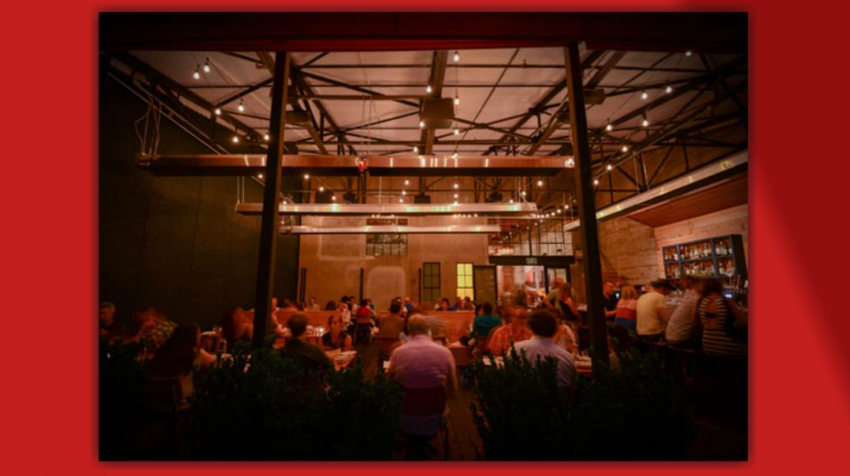 The no tipping policy trend in restaurant chains and eateries is slowly gaining traction across the U.S. According to a recent restaurant trade survey (PDF) released by American Express ahead of the 27th annual American Express Restaurant Trade Program, 29 percent of restaurant operators plan to adopt the no-tip policy in their establishments, while 18 percent report they already have.

Why is the No Tipping Trend Taking Hold?

Well, according to the 2016 American Express Restaurant Trade Survey, one of the biggest technology trends predicted by restaurant operators for the restaurant industry in the next 12 months is mobile payments. Mobile payments are taking off and could be complicating tipping.

Moreover, new economic realities and government regulations are also helping dismantle the deeply entrenched tipping culture in the country. For example, when New York Governor Andrew Cuomo’s administration hiked the minimum wage for tipped workers by 50 percent last year, it exacerbated the pay disparity between servers and kitchen staff, for whom minimum wage inched up by only $.25.

Restaurant operators felt they needed to do something to offset the inequality in restaurant workers’ pay for servers and kitchen staff, such as cooks and dishwashers.

Wages for “back of the house” workers like cooks has remained stagnant at $10 to $12 an hour for years, while servers’ tip-based take has risen with menu prices and government regulations. As a result, there is always some level of dissatisfaction among the “back of the house” staff, especially when servers celebrate a big night and cooks are left behind, some restaurateurs have observed.

To address this long-simmering inequality, an increasing number of restaurant chains and eateries are choosing to go gratuity-free, raising menu prices to make up the difference. Some restaurants have even implemented revenue-sharing to keep servers’ wages stable after they lose tips.

So, which are these leading restaurants that have adopted a no tipping policy?

Restaurants and Eateries that Have Gotten Rid of Tipping

When it comes to tipping, we may be nearing a tipping point in America. Below are some high-end restaurant businesses that have adopted the no-tipping policy across the country.

Located in Glendale, CA, Brand 158 says it adopted a no-tipping policy to create a less competitive workplace for servers, and, as such, a better experience for diners. “If people came to work and didn’t know what they were going to make for the week, that tension would eventually translate to the customer,” says owner Gabriel Frem.

This chic restaurant serving Mexican cuisines says it automatically tacks on a 20 percent service charge to all bills in order “to move to a new model of compensation that will be sustainable and fair in the long run for our entire staff.”

The midtown Sichuanese spot is one of New York city’s first high-end traditional Chinese restaurants to defect to the no-tipping camp. Prices shot up 10 to 15 percent, and servers receive $15 an hour plus commission based on dine-in sales. Kitchen workers receive bonuses based on takeout, dine-in and delivery sales.

The Japanese restaurant adopted a no-tipping policy in 2014, citing the need to be more in line with Japanese customs. It features signs posted at each tatami table that reads: “Riki Restaurant is now a non-tipping establishment. Tipping is not required nor expected.”

Owned by Amanda Cohen, who is also head-chef extraordinaire, the inventive vegetarian restaurant in New York reopened in a new, bigger and bolder space early 2015 with a new no-tipping policy. It also introduced a new price plan, subbing in a 20 percent service charge on each customer check.

Alinea and its sister restaurant, Next, add a 20 percent service charge for their special dinners so that patrons don’t have to tip extra.

This high-end Italian restaurant located just outside of Denver in Wheat Ridge banned tipping and introduced a 20 percent service charge to bills. Servers now are guaranteed at least $20 an hour, while kitchen staffers receive a minimum of $14.50 per hour.

Girard says its business model is “similar to many European restaurants” with staffers receiving a fair wage plus paid time off. It includes a 15 percent service charge to all bills, explaining that the removal of gratuities from the equation “eliminates the pressure on the guest to worry about paying our staff.”

The minimalist hangout in Pittsburgh adopted the no-tipping policy saying the policy would “bring consistency to everyone’s lives” and ensure “people aren’t making $200 one week and $1,000 the next.” The policy has been so successful that Bar Marco’s founder Bobby Fry says he’s expanding it to sister restaurant, The Livermore.

The buzzy hangout (PDF) with creative cocktails, all-meatball menu and no tipping in Newport, KY says it established the no-tipping policy to “provide income security for our servers.” Servers earn $10 per hour or 20 percent of their individual food sales per shift, whichever is greater. “No tipping” signs are posted prominently in the restaurant and on the menu.

A contemporary tavern situated on an industrial block of San Francisco’s SOMA district, the Bar Agricole lists all prices on beverages and food with “Service included,” making it easier to accept the no-tipping policy and to stomach the high cost of $15 cocktails.

The artistic Latin-French restaurant and wine bar in the heart of Castro added a 30 percent surcharge to all checks beginning May 1, 2015. The fee, billed as an “equality allocation” to all of their checks, covers taxes, gratuity and a “Healthy San Francisco Surcharge.”

One of Seattle’s best seafood restaurants, Ivar’s eliminated tipping and increased its menu prices by about 20 percent across the board in 2015. All workers got a boost in wages to a minimum of $15 an hour.