Where Should Americans Not Travel for Business Right Now? 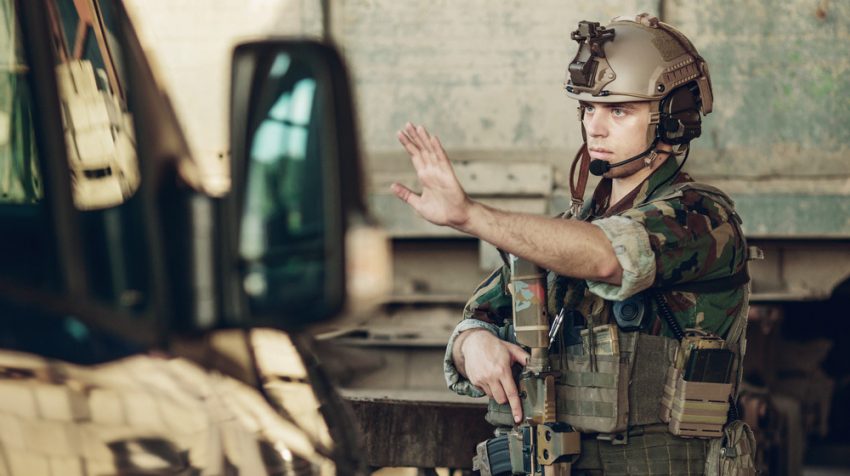 American small business owners who travel abroad need to stay updated on all the latest news developments about no travel zones for U.S. citizens.

Sadly, terrorism, political unrest and disease exists in just about every corner of the globe and, as an American, it’s prudent to be aware of the latest travel guidelines and restrictions.

The U.S. State Department regularly issues and updates its travel restrictions for travelers. So, if you have international destinations on your summer docket, check out some of the no travel zones for U.S. citizens to discover the places you shouldn’t be going anytime soon, or if you do go, where you need to be on guard.

No Travel Zones for U.S. Citizens

Despite all the bad news you sometimes hear about safety concerns and organized crime in our neighbor to the south, the State Department reports that millions of Americans safely come and go from Mexico annually. That includes many business travelers.

Still, in the last two years, 203 American citizens have been murdered while visiting Mexico for one reason or another. Though some of those victims may have been engaged in illegal activity themselves, innocent Americans have lost their lives, too.

Obviously, the country is not without its hotbed areas. And even though the Mexican government works diligently to protect American and other foreign travelers, especially in tourist spots, crime can spill into these areas, too.

Luckily, unlike some locations, Americans are not specifically targeted in most crimes. That’s not true in border regions, though. Carjacking is a growing problem near the U.S.-Mexico border and Americans have been victims of homicide in these incidents.

State Department warnings indicate that newer SUVs and vehicles with tinted windows or buses are of particular interest to carjackers. Those who comply with demands of the assailants often escape physical injury. Those who don’t usually aren’t as lucky.

Elsewhere in the country, the State Department warns Americans to avoid showing signs of wealth, such as wearing too much jewelry or whipping out a stack of cash. U.S. government personnel working in Mexico are prohibited from visiting gambling locations or casinos and other places of ill repute in some states of Mexico.

For a complete state-by-state breakdown of Mexican areas of security interest, check out the latest government travel warnings here.

Travel certainly isn’t restricted or advised against in any parts of the continent but the State Department recently warned on March 22 that Americans there need to be vigilant.

After several terrorist attacks linked to the extremist group known as ISIL (also known as ISIS, IS, Islamic State, or even DAESH), the State Department says that more attacks are in the planning stages and near-term attacks should be expected.

If you’re traveling to Europe on business, be aware of any major holidays at your destination. Also, check when there are large festivals or gatherings of the public. Places where international travelers congregate in the country could also be targets, the government warns.

This, of course, includes airports, where the latest attack — on March 22 in Brussels, Belgium — occurred. And there was also a major attack carried out in the streets of Paris late last year.

Before traveling to Europe, the State Department urges Americans to register in the Smart Traveler Enrollment Program (STEP). In the event of such a terrorist attack or other incident, this register will at least let authorities know of your presence in the country.

It’s also wise to stay connected to news headlines and to social media. A site like Facebook has often served as host for people inside terror zones to check in with loved ones and let them know they’re safe.

Of course, since airports and other modes of travel have been targets for terrorists, travelers should be prepared to be subject to additional security measures.

Terrorism is also the reason for a lot of American travel restrictions and warnings in other parts of the world leading to no travel zones for U.S. citizens.

Israel actually does invite Americans into the country and the government says that hundreds of thousands visit the country safely every year, including business travelers. However, the security situation in the country — particularly in Jerusalem — is ever-changing and Americans have been injured or killed in violent outbreaks.

The Israeli government along with the Palestinian Authority work to protect highly traveled areas from these outbreaks there and in the West Bank, but Americans have been victims of violence there, too.

However, the U.S. government urges everyone to avoid traveling to the Gaza Strip and for any Americans there to leave when border crossings are open.

In Saudi Arabia, places where Americans and other Westerners frequent have been subject to terror attacks recently. The State Department urged Americans as recently as April 11 to “carefully consider” travel to Saudi Arabia.

ISIL and ISIL-inspired attacks have been successfully carried out at mosques recently there. Groups linked to Al-Qaida in the Arabian Peninsula (AQAP) have launched attacks at other locations frequented by Westerners — like shopping malls and hotels. Plus, unrest in neighboring Iraq and Yemen also make Saudi Arabia a dangerous place for American travelers right now.

The State Department actually has warned all U.S. citizens in Yemen to leave as soon as possible due to ongoing violent unrest there. Even the U.S. embassy in Yemen has been relocated out of the country. U.S. personnel in Saudi Arabia are prohibited from traveling within 50 miles of the Yemeni border since it was declared a no travel zones for U.S. citizens.

A similar warning was issued on March 31 regarding Syria. The State Department has urged any Americans still there to leave immediately as violent outbreaks between numerous groups — including the government — persist.

And in neighboring Lebanon, the situation is just as grim. Violence and the threat of Western-targeted terrorism prompted the State Department to underscore its travel warning — for Americans to avoid traveling here — late last year. In November 2015, twin suicide bombers attacked a suburb of the capital of Beirut, killing 43 and injuring hundreds.

Terrorism is not too much of a concern in Iran but that doesn’t stop the State Department from warning against travel to the country. Civil aviators are urged to reconsider any travel into, out of, or within Iranian airspace.

Iranians and Iranian-Americans are subject to arrest and detention and the U.S. does not have a consulate established inside the Islamic Republic. Non-essential travel should be reconsidered, the government warns.

Americans are also urged to stay away from southeast Turkey. The country, as a whole, is also subject to increased terrorist attacks. Staying away from large crowds and political rallies is urged by the State Department.

The State Department has urged Americans to avoid or strongly reconsider traveling to numerous countries in Africa due to the threat of terrorist-related violence. The riskiest no travel zones for U.S. citizens are listed below.

In Somalia, an Al-Qaida affiliated group has reportedly targeted popular destinations for tourists and travelers recently and Westerners are subject to kidnapping in all parts of the country. One U.S. citizen was killed in 2015 during an attack on a hotel there.

Travel is also urged against in Mali. Last year, another American was killed during a terrorist attack on a hotel. Western-inspired locations remain a target for terrorists here and overall, clashes between the Mali government and other groups make the country a generally unsafe location for American business travel.

Persistent terrorist activity in Chad — namely from the group known formerly as Boko Haram — has also prompted a travel warning from the U.S. government. Americans should use “extreme caution” in any part of the country that’s not a border region or to avoid the country altogether.

Remember, safety is paramount when traveling abroad, as is connectivity. Stay alert and stay online connected with friends, family, and other contacts. Always be respectful of local laws and customs. Follow that advice and stay out of many of the countries listed above and your international trip should go off without incident.