Skype for Android Tablets Gets a Makeover 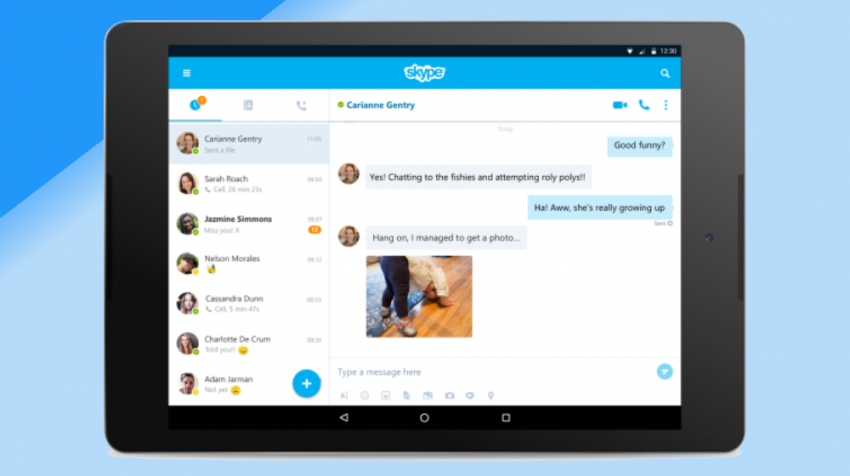 “We are constantly working to improve and simplify your Skype experience. Last year we launched material design for Android phones. We received great feedback on the cleaner, more polished feel of the app and how the UI added a bit of fun to your Skype conversations,” the company said in a post on the official Skype blog. “Today we’re pleased to announce Skype 7.0 for Android, which brings material design to larger Android screens.”

The new Skype for Android comes with a redesigned interface for devices with larger screens. It also features a new floating action button (FAB) that makes it really easy for users to start voice and video calls as well as send messages with friends and groups from the main screen of the app.

Besides the FAB, the new Skype for Android interface provides users with quick access to Skype bots, which are essentially chatbots that allow for easy and quick interaction with other users. This feature can provide message suggestions based on the data it gathered from previous user interactions and also easily allows users to loop other bots into the conversation.

Version 7.0 also adds an improved universal search to Android tablets, so users can now sift through contacts, chats, groups, and recently added bots. The search function can be accessed via an icon on the top right corner.

Apart from faster accessibility, FAB and an improved universal search function, the niftiest change the new Skype for Android app brings to Android tablets is multitasking. Users will now be able to check the current conversations as well as share files when on a call or flip” their tablet in the landscape mode while on a voice or video call so as to send messages, files or check latest conversations.

The new Skype for Android tablets version 7.0 clearly revolutionizes how people communicate while on the go and is a must have for entrepreneurs and business travelers who are always on the go. This new version is already available for download at the Play Store today.