Are Drones With a Smartwatch Controller the Next Trend? 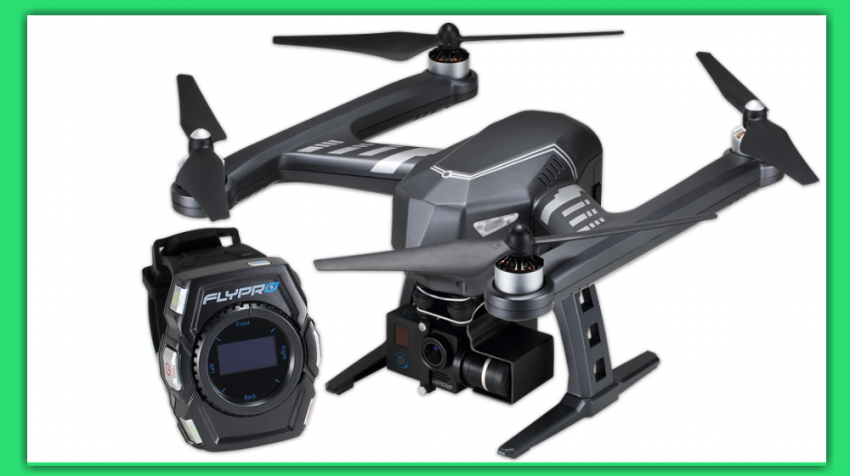 Drone technology is advancing at such a fast pace, the potential applications are giving small businesses many opportunities to create new services or enhance their current offerings. The demand has resulted in more companies manufacturing drones, and increasingly they are going to Kickstarter and other crowd funding services to fund their ventures.

Although the Flypro XEagle drone campaign missed its $100,000 goal by a little over $2,300, the company is not giving up on its innovative smartwatch controlled drone, which will be available to customers in the near future.

Reactions have been mixed. For example, Jason Cipriani of Mashable, reports it took him time to get the hang of the Flypro XEagle’s controls.  And he reported both of his review versions of the  drone during testing — one by an angry bird ( a real one not  character out of the popular video game) and one after becoming hopelessly stuck in a tree. It should be noted, these were pre-production models, so by the time you are able to get one, all the bugs will probably will be fixed.

However, when the drone was working, Cipriani reported the auto-follow technology was impressive and the hands-free flight option along with its inexpensive price tag made it a worthwhile device for novice pilots or action sports enthusiasts. (By the way, the XEagle is going to be priced at $879, which is several hundred dollars lower than the most popular drone on the market, the DJI Phantom 4.)

The XEagle uses a smartwatch as its controller and can follow you by syncing or locking on to the smartwatch conttroller with GPS. Integrating all of the functionalities on a watch had to be a challenge for the company, but the six buttons and the two dials have managed to do so, albeit on a unit that is pretty big.

Flypro calls the XEagle a crossover drone that has the traditional controller for capturing 4K images, but a smartwatch controller for hands-free flight.

The watch has a dial surrounding the display that controls the position of the drone, and the buttons on the side controls power, take-off, landing, circle mode activation, video capture, photography and follow function. Another dial adjust the altitude of the drone.

When the drone is in the air, the display on the watch lets you see everything you need to manage your flight with key pieces of information. These include altitude, radius of distance, battery power, remaining flight time, GPS signal indicator and the flight operation mode.

According to the company, you can get 22 minutes of flight time, but Cipriani stated in his review he was able to achieve 17 to 18 minutes. The company also says its drone can fly at a respectable 15 meters per second (33.5 mph) with maximum altitude of 5,000 meters or 3.1 miles.

In addition to the smartwatch, the professional XEagle package comes with a 2.4GHz remote controller with phone holder just in case you don’t want to use the watch. Some of the other specs include: a 4K camera, 3-axis brushless gimbal, dual GPS mode (GPS and Glonass), GPS signal protection, auto obstacle avoidance, 360 degree high-speed follow mode and more.

There are many small outdoor adventure businesses that could use the Flypro XEagle drone to give their customers a video of their experience from a different vantage point. Whether it is skiing (water and snow), off road ATV, mountain climbing, kayaking or other activity, you can use the drone to provide another added value service to attract customers. Realtors, contractors, surveyors and security companies could also use drones to get a different perspective of the assets they control and improve their level of efficiency by monitoring more area in less time.

Do you run a small businesses that can use drones? If so, please let us know if the smartwatch control on the Flypro XEagle would be a feature you could use to deliver improved services to your customers.