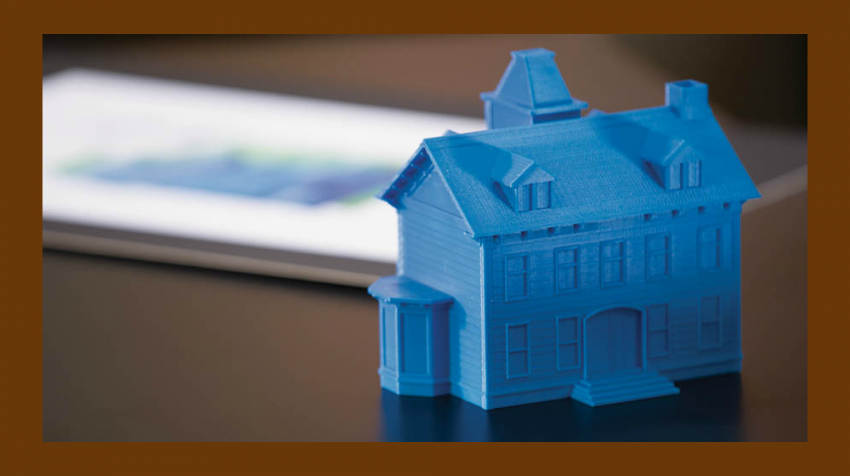 New technology like 3D printing is having a major impact on quite a few industries. But some small businesses still haven’t been able to access the technology as much as they’d like. Those businesses got some welcome news recently when UPS announced a new 3D printing service.

In addition, Google and many others also made announcements this week that could be relevant to small businesses. Read on for a list of headlines in this week’s Small Business Trends news and information roundup.

Whether it is a toy or a hair clip, creating a product is a complicated process involving many people and just as many resources. In the past this meant hiring designers, engineers, a company to do the molding and eventually a manufacturer. If you are a small business with a great idea, you can see how the cost and process can be discouraging.

In a world that’s gone mobile, having a website that isn’t mobile-friendly can hurt your business. If a site loads slowly or people can’t find what they need immediately, they are likely to leave and continue their search elsewhere.

The barrier between us and the digital connectivity we need to work, play and live has been reduced by another factor with the announcement of the Levi’s Commuter Smart Jacket. So if you see someone walking down the street talking to themselves and swiping and tapping their clothes, no need for alarm, they could be wearing this Commuter smart jacket.

Smart Locks Provide Easier Access to Offices of the Future

Basic security is crucial for any small business. Yet, as non-traditional work patterns become more and more commonplace, the inconvenience of cumbersome and old-fashioned security methods is turning out to be a major hindrance for more forward-thinking business owners. A solution to that problem seems to have emerged with the launch of the second-generation August Smart Lock.

One of the biggest challenges small businesses face is access to resources. Whether it is getting funded, acquiring the best talent or developing the necessary networks to help their company thrive and grow, they have to work that much harder compared to large enterprises.

Prefer Chai to Coffee in Your Office? Check Out Chime

Coffee makers are essential parts of most office kitchens. They can help to keep your employees energized and motivated throughout the day, increasing both productivity and morale.

The Federal Trade Commission (FTC) has warned of a new scam where criminals dupe people into paying fraudulent claims through iTunes gift cards. The FTC said that scammers are pretending to be agents from the IRS or U.S. Treasury and demanding that you pay back taxes via an iTunes gift card. Yes, an iTunes card.

Bank of America Study: 95 Percent of Entrepreneurs Built or Acquired

Setting up a business is difficult, but that’s not deterring entrepreneurs from pursuing their passion probably because most of them have done it on their own. That’s what a new study has revealed. According to U.S. Trust’s annual survey of high net worth entrepreneurs, the majority of business owners (95 percent) have founded or acquired their companies.

For college students and others who want to resell books, the process of finding the best price can be time consuming. There are several different platforms available to actually sell those books and textbooks. But to make sure you get the best possible price, there’s BookScouter. Read more about BookScouter and its price comparison tool in this week’s Small Business Spotlight.

Ooma, a cloud-based phone service provider for small business, just announced on its blog that it intends to include IP phone support for its Ooma Office phone system, which means that businesses can now use analog phones, fax machines, mobile and IP phones in combination.

FreedomVoice Phone Service Coming to GoDaddy: Why Should You Care?

Small Business Trends recently reported that GoDaddy is in the process of procuring cloud-based FreedomVoice phone service to add to its suite of small business marketing communications products.

The Pebble project has been one of the most successful funding drives on Kickstarter. The company was able to raise $10 million and $20 million in its first and second drives, respectively. This resulted in the introduction of some innovative smartwatches with each consequent round of funding.

What is Gboard for iPhone and What is it For?

The rift between Apple and Google is well documented, but in reality they need each other more than they let on in order to give their customers the solutions both companies provide. The latest evidence of this is the new Gboard for iPhone keyboard app Google just announced. With tens of millions of customers on the line, the Gboard is a no brainer for Google.

When it comes to social media, Facebook is undeniably king. That’s why businesses bend over backwards to try and engage with users via the social media platform — and it’s also why they’ve been working hard to take advantage of Facebook’s video capabilities. With the launch of the new Facebook continuous live video API, those capabilities have drastically expanded.