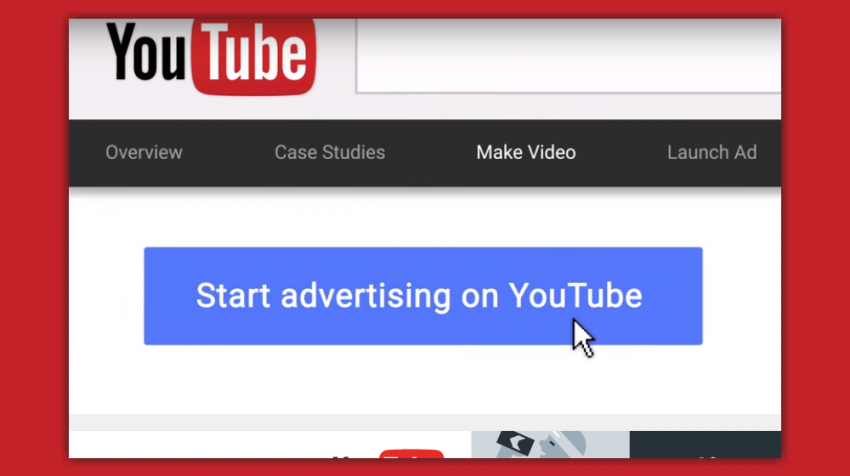 People spend loads of time watching YouTube videos, whether to discover something new or just as a way to pass the time. The site has claimed a 50 percent growth in watch time annually for the last three consecutive years.

That makes YouTube a prime venue for small businesses to consider running video ads, and many do. But with YouTube Director, a new free app for iOS, released today June 15, doing so just got a lot easier.

“We know that creating video can be challenging,” YouTube says in a post on its official blog announcing the app. “To make it easier, we’re thrilled to launch the YouTube Director suite of products — three ways to make video ads possible for every business, including yours.”

Small businesses can create a YouTube video in one of two ways: directly from their iPhone using the app or by contacting Google, which brings in a professional videographer to shoot and edit the video free of charge. A third way pertains to app developers exclusively, so it’s not applicable to most small businesses.

Use the Director App

“With the free YouTube Director for business app, you can create a video ad for your business quickly and easily right from your phone,” YouTube explains in the announcement.

Director requires no video production or editing experience, and many small businesses are already using it, with positive results.

Woody Lovell Jr., the owner of The Barber Shop Club in Los Angeles, is a case in point. Lovell used Director to shoot and edit a video ad, upload it to YouTube and work with an AdWords expert to run a campaign.

This video showcases the results of his efforts:

Lovell’s video drove a 73 percent increase in ad recall among target customers on YouTube and a 56 percent lift in brand awareness, YouTube claims.

Other examples of small businesses that used Director to create ads include Nadia Geller Market, The Dog Cafe and The Juicy Leaf, all based in Los Angeles, according to the announcement.

Get a Professional Videographer to Shoot the Ad

If you’d rather not shoot the ad yourself, Google (NASDAQ:GOOGL) is rolling out a program called ” YouTube Director onsite” in select cities across the U.S.

Those cities thus far include Atlanta, Boston, Chicago, Los Angeles, San Francisco and Washington D.C. And Google says it plans to expand that service to additional communities in the coming months.

Business owners in these communities who advertise on YouTube can request that Google send a professional filmmaker to their location to shoot and edit a video ad for free.

All Google requires is that the business owner spend $150 on advertising on YouTube over any time period. However, the video lives on the business’s YouTube channel, so it’s available for viewing whether being used as an ad or not.

This video illustrates how the “onsite” program works:

Let YouTube Director Automatically Create an Ad for Your App

Google will create an ad for app developers automatically using YouTube Director. To do so, the app pulls existing assets (logo and app screenshots) together from the app page in the App Store or Google Play Store to create the video.

Once you download and open the app, which you can do from the iTunesApp Store, you choose from more than 100 templates designed for different verticals: retail, restaurants, healthcare and others.

The templates, developed by professional filmmakers, include shot by shot guidance on how to make a video, walking users through each part of the process.

The app then stitches the different video segments together and allows for customization, such as the inclusion of background music or further editing.

In another video, YouTube describes how using Director makes video ad creation easier than in the past:

According to Diya Jolly, Google’s head of YouTube ads, in a telephone interview with Small Business Trends, the reason for developing Director had to do with quality — or, rather, the lack of it.

“A lot of small businesses advertise on YouTube, but the quality is significantly lower on average than other ads,” Jolly said. “We selected a group of small businesses to test what we could do to help them make better ads. We started by using professional filmmakers but then decided everything could be templatized and placed in an app.”

Affordability, simplicity and ease of use are the primary benefits to using YouTube Director, Google says. Increased ROI also factors in.

“Ad campaign results depend on the type of creative used,” Jolly said. “People can skip an ad they don’t want to see. Use of Director has helped small businesses connect with users and increase ROI. We’re seeing very positive results, particularly when compared to ads shot just using a phone camera.”

YouTube Director is currently only available for iPhone (iOS 8+) in the U.S. and Canada but is coming to Android shortly, according to Google.