Tips for Adopting Virtual Reality in Your Business 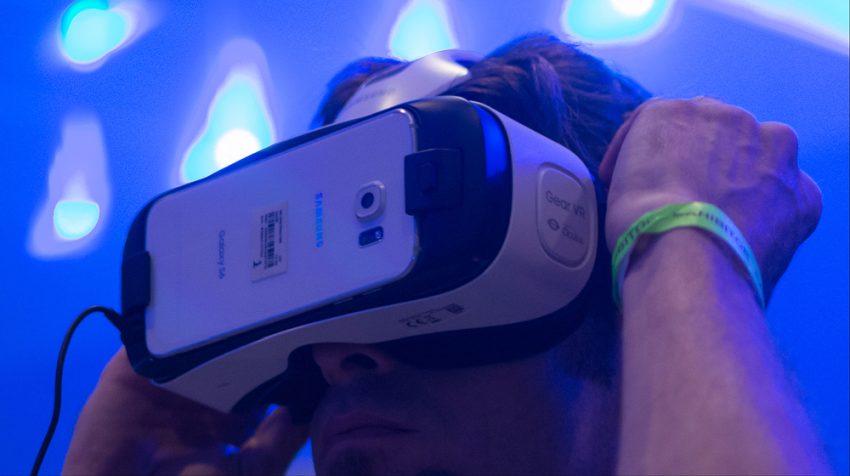 Small businesses are early adopters of technology, but they also hold on longer when they find solutions that work for them. The latest Annual Brother Business Survey revealed just as much when it comes to printers, scanners, copiers or fax machines. According to the survey, 91 percent of small businesses still use these hardware, but an increasing number of companies are also migrating to the cloud and deploying mobile devices for their remote workforce.

So with virtual reality (VR) now slated as the must have technology, how will the adoption process go for small businesses, and does VR have a viable business application?

First, it is important to note VR is in its infancy, without mass adoption, as of now. However, there are some heavy hitters who are betting on the technology. The most publicized case is the purchase of Oculus by Facebook, but Reuters has also reported some 38 companies have highlighted VR as part of their business plan in their corporate earnings report, a 375 percent jump from the same period last year.

Second, the interest is there, with a huge potential in several segments, such as entertainment and gaming. But does this translate to other industries, and will small businesses be able to capitalize on it? A crystal ball would come in handy right now, but even without one, the future for VR looks very promising.

Just as your printer doesn’t make or break your business, VR solutions will be a technology you can use to improve the overall operations of your company. Granted there will be businesses that will rely on it completely, but for the vast majority, it can and will probably be used as a supplemental piece of equipment.

So if you want to be an early adopter of VR, here are some tips.

Things to Know About Virtual Reality in Business

Educate yourself and your employees about VR technology. This includes software, hardware, content, maintenance and usage. You can easily spend tens of thousands of dollars just on cameras alone, or you can get an affordable option such as the Vuze. So you really have to make a concerted effort to know as much as possible about the many options that are available to you.

There is a lot of hype regarding VR at the moment, and it all sounds exciting. But how realistic is it for you to monetize your investment in the technology. Since the investment can be considerable, depending on your choice of products, don’t get swayed into spending your hard earned money on something that may not pay off for you. Again, it merits repeating, educate yourself thoroughly.

Will Your Product Translate to VR?

There are some industry sectors where VR is an obvious choice, gaming being one of them. But there are also many sectors where it is not that clear. Nevertheless, it doesn’t mean you can’t find creative ways to use the technology to grow your company. Just as you have used video and posted it on YouTube, VR can be seen as another extension of rich media. This is a new technology, so there are no conventions you have to follow, create your own path.

Even if you educate yourself in the technical aspects of VR, real world applications are going to be much different. Find experienced VR practitioners and form partnerships so you can have the right person guiding you through your early days of development.

As they say, content is king, and in the virtual world the quality of your content will greatly determine your success. Whether you create the content yourself or you are having it produced professionally, it has to deliver your message, so know your story. Just because it is VR, it doesn’t mean it will be good, and the quality of the content will be the differentiator as the hardware becomes as common as smartphones.

Test Until You Get it Right

No matter what kind of content you create, test and test again with many different people to see how they respond to it. Find out what works and doesn’t throughout the entire show. Whether it is motion sickness, bad lighting or a weak story line, try to have an end product that is professional.

Who are you creating the content for? Are you going to show it in your brick and mortar store, online, a trade show or elsewhere? The length of the production has to mirror these outlets to get as many people as possible in your door, after all you don’t want a customer in your store asking for popcorn and a large soda.

The Importance of Sound

Sound in a VR environment is extremely important. Recording your content with a single microphone will not deliver the full impact of virtual reality. Sound is used to create the right atmosphere and guide the direction of the viewer. If the sound just comes from in front of them, they will not turn around if they can’t hear the sound to their left, right, top or bottom.

Incrementally grow the content you create until you master the technology. A 30 second project can be just as exciting if you have a clear understanding of a 3D environment and you put everything you learned into it.

One of the best ways of selling VR is by delivering a great experience directly to your audience/customers. This of course will take many forms, and until everybody has a VR headset, you will have to find creative ways to give them the experience where they are or make them come to you.

Eventually VR content will be as common as regular videos on YouTube. The company introduced its 360-degree live streaming and spatial audio recently, which will be the first step towards becoming a fully VR content platform. This will greatly increase adoption rates as consumers, businesses, content creators and hardware manufacturers see the many possibilities of the technology.

The reality of VR becoming a reality

Jeremy Bailenson, head of Standford University’s virtual reality lab told Fortune, “Most things don’t work in VR. If you show me 20 ideas, I’ll say 19 of them would be better in another medium. I think VR is best for special, intense experiences?…?things that are expensive, dangerous, counterproductive, or impossible.”

The truth of the matter is, there is no guarantee VR will work in the day to day operations or activities of a company. But it will provide some value if and when the technology achieves a saturation point that demands businesses to create services to address consumers who own VR devices.