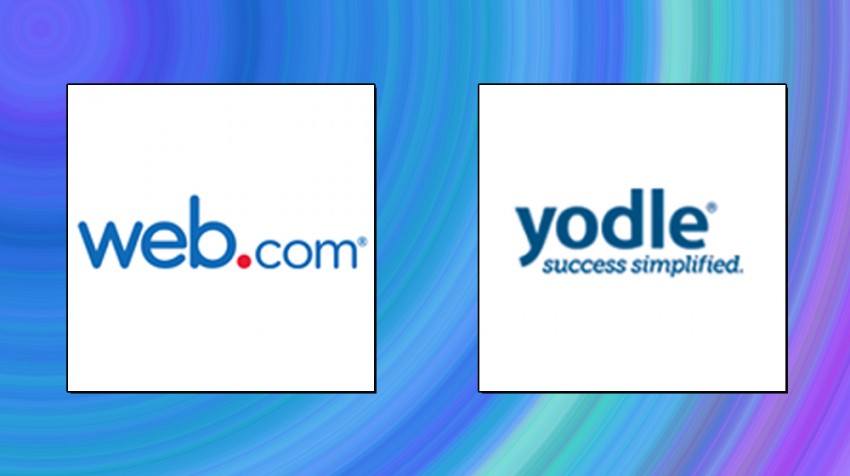 Yodle, which focuses on local online marketing for small businesses, is an important addition to Web.com. The company already focuses on providing websites, eCommerce, hosting, domains  and a variety of other online services aimed at the small business market.

The appointments “mark an important milestone in the integration of Yodle, and better align our resources to execute against our strategic goals,” said David L. Brown, Chairman, Chief Executive Officer and President of Web.com in an official release announcing the executive shuffling. “We will now have three business leaders who are organized around product groups and additional management talent in key support areas.”

Web.com acquired the New York City based Yodle, which sells online marketing services to assist small businesses in improving their Internet presence, earlier this year. The acquisition  was pursued to help speed up Web.com’s own position as a national provider of Internet services and digital marketing solutions to small businesses. The buyout seems to have paid off for Web.com as the company reported a strong first quarter for the year.

Power joined Yodle in 2015 and was most recently President of Yodle Brand Networks. Prior to that he held executive leadership roles with several leading tech companies, including being President of BigCommerce.

Rijsinghani joined Web.com in 2007 through a merger with Website Pros and has served in a number of roles, including Senior Vice President of Online Marketing and Chief Technology Officer.

Chughtai joined Web.com in 2014 as Senior Vice President of International. Prior to that, he was an Internet and Digital Media investment banker with J.P. Morgan and RBC Capital Markets. He will continue to lead international expansion, in addition to the retail and domain product groups.

Sarnoff joined Yodle in 2012, and was most recently Senior Vice President of Consumer and Product Marketing at Yodle. She previously held various executive marketing roles at American Express and Loyalty Management Group.

Dunham joined Yodle in 2008, and was most recently Senior Vice President of Program and Performance Management. She previously held senior management roles at Profitfuel and Verizon.

Web.com’s Chief Operating Officer, Jason Teichman, will be leaving the company on July 5 to pursue other opportunities, the company said.

“We are fortunate to have a deep pool of talent at Web.com and Yodle, who are small business technology and marketing experts, which is reflected in our expanded and strengthened leadership team,” said Brown in the press release announcing the leadership changes.