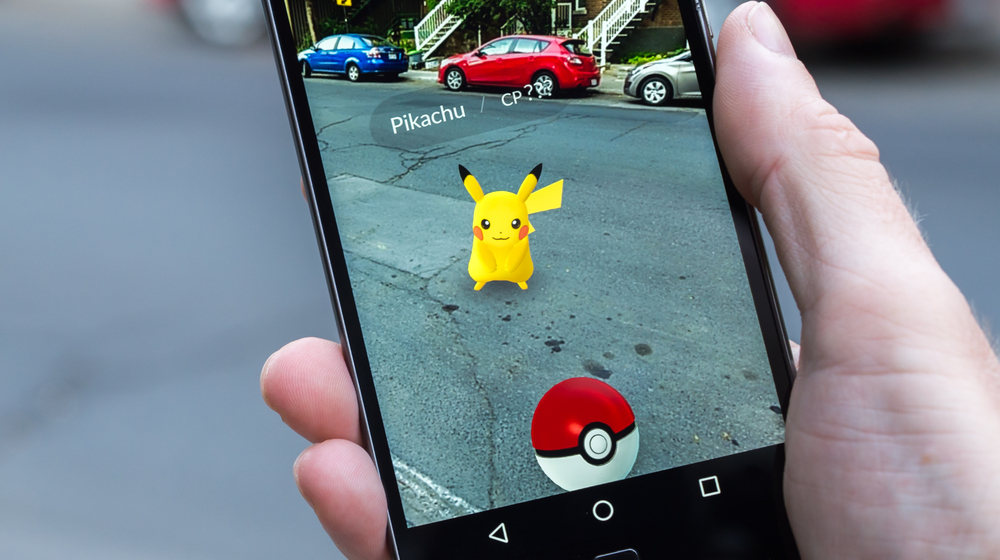 An April Fool’s joke from back in 2014 teased an app that would allow users to search the world around them for wild Pokemon characters.

At the time, this idea was only a joke. And it came from of all places — Google!

Clearly a prank, it sounded ridiculous to consumers and businesses alike. But two short years later, another company made that idea into a real app – and a very successful one at that.

Rise of the Pokemon Go Trend

Pokemon Go is an augmented reality mobile game. With the app on their mobile phones, users explore the world around them to collect different Pokemon characters.

Pokemon characters like Pikachu, the famous yellow character (pictured up above). were created in Japan. You could find them in comics and in card games.

Video games made by Nintendo started in the 1990s.  But it was Niantic that turned Pokemon into the augmented reality mobile app called Pokemon Go.

The Pokemon characters are not real physical things — they are virtual.  They appear overlaid on the app screen. As you visit a particular real life place, if there are characters “nearby” you can spot them.

People using the app go on a kind of treasure hunt to find the various Pokemon characters.  Then people collect them and earn “rewards” for their achievements.

The virtual characters even battle or interact with players.  There are places known as “PokeGyms”.

The Niantic app became the top grossing app in the App Store upon its release in 2016.

The Pokemon Go trend has died down quite a bit since its height as the most popular game app.

But it still has millions of players.  Fervent fans entertain themselves. Families use it for fun outings.  It’s something everyone with the app downloaded to their mobile phone can participate in.

Businesses, realizing the potential to capture attention of consumers who are on Pokemon Go hunts, got into the act very quickly and some are still into it.

Smart marketers and small business owners soon figured out how to use Pokemon Go to attract people into their nearby shops, restaurants and cafes.

From putting up signs inviting people in to charge up their mobile devices, to advertising that the business was near a PokeStop, small businesses figured out how to leverage Pokemon Go for business.

While the Pokemon Go trend is fading a bit in popularity, some of the same learnings can be applied to other augmented reality apps.

Augmented reality, which blends the real world with a virtual world, is not exactly a mainstream marketing technique yet. But it is of interest to forward-thinking, tech savvy businesses.  (See 15 Examples of Augmented Reality to Inspire Small Business Owners.)

A Startup Lesson from Pokemon Go

For startups, the success of the Pokemon Go app also shows just how much is possible through innovation and a unique idea. Even a huge innovator like Google thought this was a funny or maybe even impossible concept.

But Niantic saw the potential appeal of such a game. Niantic took the time to actually make it happen. And if the wild success of Pokemon Go is any indication of what’s possible, those tech leaps can lead to big things for businesses of any size.

So the next time your company is thinking about a big idea that might seem crazy or impossible, don’t discount it right away. Technology is making it increasingly possible for small companies to jump in and create successful products before big companies give serious consideration to the possibility.

If Niantic had dismissed Pokemon Go as a silly or impossible idea, the company would have missed out on a major success.