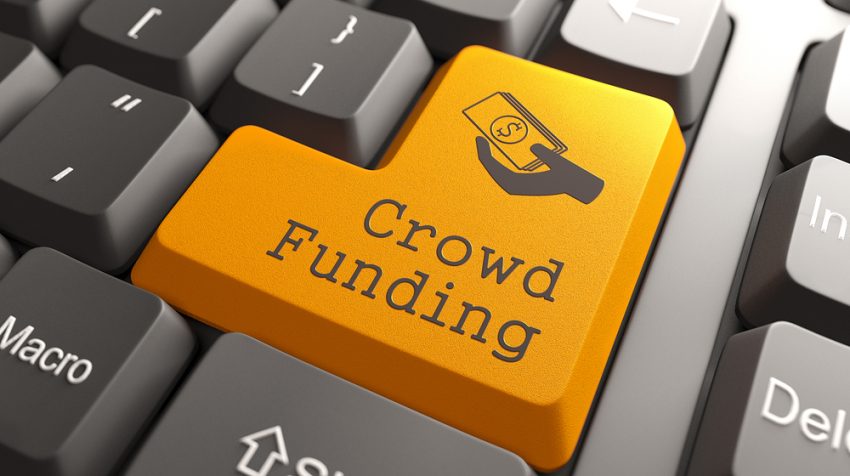 It’s no secret that crowdfunding has transformed itself from an indie fundraising platform for personal projects to a complete corporate validation tool. But given the considerable evolution the concept has already undergone, what can we expect for its future?

Crowdfunding isn’t just an industry — it’s an industry disrupter. We hear a lot about the new developments in equity crowdfunding, but there are other less-talked about crowdfunding markets as well that are emerging as fierce competitors in their industries. Here’s a look at the future of crowdfunding through 2016 and beyond.

Equity crowdfunding was once reserved for only the wealthiest investors, but today is open to everyone. In the past, only accredited investors with $200,000 a year in income, or those who are worth over $1 million, could invest. Theoretically, that changed when President Obama signed the JOBS Act four years ago, though it was only recently that the U.S. Securities and Exchange Commission finally opened the door to mainstream equity crowdfunding.

As implemented, these rules mean that startups can now sell up to $50 million worth of stock online in a 12-month period to anyone who wants to invest, opening the door for small businesses like restaurants and family-owned shops to raise funding.

That said, not everyone is singing the praises of the new SEC’s ruling. While the change allows startups to get up-and-running with raising money quickly, there is a pervasive risk of failing to comply with the rules. According to Forbes, equity crowdfunding campaigns must disclose a range of information, including how they determine the price of the securities sold, financial statements, possible tax returns and more. It remains to be seen whether or not fledgling start-ups will struggle with non-compliance issues under these new restrictions.

Crowdfunding moves into big fashion and the retail sector with the launch of Crowdemand. Ordinarily, fashion designers and manufacturers must either secure private funding or foot the bill themselves to bring a design to market. While they typically must then wait and hope it sells well, if it flops, they’re left on their own to try to recoup the cost.

Instead, Crowdemand offers exclusive designs for pre-order at a 50 percent deposit upfront. Once the designs are completed, customers pay the remainder. This allows fashion designers to test the popularity of their designs, secure funding for their completion and pre-sell them to an audience. Noted designer Cynthia Rowley is one of the platform’s supporters and uses it to debut and sell her exclusive creations.

In its infancy, crowdfunding was about raising money for music albums and personal projects. However, in the last several years, we have seen entrepreneurs validate and fund their prototypes to bring their ideas to market. For example, the Pebble E-Paper Watch Kickstarter campaign was one of the most successful of its kind, raising $10,266,845. Now, corporations are looking to leverage crowdfunding for their own prototypes, research and funding.

Recently, the BBC reported that Indiegogo plans to market its crowdfunding platform to major firms. Their aim is to help companies crowdfund their research ideas, while enticing customers to fund their favorites. This could usher in an era of corporate market research being done through public validation, support and pre-orders before ever hitting the mainstream. Currently, Indiegogo’s new crowdfund program is only open to Fortune 1000 and Global 500 companies, with fees that would be prohibitive to smaller firms.

In the past, the commercial real estate industry was reserved for investors with millions of dollars to bring a strip mall, apartment complex or even storage unit facility to life. Today, real estate crowdfunding is catching on, with sites like RealtyMogul.com, which has raised more than $200 million on their online platform to date.

RealtyMogul.com makes it possible to crowdfund a real estate property for as little as $5,000. Investors can also use the platform to browse for debt or equity investments, invest online and track their performance from a centralized dashboard.

In May 2016, American International Group (AIG) announced the launch of crowdfunded insurance to help protect equity crowdfunding platforms. The first of its kind in the industry, AIG currently only sells coverage to platforms it feels has the appropriate checks and balances in place. Its first policyholder is the crowdfunding platform Eureeca, which is poised to offer insurance protection to all investors using its portal.

If AIG is successful, we’ll likely see more crowdfunding insurance players entering the market, starting with large scale equity fundraising projects. Over time, more policies will trickle into small platforms, perhaps offering the kinds of a la carte services that enable sellers to pick and choose the coverage that makes the most sense for smaller investors.

What are your predictions or hopes for the future of crowdfunding? Let me know by leaving a comment below.

Sujan Patel has championed Internet marketing and entrepreneurship for over a decade. His experience, ideas, and strategies have helped hundreds of companies build and strengthen their businesses online. Sujan is the VP of Marketing at thisCLICKS, the makers of When I Work — an employee scheduling software solution for small businesses.
2 Reactions
Subscribe
Follow @smallbiztrends
RSS LinkedIn Pinterest iTunes