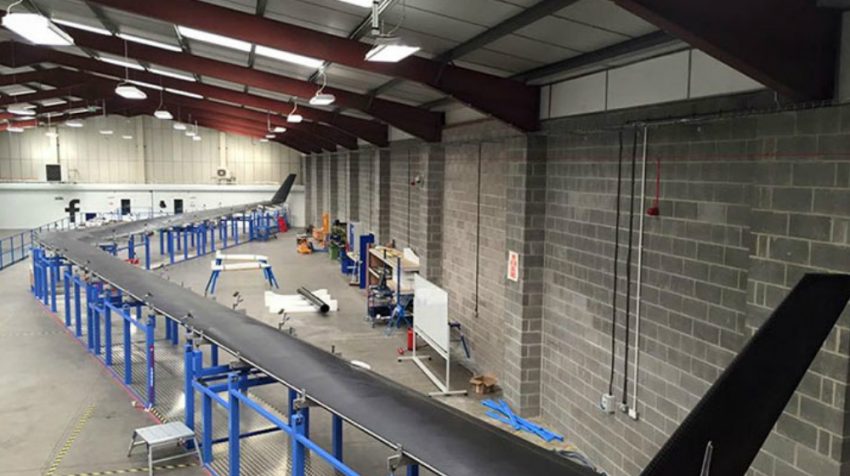 Commercial drone use is a hot topic for commercial deliveries these days. But Facebook is using technology in a very different way — in an experiment aimed at giving a potential four billion more people access to the internet. Some of those could be additional customers for your small business, by the way.

In addition, here’s a look at Pinterest’s long awaited Buyable Pins feature for the web. These headlines and more are included below in this week’s Small Business Trends news and information roundup.

Pinterest is finally introducing Buyable Pins to the web version of its site — and a new shopping bag is being rolled out too. Last year, Pinterest introduced “Buyable Pins” on mobile and later integrated them into eCommerce platforms such as Bigcommerce, eBay-owned Magento and IBM Commerce.

Remember the Ice Bucket Challenge from a few years back? The viral videos had everyone from LeBron James to former President George W. Bush getting buckets of icy water dumped onto their heads — all for a good cause, of course. The Ice Bucket Challenge was created to support research into a cure for ALS, or Lou Gherig’s Disease.

U.S. Bank (NYSE:USB) and Sage (LON:SGE) announced this week at Sage Summit 2016 in Chicago a new partnership that will benefit Sage customers in the U.S. and Canada. The partnership centers around the introduction of AP Optimizer, an application built by U.S. Bank that lives inside the Sage Live accounting platform.

Cloud Elements, a Denver-based API management and integration platform, today announced a strategic partnership with Sage (LON:SGE), the accounting, payment and payroll provider used by millions of small businesses, as a part of the Sage Partner Program at Sage Summit taking place this week in Chicago.

“Email marketing is dead.” If you’ve been involved in the world of marketing over the last few years, you’ve likely heard that declaration more than once. But a new podcast wants to bring a new perspective to that discussion about email marketing. Email Marketing’s Grave is a new podcast from the team at marketing solutions provider PostUp.

Harry Potter is back – or at least, another book starting with that name will be released this weekend. Harry Potter and the Cursed Child, a book written by Harry Potter author J.K. Rowling, which is actually based on a play of the same name, is slated to hit bookshelves on Sunday.

Make Money, Get New Customers Now Thanks to Pokemon Go

If you don’t know your Pikachu from your Pichu or if you have no idea what either of those are, that doesn’t mean you have to stand out in left field as the rest of the world — and thousands of businesses big and small — capitalize on the Pokemon Go craze.

Zoho came out with four announcements today. Among them is the launch of SalesInbox. Zoho calls it the first email client just for salespeople. SalesInbox prioritizes customer conversations, instead of displaying emails strictly in chronological order. Also announced were upgrades to Zoho’s popular CRM system, as well as an expansion into the European market.

Social media has become a huge part of small business marketing. But it doesn’t have to take up all your time or marketing budget. BeeSmart Social Media is one company that strives to provide affordable social media solutions specifically for small businesses. Read more about the company and its offerings in this week’s Small Business Spotlight.

The theme was “Ignite your passion” at Sage Summit 2016. Sage CEO Stephen Kelly said in the opening keynote yesterday, “At Sage we want to help you ignite your passion for business.” To help with that goal, Sage this year included several celebrities in the speaker lineup. Day 1 kicked off with iconic entrepreneur Richard Branson on stage with Kelly.

Winning the trust of small businesses is not always easy, but one brand that seems to have succeeded is WordPress. According to the new SMB Trust Index, WordPress is the most trusted brand for small businesses, with a Net Promoter Score of 50 in Q2 2016. Languishing at the bottom of the list are Web.com (-62 NPS score) and Yelp (-65 NPS score).

Need  to Get Off the Phone? Microsoft Bookings Will Handle Customer Scheduling

Small business owners are jacks of all trades, which is a great attribute, but can be overwhelming if there is not enough help and the business is growing faster than expected. However, digital technology has introduced many solutions that have made it possible to run a business single-handedly without pulling out your hair.

In his keynote address to partners on Monday at the annual Sage Summit, held in Chicago, Sage CEO Stephen Kelly introduced several new initiatives designed to build on his company’s partner strategy. These include the Sage Partner, Marketplace, Community and Rewards programs.

UPS (NYSE:UPS) has announced a major expansion of its UPS Worldwide Express that will see the world’s largest package delivery company provide customers with next day shipping to 117 countries across the globe. Over 50 countries and territories have been added to the UPS Worldwide Express service, which guarantees delivery on the next business day by 10:30 a.m., noon or 2 p.m.

A communications tool used to facilitate online meetings will soon have the capabilities to translate the remarks of participants and preserve a written transcript of what was said. Microsoft (NASDAQ:MSFT) announced last week at its Worldwide Partner Conference in Toronto that it would be adding automatic transcription and translation for Skype Meeting Broadcast.

Does Census Data Suggest Progress Towards Gender Equality in Entrepreneurship?

Data from the 2012 Survey of Business Owners — the Census Bureau’s quinquennial examination of business ownership — indicates that the fraction of women-owned businesses increased substantially between 2007 and 2012, the most recent year the survey has been completed. But on other measures of entrepreneurship, there has been less progress.

Watch Out for Modobag! It’s Motorized Luggage You Can Ride — Really

Ah, the road warrior of the business world. The image is almost universal — a business person in the airport running along pulling their luggage, a laptop on one shoulder, a carry on, an overcoat of some kind, and the always present pastry and coffee.

Amazon is Going Outside the U.S. to Test Drone Delivery (Watch)

Remember that drone delivery service from Amazon you’ve been hearing about? Well, the company is finally getting to do some testing in preparation even if the actual implementation of the program could still be a ways off here in the U.S. Amazon is partnering with the U.K. Civil Aviation Authority to test the technology, since U.S.

The Federal Communications Commission (FCC) has approved a proposal that would make room for software, hardware devices and other technology innovations to compete with the set-top boxes that consumers lease from cable, satellite and telco companies.

How Good a Deal Did You Get on Your Smartphone? ZTE Still Has You Beat

It doesn’t matter how great a deal you got on your last business smartphone, there’s one company that almost certainly has it beat.

Pokemon Go’s massive breakout popularity could propel some other tech companies into the world of augmented reality success. Microsoft’s HoloLens, for example, is an AR headset that could let users play games like Pokemon Go without having to actually look through a phone screen.

Verizon  Will Acquire Yahoo for $4.8 Billion with Advertising Assets Being Added to AOL

As you apply sunscreen before you go outside or spend the afternoon at the beach, how sure are you that you have covered all of the areas that will be exposed to the sun? Sunscreenr is a small and lightweight viewer that lets you see where your skin is covered or not covered by sunscreen.