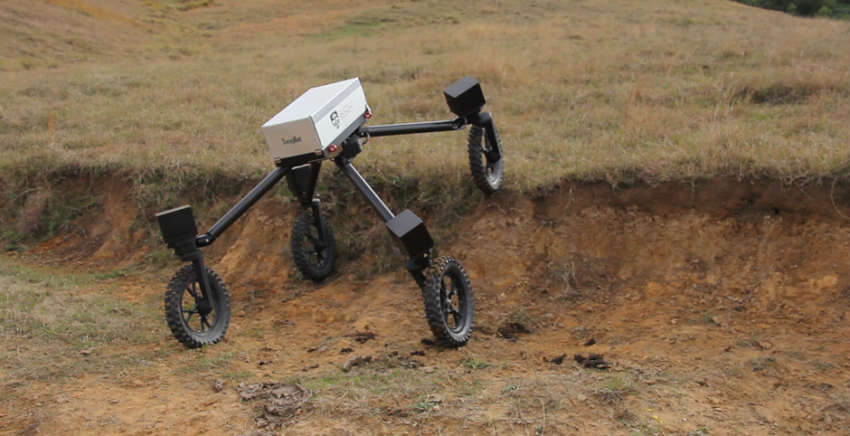 Small farmers and ranchers may soon find their new hires are no longer human. But if a group of robotics researchers have their way, they may end up with something even better.

The Rise of the Farm Robot

The SwagBot, an omni-directional electric robotic ground vehicle, developed by the Australian Centre for Field Robotics (ACFR) has been designed to assist farmers in monitoring their property and cattle.

The ACFR has been researching ways in which the agricultural community can use autonomous, remote-sensing and robotics with intelligent software over the past decade. The SwagBot is one of several of the prototypes the organization has been testing.

As reported by Mashable Australia, the SwagBot so far has proven it can get around in rugged environments efficiently. Salah Sukkarieh, a professor of robotics at Sydney University and project lead for agricultural robotics at ACFR, tells Mashable:

“Because of the type of terrain … it needed to have enough power and articulation capability to clamber over logs and ditches. We’re looking at how we can increase the level of autonomy so it makes it easier for the growers, which are usually just one man.”

According to the report, the battery-operated all-wheel drive bot can reach speeds of 9 to 12 mph on smooth terrain. With researchers looking to deliver the SwagBot in the $20-25,000 range, it remains to be seen if the total cost of ownership will be worth it for farmers. 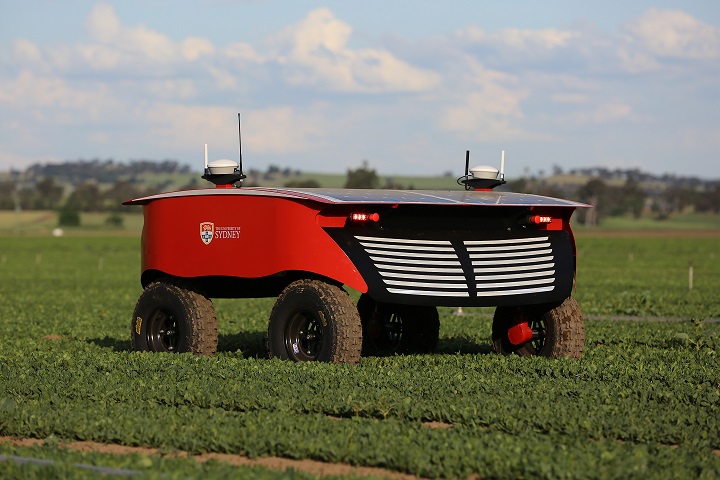 In addition to the SwagBot, ACFR also has created Robot for Intelligent Perception and Precision Application (RIPPA) which will have another robot called Variable Injection Intelligent Precision Applicator (VIIPA) mounted on top of it to autonomously shoot weeds at high speed using a directed micro-dose of liquid. 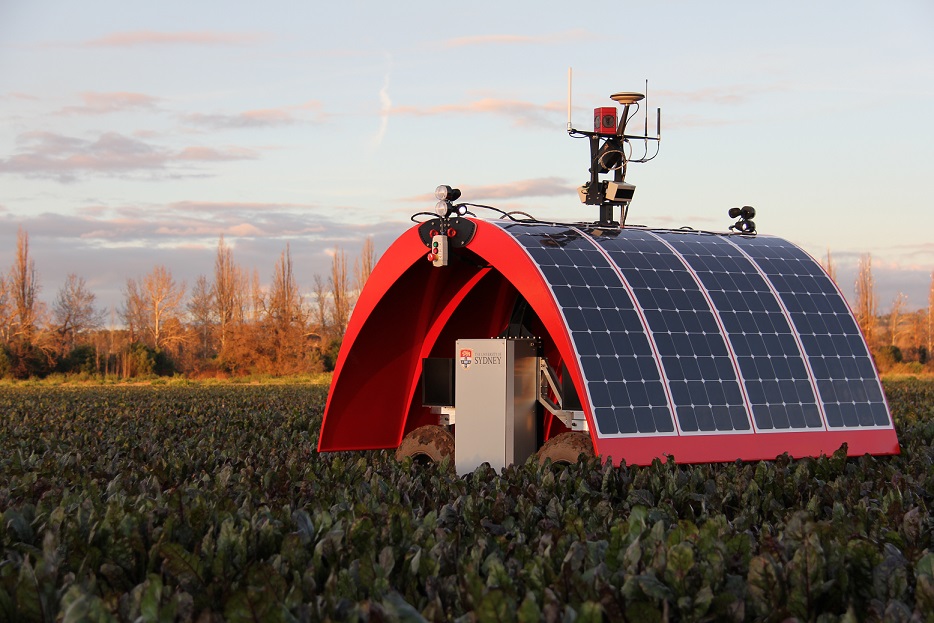 The Ladybird is a mobile ground farm robot designed to monitor and harvest vegetables in a broad-acre setting by carrying out autonomous tasks in the farm, including mapping, classifying, detecting, weeding and eventually harvesting different types of crops.

The need for more efficiency in agriculture is being pushed by industrial scale farmers owned by large corporations around the world. However, once costs are low enough, it’s also possible these devices may make management of smaller agricultural operations easier too.

Larger growers are implementing farm management systems to produce the greatest yield by scrutinizing every piece of data to the granular level in order to find ways to maximize output. The role of robotics in this new environment will be to monitor the land, plants, livestock, environment and more.

A report released by the UN agency, The Food and Agriculture Organization, revealed by 2050 agricultural production will have to rise by 70 percent to meet projected demand. This of course means farmers will have to increase their yields dramatically, and robotics is just one piece of the puzzle that will make this possible.

Robots in the Workforce

Industrial robots have been around for some time, and most people have accepted their use in these settings. But as the development in robotics continues to deliver more sophisticated devices with greater capabilities, their deployment in other parts of the workforce has raised many questions.

Fears that technology will lead to increased unemployment are legitimate. But the past has shown human beings are able to adapt to the changes and generate new opportunities. Still, it is important to point out the technology being developed today is much more sophisticated.

As reported in the Harvard Political Review, “Computers and other digital advances are doing for mental power … what the steam engine and its descendants did for muscle power.” Basically what the report is saying is, it is not just manual labor that will be in danger.

On the other hand, if these machines become available to smaller companies and entrepreneurs, they may be used creatively to level the playing the field making it easier and easier for these smaller businesses to compete.