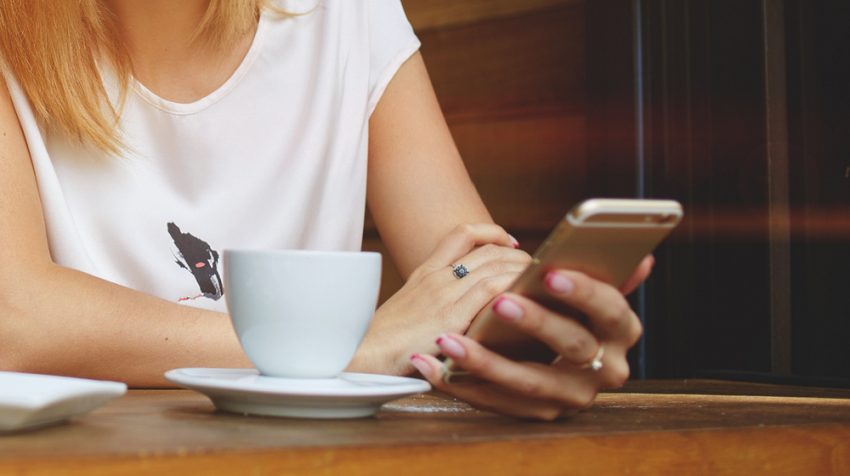 You are probably familiar with the phrase, “There ain’t no such thing as a free lunch,” which means it’s impossible to get something for nothing.

That’s true about most things in life, including Internet technology. In the net tech world, “free” usually comes with a price tag, often in the form of advertising.

Facebook is free, but users have to contend with ads in the news feed and elsewhere. The same holds true for Twitter, though less obtrusively.

It also holds true for free text, data and VoIP phone apps such as Sideline, Textfree and TextMe, each of which incorporates advertising into its platform.

Do Free Mobile Services Apps Deliver on Their Promise?

Does the fact that an app utilizes ads to make it free to users — and small business users in particular — mean it’s less likely to deliver on the promise of quality communications? And what must users put up with in return? Is viewing and interacting with ads worth the hassle?

According to Julien Decot, TextMe’s chief financial officer and marketing head, who spoke with Small Business Trends, incidentally, via Skype, just because a technology is “free” doesn’t make it bad necessarily, or less appealing. In fact, where small business is concerned, he says free can be a very good thing.

Since TextMe is free, the cost is a moot point. Free certainly beats expensive traditional PBX systems, which don’t offer SMS and data. And depending on the amount of funds available in a small business owner’s wallet, it can also be better than less costly cloud-based unified communications systems such as NetTALK and Vonage, which do.

Regarding convenience, Decot says TextMe provides the ability for users to work from their computer to send and receive SMS messages and phone calls, and then transition seamlessly to their mobile phone once they are on the move.

“TextMe offers services a business would normally get from a mobile operator for free in exchange for users knowingly interacting with ads,” Decot says describing the overall benefit people receive from using his app.

It’s the “knowingly” part of his statement that carries the most significance. If a business owner is willing to make the trade-off between viewing ads and texting or calling for free, then to Decot’s point, free isn’t all that bad.

Apps like TextMe may not be ideally suited for companies with multiple employees but can be helpful to single-person operations — particularly those where the business owner uses his mobile phone to make or receive work-related calls.

In that case, Decot says that having a number designated for work, which TextMe provides, can help the business owner keep his personal number private.

Typically, users of these services will see ads appearing in their text message stream, such as in this example from TextMe. 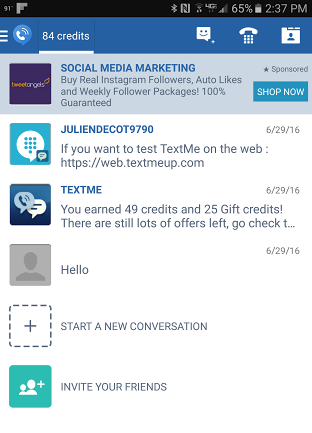 Also, to make phone calls, users must accrue “credits” by watching videos, clicking on ads, completing surveys or installing third-party apps, which they then apply to minutes used during the call.

As an alternative, TextMe offers a companion app, FreeTone, which shows ads at the end of the call, enabling users to make as many calls as they like within the U.S. and Canada without ever incurring a cost.

Small business owners will have to draw their own conclusions regarding the worth of “free” apps like TextMe. For some, the decision to use them may relate to budget. For others, it may be the value of convenience that Decot describes. Ultimately, it comes down to whether they are OK with seeing and interacting with ads, to keep the service free.

Woman on Phone Photo via Shutterstock