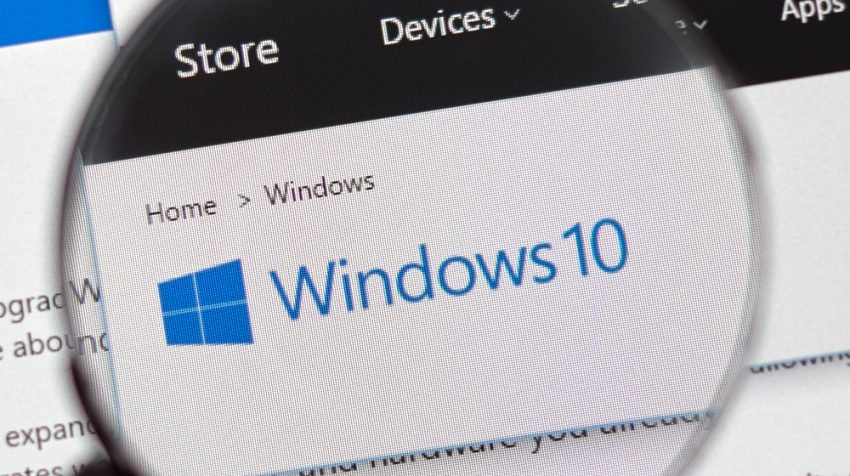 An acquisition by a major small business service provider and a big announcement by Microsoft top the news this week. Leadpages announced an acquisition that should improve its marketing automation service. But, just as important, Microsoft announced a major change that puts Windows security and management capabilities once only available to big businesses within the reach of small business customers.

Read on for these news stories and more in this week’s Small Business Trends news and information roundup.

Starting this fall, small businesses will be able to get Windows 10 enterprise-grade security and management capabilities for just $7 per user per month through Microsoft’s Cloud Solution Provider channel. The announcement was made Tuesday during the Microsoft Worldwide Partner Conference 2016 event.

What makes a video go viral? One Australian company recently tried to find out through a series of fake videos depicting things like a snowboarder getting chased by a bear and a hunter getting attacked by a lion. In total, the Woolshed Co. released eight videos, which received more than 205 million views overall.

Many small businesses already understand the value of video when it comes to marketing. But what about if you want to make video the product that your business sells? In that case, you wouldn’t want to just upload your content to a site like YouTube where anyone can access it for free. But building your own secure channel can be complicated. That’s where Uscreen comes in.

Many may instinctively shudder at the thought of climbing interest rates. That’s why families and investors from across the globe were left jumping for joy after Federal Reserve Chairwoman Janet Yellen announced last month that America’s central bank would yet again hold off on increasing the country’s artificially low rates.

Small Businesses Need to Fill These In Demand Jobs

We know that transportation jobs are in high demand by small businesses. More specifically, heavy and tractor-trailer truck drivers and delivery drivers are what small businesses need most. And they’re having a difficult time finding the right people, according to survey data conducted by Indeed.

Freelancers are in demand. Especially those who possess good development or content marketing skills. That’s what the Upwork Skills Index, a new study conducted by freelance website Upwork has found. The study highlights 20 skills that grew fastest in Q2 2016.

Microsoft (NASDAQ:MSFT) last week announced that Kevin Turner is leaving the company after 11 years as chief operating officer (COO), effective July 31, 2016. He will be joining Citadel Securities, a market maker of US stocks and options, as Chief Executive Officer. As Microsoft’s COO, Turner oversees the company’s worldwide sales, field marketing and services organization.

Starbucks is giving all of its employees a raise. The coffee shop giant recently announced a 5 percent increase in base pay across the board beginning this October. CEO Howard Schultz explained in a letter to employees, “Striking the delicate balance between profit and a social conscience is a responsibility I take personally.

As Serena Williams and Andy Murray celebrated their 2016 Wimbledon victories this weekend, few fans probably considered the tennis balls they used during the tournament — those that don’t wind up as the cherished keepsakes — would likely end up in the trash.

Would you pay $11,000 for a haircut? Seems a little steep, right? Well, that’s roughly the monthly salary of Olivier B, the barber for French President Francois Hollande. The barber’s lawyer tried to justify the high cost by saying that he must be available for the President at all times.

What do you get when you mix one part project management software with one part real-time collaborative communication and one part artificial intelligence? You get what was announced at Cisco’s (NASDAQ: CSCO) annual IT and communications conference, Cisco Live.

Spotlight: Smartlook Shows You What Your Site Visitors are Up To

Having a business website is no longer optional. In fact, just having a site isn’t enough. You need a site that really works for your customers. And to do that, you need to look at your website from their point of view. Smartlook is a tool that aims to help businesses achieve that viewpoint.

Omnicharge is Portable Power Beyond the USB

A mobile business — one that’s truly free of the encumbrances of the four-walled office space — has its limitations. And usually those limitations come down to the life of your batteries, be they the batteries on your phone, laptop, camera, or some other gizmo or gadget that you use to run the business on the road. In-car phone chargers are as good as can be expected.

You don’t have to be an expert on the mobile communications industry to know Windows Phone is on life support. According to the latest Gartner report, the operating system is in a downward spiral, going down to 0.7 percent of the total market share with only 2.4 million units sold in Q1 2016. This was a 70 percent plunge from the previous year.

Before you invest in a smartphone for your business, it’s always wise to ask if you’re getting what you paid for. For many of the flagship smartphones out there, the case can definitely be made that they are worth the price.

An April Fool’s ad from Google back in 2014 teased an app that would allow users to search the world around them for wild Pokemon. At the time, this idea was only a joke from Google, and sounded ridiculous to consumers and businesses alike. But two short years later, another company has made that idea into a real app – and a very successful one at that.

What David Morgenthaler Taught Us About Entrepreneurship

On June 17, the world lost David Morgenthaler — a great entrepreneur, iconic investor, major philanthropist, and just plain brilliant man. For me the loss of David Morgenthaler was personal. David taught me more than anyone else — academic or practitioner — about investing in startups. Much of what I teach my students is basically David’s wisdom.

In addition to flying drones, cutting edge technology is now expanding to the realm of biorobotics where robots are being created to mimic animals in order to handle outdoor and complex environments for use as service robots, search and rescue robots or field robots.

The number of companies producing 2-in-1 computers is growing as users want the convenience of smartphones, tablets and PCs all rolled into one. And perhaps no user is so in need of this versatility in their tech as the small business owner who wears many hats and needs to perform a wide variety of tasks on a budget.

Have You Seen Gravit, a Free Alternative to Adobe Illustrator?

Marketers have long known that images are the ultimate online marketing power-up. They attract attention, hold that attention, and increase engagement. Many small businesses find images online to be an affordable approach that suits most situations.