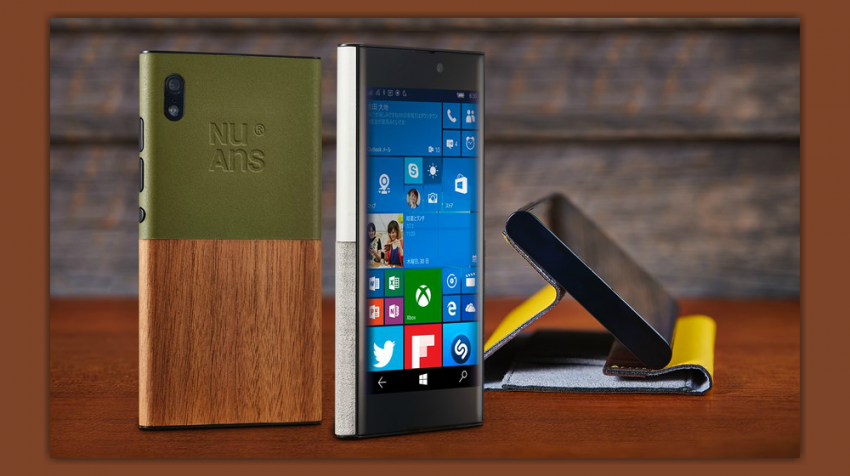 You don’t have to be an expert on the mobile communications industry to know Windows Phone is on life support. According to the latest Gartner report, the operating system is in a downward spiral, going down to 0.7 percent of the total market share with only 2.4 million units sold in Q1 2016. This was a 70 percent plunge from the previous year. There is no telling where it will end up, but there’s a Japanese company with a Kickstarter campaign for a Windows Phone it calls NEO hoping perhaps it will make a miraculous comeback.

The NEO is made by NuAns — meaning nuance or new answer — and the one standout of the phone is the modular back exterior, which lets you achieve 72 possible configurations with covers that are sold separately. This seems to be the company’s selling point, because it is repeated many times on its site and in its Kickstarter campaign.

In addition to the swappable covers, the phone has a case called The FLIP that stores multiple credit cards and can also be used as a stand for the phone. 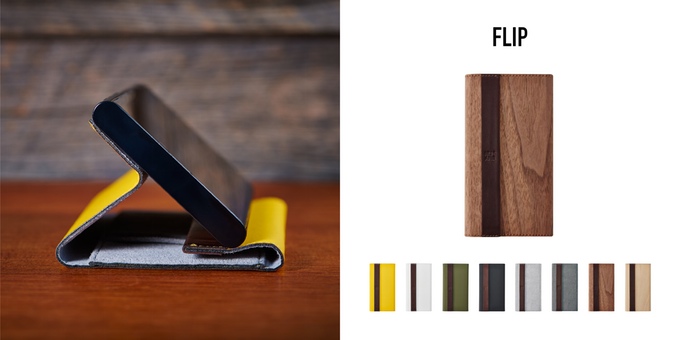 Other than that, the phone has little technology that you can’t find on any mid-level smartphone manufactured today. The NEO has a Qualcomm Snapdragon 617 processor running at 1.5GHz, 2GB of RAM, 16GB of internal storage expandable up to 128GB via microSD card, a 5-inch HD display (1,280 x 720), and a 3,350 mAh battery.

The idea behind Windows 10 Mobile sounds great, because Microsoft is trying to unify its desktop, tablet and phone operating system into a single OS. This includes support for Continuum on newer phones, which is a feature that automatically adapts the user interface depending on what device you’re using. If you attach a monitor, mouse and keyboard to your smartphone, Windows 10 will default to desktop mode. For businesses that have Microsoft applications this is a great feature, because it lets you shift seamlessly between devices without any compatibility issues.

The universal Windows platform (UWP) is another great feature that lets developers build a single app capable of adapting based on your device and screen size. A single app can work on a Windows 10 computer, Windows 10 tablet, Windows 10 Mobile smartphone, Xbox One console and HoloLens headset. This has a great potential for uniting all of Microsoft’s products, again without the compatibility issues everyone dreads with digital technology.

Can the NEO Make it?

Still, NuAns is going to be fighting an uphill battle because of the operating system it has selected, as well as the midrange specs of its phone. It is also worth mentioning the phone is pretty big compared to the sleek and thin smartphones in the marketplace. It is 11.3 mm thick, compared to the 7.5 to 8.1 mm dimensions of the iPhone and Samsung 5 series phones respectively, for example.

As far as the funding goes, the company’s Kickstater campaign has raised a little over $117,000 of the $725,000 needed to produce the phone, with 30 days to go. There is no way to predict one way or the other, because stranger funding campaigns have met their goals on Kickstarter. Would you be interested in a phone like this for your business?