Make Money, Get New Customers Now Thanks to Pokemon Go 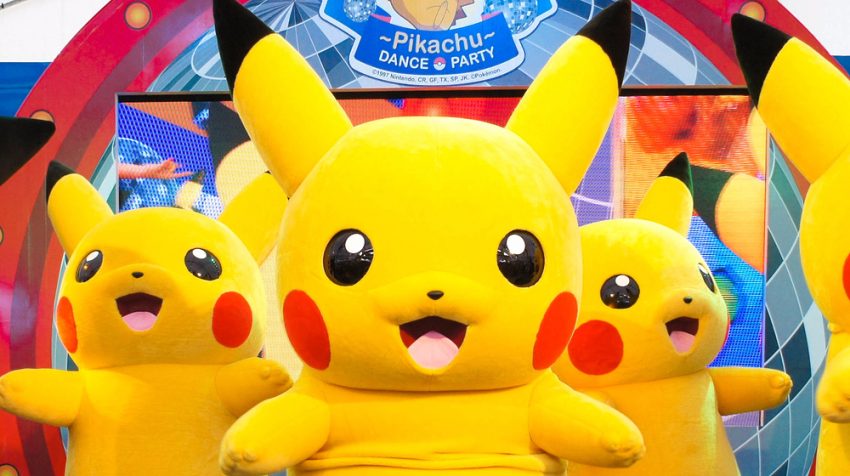 If you don’t know your Pikachu from your Pichu or if you have no idea what either of those are, that doesn’t mean you have to stand out in left field as the rest of the world — and thousands of businesses big and small — capitalize on the Pokemon Go craze.

Since Pokemon Go is largely a community interactive game, all you really have to do is participate in your community and with those playing the game, even in indirect ways. It doesn’t require a lot of money to get in on the fun and excitement. And it doesn’t require you to really get too involved, so if you’re not interested in Pokemon, just in the money and awareness it could bring your business, read on.

Here’s another reason it might be a good idea to get in on the craze now.

Many of these tips, if followed, could likely be laying solid groundwork for the future. Not only are you showing your trendy side and potentially endearing yourself and your business to a whole new audience, you are preparing to be part of the next thing after Pokemon Go.

See, the PokeStops loaded into the game are essentially re-purposed locations from an older augmented reality (AR) title from the developers of Pokemon Go, Niantic.

So, it stands to reason that if and when Pokemon Go is old news, Niantic is unlikely to leave the framework for this game just fizzle away into virtual history. It’ll be the basis for the next game or another game in addition to Pokemon Go and you’ll be there, already prepared.

Here are 20 ways you and your small business can get in the game. Try to catch them all!

If your business has a gift card kiosk or is a location where Google Play and iTunes gift cards are sold, you can promote the fact that these credits can be used inside the Pokemon Go game. Even though the app is free initially, players can make in-app purchases of things like Lures.

Put a sign in your window promoting the gift cards that indicates these are a way of playing (or adding on to) Pokemon Go. Sure, this may not be a big money maker for your business but it brings people through the door.

Encourage Pokemon trainers to share their screenshots of rare Pokemon they find to your social media pages and then share (and tag) their finds with your company’s followers. 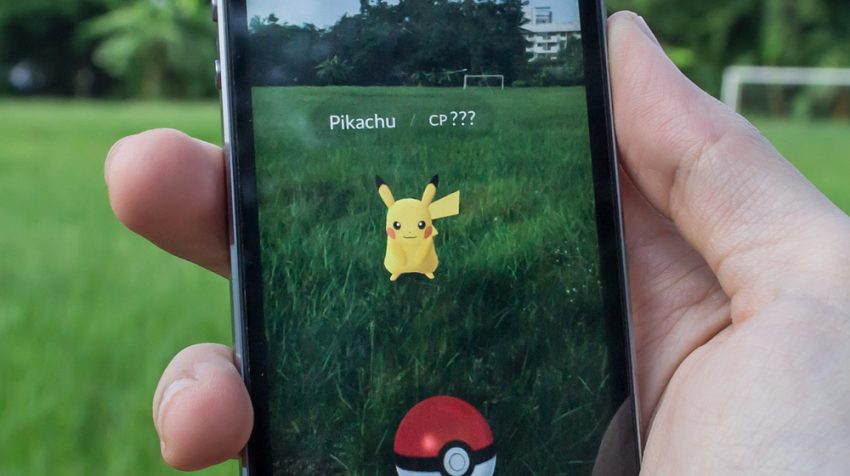 Offer a promotion or small prize to those trainers who find some truly unique Pokemon.

Be Part of a Pokemon Hunt

Contact the organizer of a local Pokemon hunt. In some communities, groups are getting together to go out looking for Pokemon. These treks are often along a route and organized by someone. Get a hold of that person and see what it takes for that route to go by your location.

Promote Proximity to the Nearest PokeStops on Your Website

Are there PokeStops near your business? Promote that fact on your website and social media sites. Even Yelp now has a feature that shows visitors how close your location is to local PokeStops. 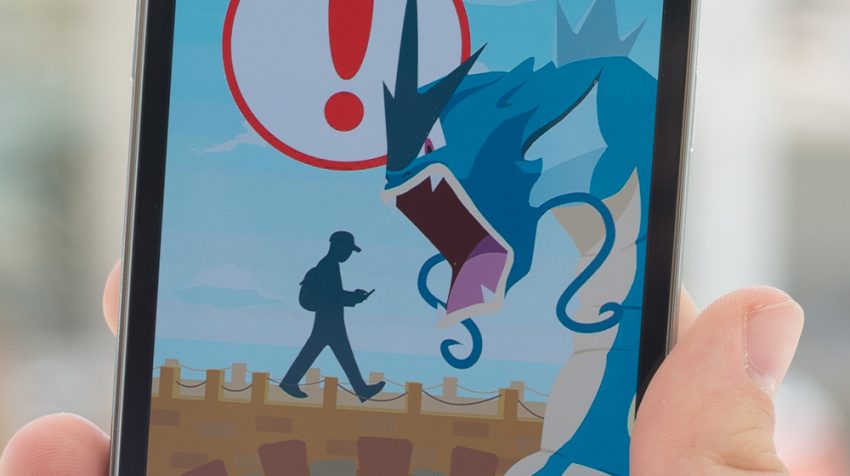 Set Up a Pop-Up Shop Near a Local PokeStop

You can take your business to the game if you’re able to create a little pop-up shop near a local PokeStop. Get your best products together or come up with a way to feature a single product or two and take it to the people where they are congregating at these PokeStops.

Stick a sign in your window or outside your shop and point it to some nearby PokeStops. You may not benefit directly from this maneuver but it’ll show the outside world that you’re up on the latest trends. 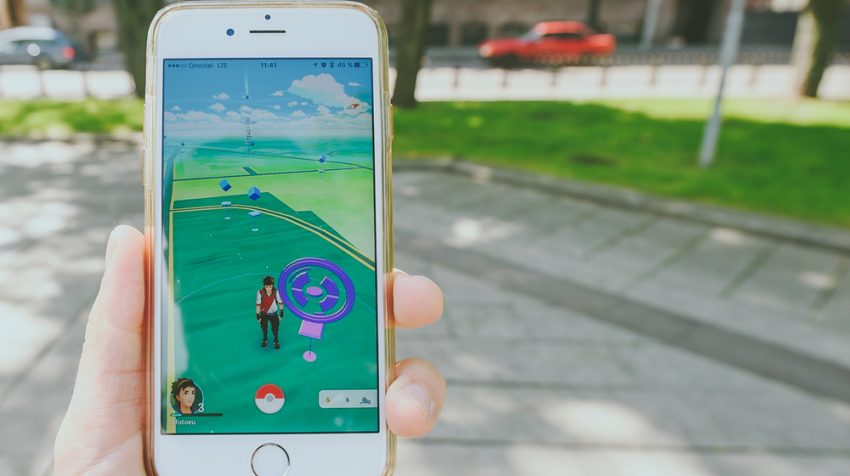 It can’t hurt to be able to talk with your customers about this whole thing, right? Download the game — remember, it’s FREE — and play a little. Even a few minutes (hours) can help you relate to your customers a little better. Also, we’ve checked, and there’s no law against having a little fun while running your business!

So, we said these could all be done for little money. Get out your wallet and be prepared to spend a whole $2 on a pack of Pokemon Lures. For $1.99 and lasting a half-hour, you can become a veritable font of Pokemon. Lures create a sudden and short-lived run on Pokemon near you.

Before you release the lure, be sure to promote the fact on your company’s Facebook page or Twitter profile. If there are trainers afoot and afield, they’ll see this and head your way.

The media — especially the visual varieties — are always looking for a local spin on a national or global phenomenon. Are you a Pokemon expert? Perhaps you’re a comic book or fantasy shop owner? Let your local media know that you’re available for comments and questions.

Consider dusting off some old Pokemon tchotchke and gewgaw to have a little ready-made backdrop or eye candy that’ll look good in photos or on video.

The interest in this new form of Pokemon is surely going to drum up interest in where it all started. If you’re a collectibles or trading card purveyor, it may be time to go into your storage areas to find your Pokemon cards. A quick scan of eBay’s Sold Pokemon listings shows that two sales per minute — at least — are happening there. 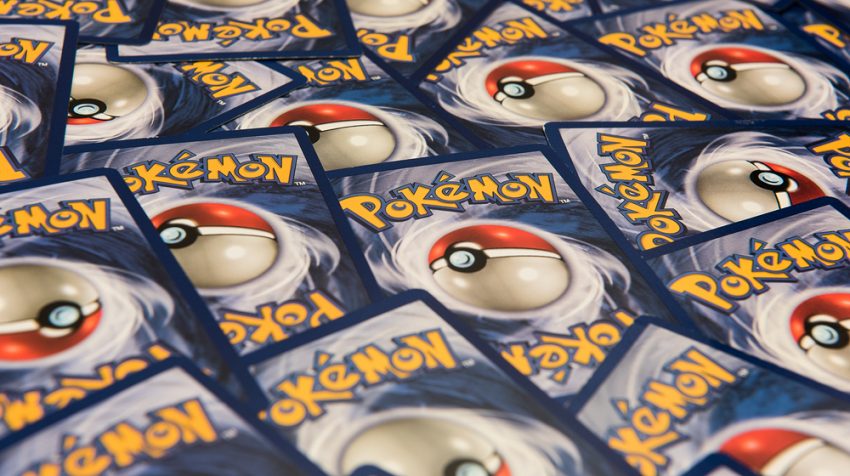 The same goes for any old Pokemon merch that you once thought was ready for the rubbish.

Be part of the virtual community playing this game. Share photos of captured Pokemon — better if they’re local to your company or followers of your business online — and even offer a discount or prize for someone who’s caught a certain Pokemon or a particularly rare one.

Offer a Promotion to Pokemon Trainers

Are people constantly walking by your location looking down at their phones? Especially lately? They’re probably Pokemon trainers. 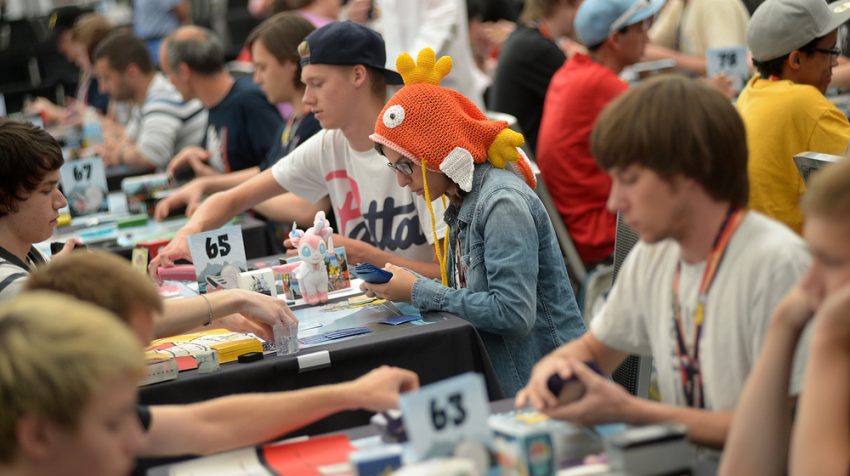 Put together a quick little combo deal for these people to entice them to pop into your shop. For instance, a local pizza or burger joint could promote a “Pokemon Trainer Special” if only to get the attention of passersby.

Apply For a PokeStop

This one’s probably a long shot right now but it doesn’t hurt to sign up to be an official PokeStop. Right now, it doesn’t appear you’ll get approved or even get through to Niantic, the developers behind Pokemon Go, but the more this grows, there could be a time when rules on where PokeStops are allowed could change.

In this case, your persistence could have you ahead of your competition locally.

Does your business sell smartphones or tablets? Remind people that the device they’re using may not be the best for playing Pokemon Go and casually mention how you sell devices that do. 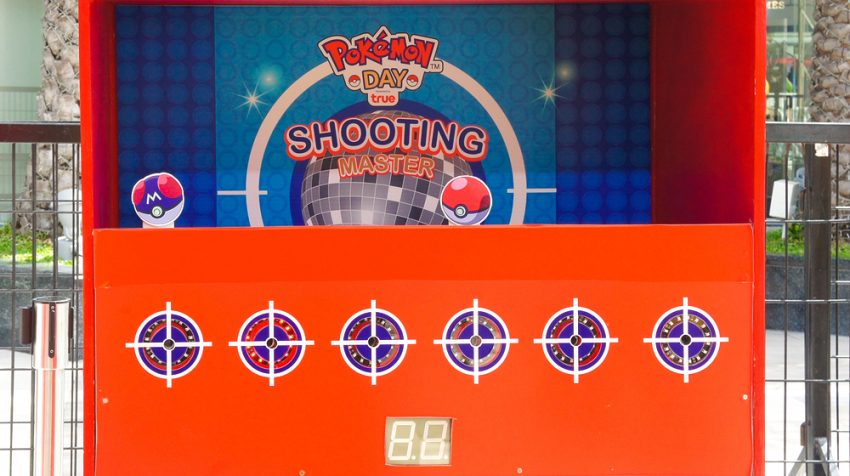 Do a quick search of Pokemon on the web to see what all the basics look like to maybe tie in the theme a little more.

Babies in Pikachu costumes … hardly anything cuter than that. Even better … pets! If a picture is worth a thousand words, photos of little ones in these outfits are worth a thousand Ws in “Awwwwwww!”

Host a costume contest at your location. Alert the media because they’ll eat this idea up and give away prizes for the best costume.

Do you sell Pokemon merchandise of any kind? Get this stuff front and center for your customers or passersby to see.

This one’s for the cake decorators and similar businesses. At least you can take a break from making the same-old same-old, right?

Be Ready for What’s Next

At some point — sooner or later — this craze will go away but there’s always something next. Use these same techniques for when that next craze comes along.

Do exactly what Niantic did when it started Pokemon Go.  It saw the potential of a Google prank and jumped on it.  Read:  Pokemon Go: From April Fool’s Joke to Big Success.