Omnicharge is Portable Power Beyond the USB 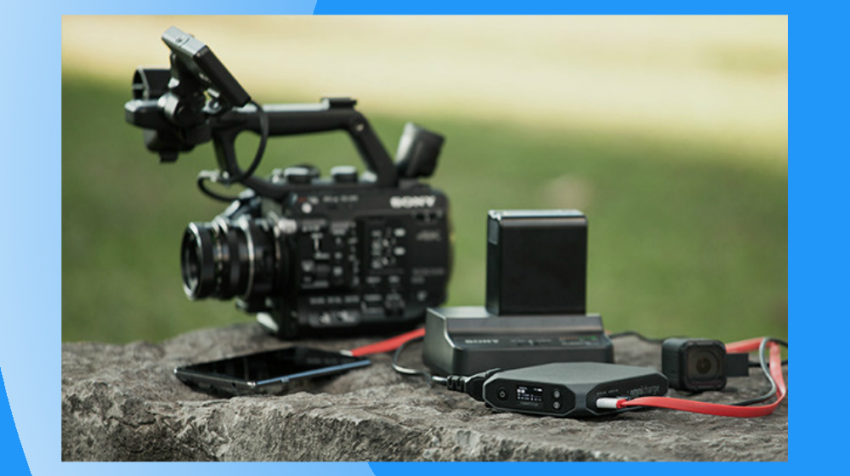 A mobile business — one that’s truly free of the encumbrances of the four-walled office space — has its limitations.

And usually those limitations come down to the life of your batteries, be they the batteries on your phone, laptop, camera, or some other gizmo or gadget that you use to run the business on the road.

In-car phone chargers are as good as can be expected. And those in-pocket power bar hubs with at least one USB port can be a life — or at least phone — saver. Let’s face it though, they’re not exactly breaking any world records when it comes to speedily recharging a dying battery, right?

Plus not all business can be done from a phone. And not all devices are powered by USB.

Well, here comes the Omnicharge. This is the latest in the power-up on-the-go arena. The device — currently being handsomely backed in an Indiegogo campaign — is capable of powering and/or recharging up to three devices, including ones that require an AC/DC power outlet (three-prongs). In addition to this port, there are two high-speed USB power ports.

And the makers of the Omnicharge say the device can use all three ports simultaneously. Conceivably, you could be running your laptop while you’re charging your phone … in the middle of a cornfield, without the least concern about the battery life of your devices.

Of course, the presence of a traditional electrical outlet means you’re not limited to only USB powered devices. Just about anything that uses a plug can be connected and run.

Omnicharge is touted as the smallest portable charging device of its kind. And it’s also being called a smart charge. Omnicharge purportedly will know what device it’s charging or powering once it’s plugged in. This will prevent any device from getting the wrong amount of power.

According to the device’s Indiegogo campaign page, the Omnicharge will run a laptop for up to 13 hours on a single charge of its own. It’ll run a TV for three hours! You’ll be able to charge a smartphone nine times (or recharge up to nine smartphones once each if a company retreat goes awry).

An OLED screen on the Omnicharge allows you to monitor how long it’ll take a device to charge, how much juice is left in the power bank itself and how much energy is being directed at connected devices.

Omnicharge is being sold in two models, the base model (13600mAh) and the Pro (20400mAh). The Pro is slightly bigger (about a half-pound heavier, too) but only measures about 5 inches x 5 inches.

The Indiegogo campaign is doing rather well, far exceeding its $50,000 goal. There are more than 1,500 backers who’ve given more than $220,000 with a month left in the campaign. For a contribution of $129 you get the Omnicharge Pro and $99 gets the base model. There is a discount if two of each are ordered.

Backers can expect the device in October 2016.

Joshua Sophy is the Editor for Small Business Trends and the Head of Content Partnerships. A journalist with 20 years of experience in traditional and online media, he is a member of the Society of Professional Journalists. He founded his own local newspaper, the Pottsville Free Press, covering his hometown.
20 Reactions
Subscribe
Follow @smallbiztrends
RSS LinkedIn Pinterest iTunes