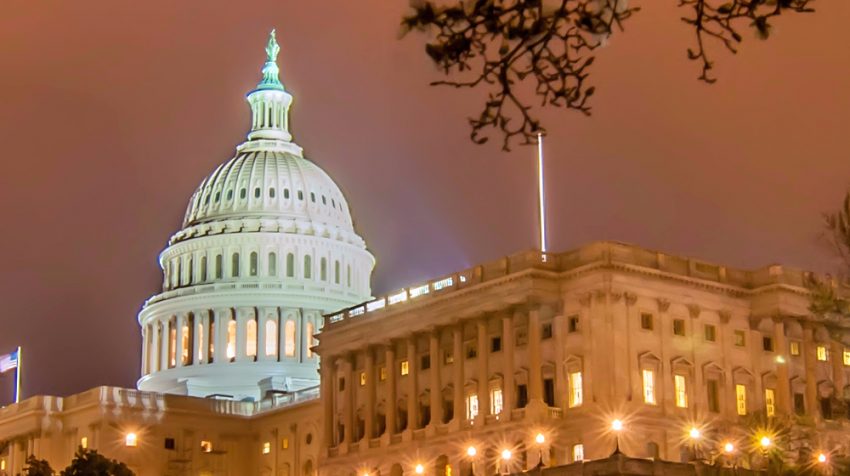 A bill now moving through the Senate is being hailed as a triumph for small business. The legislation, if approved, would make it easier for loan officers leaving a big bank to take a job with a small independent lender or start a brokerage.

The bill, H.R. 2121, referred to as the SAFE Transitional License Act of 2015, introduced by Rep. Steve Stivers (R-OH) in 2015, modifies the SAFE Mortgage Licensing Act of 2008 by giving mortgage loan originators a 120-day grace period to obtain a new license when changing jobs so they can continue to originate loans.

The bill’s provisions apply to loan officers who move from a federally insured depository institution, such as a bank or credit union, to an independent mortgage bank or brokerage firm, some of these small businesses. It also provides transitional authority to mortgage loan originators who move from one state to another. To qualify, these individuals would have to be employed by a financial institution for the previous 12 months.

Loan originators employed by federally insured depositories must obtain a state license to become a mortgage loan originator at a non-bank institution. The process can take weeks or even months to complete due to stringent requirements that include pre-licensing and annual continuing education requirements, passage of a comprehensive test and criminal and financial background checks. They must also register with the National Mortgage Licensing System and Registry.

Because the SAFE Act of 2008 contains no transitional license provision, it “inhibits job mobility and puts independent mortgage lenders at a considerable disadvantage in recruiting talented individuals,” Stivers said in a press release announcing the bill.

Unless the new bill passes, loan officers who move from federally-insured institutions to a non-bank lender must “sit on their hands for weeks, even months, while they meet the SAFE Act’s licensing and testing requirements,” he said.

H.R. 2121 is a simple solution that would allow these individuals to continue working and underwriting loans, while in no way weakening the consumer protections of the SAFE Act, according to Stivers.

Both Stivers and Rep. Jeb Hensarling, Financial Services Committee chair, agree that this is a job’s bill that affects small businesses.

“This is a jobs issue, providing qualified mortgage professionals more portability and a minimal amount of work disruption when making a change in an employer,” Stivers said in a press release announcing House support for the bill.

In an email to Small Business Trends, he added, “This bill reduces the regulatory burden on small businesses and lenders by ensuring qualified mortgage professionals can continue to originate loans during a work transition.”

Hensarling, in a Financial Services Committee press release, said, “I believe most of us would agree that our economy works better for all Americans when small businesses can focus on creating jobs rather than navigating bureaucratic red tape.”

Support for the SAFE Act

Industry groups such as the Mortgage Bankers Association (MBA), Community Home Lenders Association (CHLA) and the National Association of Independent Housing Professionals (NAIHP) strongly support the bill. Leaders from each group made the following comments in a statement:

“In today’s dynamic mortgage marketplace, this bill addresses the need for true labor force mobility across state lines and between institutions,” said MBA chairman Bill Cosgrove. “It also offers no new regulatory burdens, and is well within the guardrails of current oversight by state regulators and the Consumer Financial Protection Bureau.”

Following the passage of the SAFE Act of 2008, many broker lending officers went to work for the banks, said NAIHP president Marc Savitt.

“Such disclosures would show if lending officers are licensed and meet all the requirements of the SAFE Act, including an independent background check and continuing education courses,” he said.

The bill recently won the support of the House and has now been passed along to the Senate Committee on Banking, Housing, and Urban Affairs, for consideration.

Paul Chaney is a Staff Writer for Small Business Trends. He covers industry news, including interviews with executives and industry leaders about the products, services and trends affecting small businesses, drawing on his 20 years of marketing knowledge. Formerly, he was editor of Web Marketing Today and a contributing editor for Practical Ecommerce.
Leave a Reply Cancel reply
Subscribe
Follow @smallbiztrends
RSS LinkedIn Pinterest iTunes