Social Selling In the New World of B2B 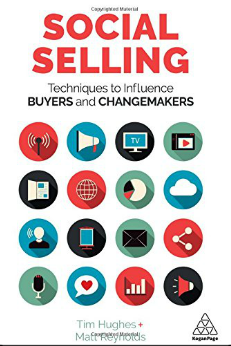 In the new world of social media, it seems that every business is encouraged to Tweet, Pin, post, blog, use Periscope, create content for Vine and Snapchat and generate viral video for YouTube. It doesn’t matter if you sell elevator cleaners or vacuums, almost every single business and industry will face this conversation at some point in time.

What’s behind this push to be more social? Is it really the evolution of business or just another over-hyped fad that’s getting in the way of making more sales?

Social Selling: Techniques to Influence Buyers and Changemakers intends to help sort it all out.

What is Social Selling About?

Social Selling delves into the potential power of using social media and networking as the new mechanism for B2B sales. The book argues that the traditional method of B2B sales, effectively pitching your idea to a C-level executive or decision maker, doesn’t work anymore.

Businesses have options now. With the click of a button, they can research a company’s services, reputation and reviews in less time than a sales person can do their elevator pitch.

Realizing that we live in this kind of world, the book argues, sales people need to wake up or get left behind. The book doesn’t argue that sales people will be gone, but that they need to evolve. That evolution comes in the form of a Social Community Manager (SCM), a position designed to build community and move them toward the sales.

The authors of Social Selling don’t argue for engaging in social media just for its own sake. Social media, they argue, can be a tool to help sales staff attract cold leads, nurture warm leads and establish an ongoing (rather than fixed) relationship that provides more value to everyone involved.

In short, the premise of this book is that you don’t need one million followers to “win” at social media as a business. You need a defined community that you interact with and a system for maximizing that interaction. You can achieve that level with a follower count that is lower than a hundred or higher than a million.

The book is collaboration between Timothy Hughes and Matt Reynolds. Hughes is the former UK Business Development Director of Oracle where he managed a $110 million budget and is now a popular blogger, speaker, and social media expert

Reynolds is a serial entrepreneur and founder of Elixia Marketing and Red Piranha Labs.

What Was Best About Social Selling?

Although the book recognizes nuance, Social Selling does tend to make an assumption that should be recognized. The assumption is a belief in the “changemaker” or “influencer” effect. Under this “effect”, all a company needs to do is to influence the changemaker and a chain reaction of sales will eventually follow. Social media and networking, in general, are a bit more complex than that. Additional emphasis on building the initial platform to get a community could be quite helpful to fill in this gap.

Social Selling is for the manager or owner who “gets that they don’t get it” about social media. They may have social media accounts or just complain about it, but they recognize that the sales landscape has changed. Written especially for B2B managers and owners, the book guides readers through the mindset (along with a couple of tools of the trade) needed to create a revenue-generating strategy. The book won’t provide all you need to know, but it will certainly help you understand how to outline a more socially mature marketing strategy (leads, community, sales).