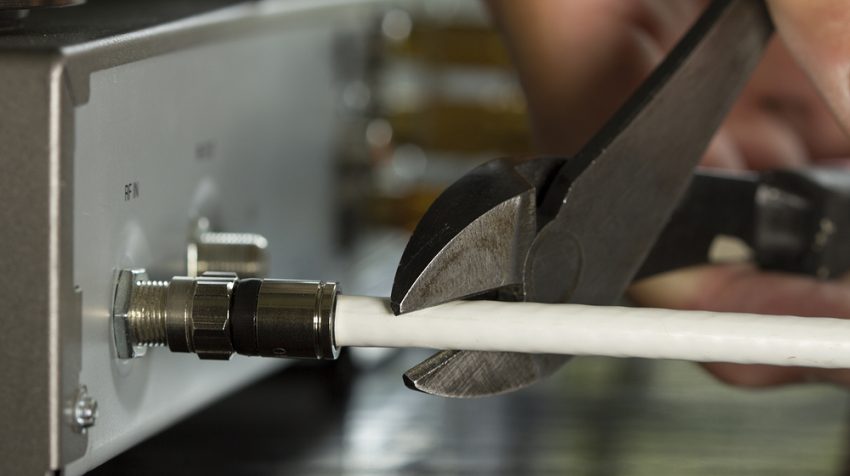 The Federal Communications Commission (FCC) has approved a proposal that would make room for software, hardware devices and other technology innovations to compete with the set-top boxes that consumers lease from cable, satellite and telco companies.

The Notice of Proposed Rulemaking (PDF) will create a framework to “unlock the box” and provide innovators, device manufacturers and app developers with the information needed to develop new technologies that “reflect how consumers access their subscription video programming today,” said a press release announcing the proposal.

In outlining its reasons for the rule, the FCC said that pay-TV subscribers have “limited choices” because cable and satellite providers have “locked up the market” and that this lack of competition has led to high prices being paid by consumers — $231 annually on average — to lease the devices.

The FCC also cited the fact that, since 1994, the cost of set-top boxes has risen 185 percent while the cost of computers, televisions and mobile devices has dropped by 90 percent.

According to the FCC, consumers who enjoy their current set-up through the cable or satellite provider would not have to take any action. The proposed rule only applies to those looking for a competitive device or app.

Not everyone agrees with the proposed ‘unlock the box’ rule, particularly two organizations that represent small business interests: the Small Business Administration (SBA) Office of Advocacy and the Small Business & Entrepreneurship (SBE) Council, a non-profit advocacy group based in D.C.

SBA Office of Advocacy: Exempt Small Providers from the Rule

The SBA Office of Advocacy said in an “ex parte” letter to the FCC that the proposed “unlock the box” rule should include an exemption for small “multi-channel video programming distributors” (MVPDs) — cable companies  — due to the adverse financial impact the ruling could have.

“Numerous commenters, including small MVPDs, as well as public interest groups and technology companies supporting the rule, have indicated to the FCC that the proposed rule will disproportionately affect small MVPDs,” the Office of Advocacy letter said.

Advocacy stated that the FCC published an Initial Regulatory Flexibility Analysis (IRFA) with the proposal, but did not quantify the exact nature of the impact the rule would have on small MVPDs. It recommended that the FCC conduct further analysis to make that determination.

In an email to Small Business Trends, an Office of Advocacy spokesperson said, “The small business exemption we support applies to providers that represent a very small share of the overall customers. As a result, we expect that such an exemption will not impede the progress of set top box innovation, but will merely prevent smaller cable providers from exiting the market altogether and allow them to continue to offer competitive services.”

SBE Council: Don’t Create a Problem Where None Exists

Impeding small cable providers’ progress is not the concern of the SBE Council. Rather, it’s that the “unlock the box” ruling creates a problem where none exists.

In a letter to the FCC, Karen Kerrigan, the Council’s president and CEO, said, “Quite frankly, [the] SBE Council does not understand what problem the FCC is trying to fix because there is none.”

Her contention is that unlocking set-top boxes will create challenges and barriers for entrepreneurs and innovative programmers, many of whom are small business entities themselves.

“Big tech companies will be enriched and feed off of their work, while consumers will be deprived the niche programming that has emerging the current dynamic market,” she said, adding that the Council and its members are “baffled” by the proposal given the array of choices available to consumers today.

Kerrigan told Small Business Trends in an email that, “No one asked for the proposal or benefits from it except Google.” She added that the proposal represents “backward thinking” and that the FCC seems “totally detached from what is happening in the current marketplace.”

In a letter to Small Business Trends, Ray Keating, SBE Council’s chief economist, called the proposed ruling “bewildering,” saying that it seems to be another case of “the FCC searching for a problem to regulate” that doesn’t exist.

“Innovators in the market are providing and working to further expand consumer video choices,” he said. “You would be hard pressed to name another private market in the U.S. that is seeing more disruption and change all to the benefit of consumers.”

To Keating’s point, one cable provider, Comcast, has already begun the process of innovation.

According to Wired, Comcast will make its Xfinity app, which lets customers access cable TV, on-demand programs and a cloud-based DVR, available on Roku devices and Samsung Smart TVs, as well as on the hardware of other partners to be named later.

That’s not the only plan for set-top box liberation that Comcast has in the works either. Earlier this month, technology website Recode reported that the cable provider had inked a deal with Netflix to offer the Internet television service on its X1 set-top boxes sometime this year, side-stepping streaming devices, such as Apple TV, Roku and Google’s Chromecast.

Not all the FCC commissioners are on board with the proposed “unlock the box” ruling, either.

In a dissenting statement (PDF), Commissioner Ajit Patel said, “As someone with three set-top boxes in my home, I share the frustrations felt by millions of Americans … These boxes are clunky and expensive, and I feel pain each and every month when I pay my video bill.”

Patel called the set-top box marketplace a “product of an intrusive regulatory regime” and that “something has to change.” His advice, however, is rather than unlocking the box, eliminate it altogether.

“If you are a cable customer, and you don’t want to have a set-top box, you shouldn’t be required to have one,” Patel said.

Another Commissioner, Michael O’Reilly, in a dissenting statement (PDF), called set-top boxes “relics of the past” that are “well on their way to the fate of the video rental store.” He questioned why, in 2016, with so many choices already available for television viewing, the FCC would be doing a set-top box item.

“If the idea of an agency maintaining its regulatory control by placing outdated regulations on new technologies sounds familiar, you may be on the right track,” he said in the statement.

The FCC wants to unlock the set-top box and open up opportunities for technology development and advancement.

The Commission’s attempt to solve one problem — providing consumers with more choice in video viewing — has created another. And it’s one that affects small businesses in particular.

The Office of Advocacy says that problem is the adverse (yet unspecified) impact the ruling will have on small cable providers and recommends that an exemption be put in place to protect their interests.

The SBE Council asserts the FCC is looking to solve a problem that does not exist and, in doing so, could stifle technological development and advancement by other small companies, such as app developers, device manufacturers and others.

In moving forward with the proposed ruling to “unlock the box,” the FCC will, apparently, “tie the hands” of one group or the other. It’s a catch-22, the outcome of which won’t be known until the FCC votes on the proposal at the end of 2016.