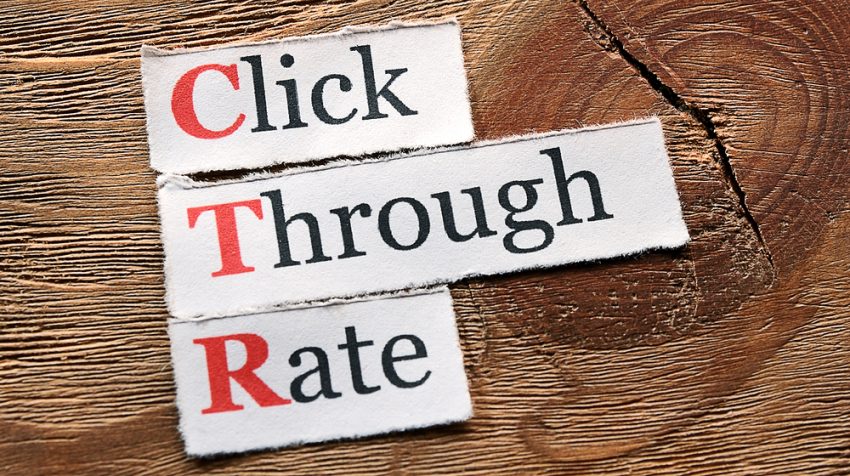 There’s a tendency to regard site rank on search engines as the single most important factor of SEO. After all, if your website is ranked among the top, doesn’t the rest just take care of itself?

But what tends to get overlooked is how other SEO components can play an even more significant role in site performance; for example, your click through rate (CTR). As you likely already know, CTR is a ratio showing how often people who see your ad actually end up clicking it, and it’s very telling of how successful your keywords are.

What many people fail to acknowledge is that your CTR can earn you the traffic of a top ranking spot. In fact, many websites get far more traffic than sites they’re outranked by because a solid headline impression attracted more clicks than competing websites and ads.

With the recent changes being made to AdWords, specifically the keyword function, now more than ever is the time to freshen up your understanding of CTR and acknowledge the impact it has on site performance. Check out these tips and learn how to entice clicks that will drive your site’s CTR.

Use Emotion-Triggering Words in Your Headlines

This is probably one of the easiest ways to entice clicks. Users are compelled to click on headlines that employ powerful, emotional words. By generating some kind of reaction — anger, positivity, shock — you compel users to click while also distinguishing yourself from other headlines and links.

If there were ever a click-happy atmosphere, it’s the social media sphere. First of all, social media ads are all pretty cost effective. For a cheap price, you can generate tons of clicks and exposure. This is a big deal for brands looking to broaden their target audience, because social media ads can be specific on who they display to and how they display.

Create a Sense of Urgency with Countdown Timers

Also along the lines of social media is the idea of using a countdown timer to create a compelling sense of urgency. Marking the end of a sale or special brand event with a countdown timer has shown to significantly boost ad performance and draw more traffic.

Use Ad Extensions to Show Reviews

Review extensions do a lot to help ads by creating visible social trust. The overwhelming majority of online users claim that online reviews influence their buying decisions, so putting a positive review as a built in component of your ad is bound to draw clicks.

Location symbols give ads a sense of legitimacy that draws user attention. It seems subtle, but when there’s a list of ads and only one has a location symbol, that’s the one that will likely stick out. Getting noticed is half the battle of getting clicks, and symbols are one extra detail that will drive that attention.