What Sasquatch Can Teach You About Brand Excellence 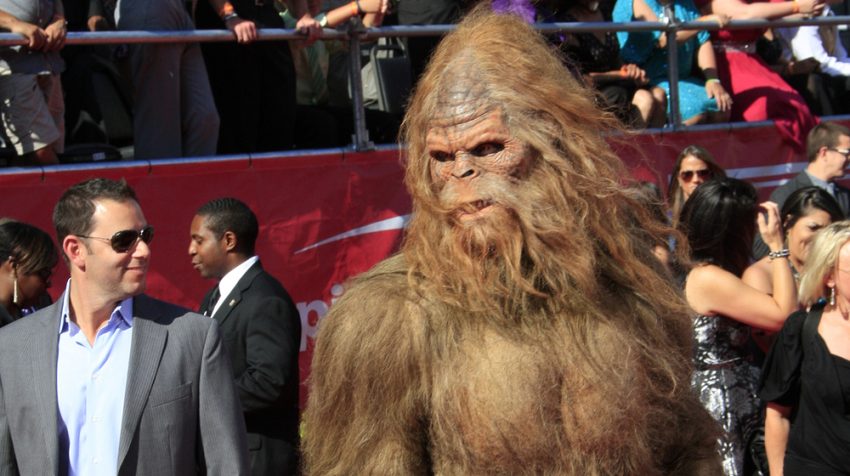 ESPN The Magazine is essentially the print equivalent of a prime-time advertising slot for big brands. But in a publication driven predominantly by striking imagery and cool aesthetics, standing out from the crowd can be nigh unto impossible. That’s where it comes in handy to have constant access to an eight-foot, 374-pound model covered in hair. And small brands too should take note.

Every year, ESPN’s iconic Body Issue celebrates bodies of all shapes and sizes — and this year, beef jerky giant Jack Link’s decided to hop on the band wagon by tossing in a revealing, double-page spread starring the company’s long-running Sasquatch spokesman.

It didn’t take long for the stunt to go viral, and it helped build anticipation surrounding Jack Link’s presence at last month’s ESPY Awards. But this has only been the brand’s latest deployment of what very well may be the $2 billion meat snack industry’s most successful and longest-running creative campaign.

It definitely won’t be the last, either.

Jack Link’s has tinkered with various branding exercises over the past couple of decades, but nothing has proven half as formidable as the brand’s memorable “Messin’ With Sasquatch” campaign. Initially rolled out in 2006, the award-winning series of ads produced by Carmichael Lynch Spong feature a group of the industry’s key demographic males playing inexorably cruel tricks on a surprisingly gullible missing link.

As TV spots, the ads tend to run in spates, and often disappear for months — or even years — at a time. But they always find their way back onto screens, whether TV or online. And between each campaign, the brand utilizes the star power of its endearingly dim witted Sasquatch in order to spearhead various interactive online and offline campaigns.

Jack Link’s has deployed the Sasquatch in order to promote student film competitions, competitive fishing and a wide range of sporting events. And bearing in mind the Sasquatch campaign’s cult-like status online, it’s difficult to foresee the hairy spokesman disappear anytime soon. But why exactly has the campaign been so successful?

At the end of the day, it all boils down to brand messaging. Everything Jack Link’s does gels perfectly with the quirky company’s irreverent mission statement: “Feed your wild side”. The message is also appropriate to the setting in which the product is typically consumed — the outdoors — and forges a distinct bond with the market’s key demographic: males aged 18-to-49.

By knowing and understanding that demographic, Jack Link’s has been able to unleash the right type of humor on the correct types of platforms in order to expand its reach and capture the attention and loyalty of would-be consumers.

Everything Jack Links does transcends one platform, which helps customers to celebrate the company’s brand identity in multiple places, multiple times per day. You can engage with Sasquatch at a live event, capture and tag him on social media and then connect with the brand on multiple online platforms.

Small business owners can take a lesson from this branding example.  Brand identity and a dynamic marketing mix are critical — and it doesn’t take a hairy eight-foot model to achieve either.

First understand who your customers are, who they want to be and how they interact with brands. Then put yourself in their shoes to identify the kind of message you think they would most like to see.