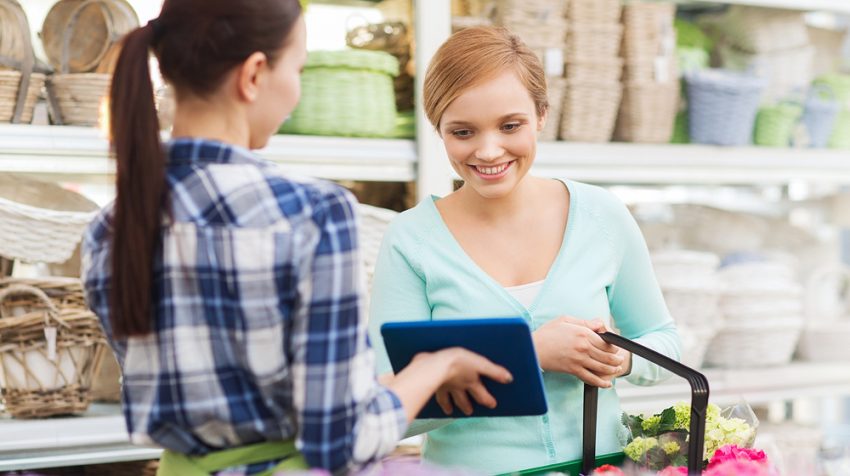 Aren’t you tired of the same old sales tips?

I can’t blame you. There’s so many different sales techniques that entrepreneurs can use to gain more business. It can be hard to determine which ones work the best.

I’ve written tons of posts giving sales advice myself. But you want something more, don’t you? If you’re like other entrepreneurs, you’re probably working every day to get better at selling and influencing.

The issue isn’t that the “same old sales tips” aren’t effective. If they weren’t, nobody would be sharing them. However, the real issue is that there’s more to it. There’s other techniques that you can master in order to become a better seller.

That’s what this post is about. If you put these lesser-known tips into action, you will find it easier to close more deals.

Make Them Talk Themselves Into Buying

Social labeling is a great technique because it’s a way to get the other person to convince themselves to do what you want. When you use this technique the right way, you will notice that more of your prospects will talk themselves into buying what you’re telling.

Social labeling involves expressing an observation about your prospect that is favorable to your position. This can be done multiple times in the conversation. This technique isn’t used only by salespeople, of course. You may also see it used by leaders, politicians, parents and other expert influencers.

Let’s say you own a landscaping company and you’re trying to convince a prospect to become one of your customers. If you were to use social labeling, you might say something like

“I can tell that you’re the type who likes to make sure your lawn is always presentable.”

Pretty easy, right? Of course you don’t want to overdo this. If you don’t do this the right way, it’ll come off as awkward and manipulative. Also, you need to only make observations that you’re sincere about. Don’t use a label that clearly doesn’t fit the prospect. That’ll just make you look silly.

Want an easy way to quickly gain influence over someone? There’s a technique you can use to make your prospects feel more comfortable. If you do this right, your prospects will lower their guards. They will become far more likely to do business with you.

The mirroring technique is simple, but effective. It involves mimicking the mannerisms of the other person. It requires you to observe carefully how your prospect behaves so that you will know what behaviors to mimic.

There are three mannerisms you will want to mirror:

Of course, you want to be careful that you don’t overdo it. You don’t want to make it obvious that you’re mirroring the other person. That’ll turn them off quickly.

You may not want to believe this, but I’m going to say it anyway: people buy for emotional reasons. Yes, it’s true. I don’t care what industry you’re in. I don’t care how analytical your customers like to think they are. Most of their buying decisions are tied to emotion.

See Also: Master the Product Launch with These 5 Steps

It’s true. When you tap into your customer’s emotions, they will become far more likely to do business with you. That’s why you need to focus on your prospect’s passion.

What are your customers and prospects passionate about? Do you know?

See, here’s the thing. Most entrepreneurs are focused on their own passions. And they should be. A strong sense of purpose can drive you to success.

But your customers and prospects also have passions. When it comes to selling your products and services, you need to find out how they relate to what your prospects feel strongly about.

Lissette Palencia, founder of Sleeping Angels, knows exactly what her customers are passionate about. It’s their children.

Here’s what she has to say:

“We cater to parents with smaller children, so they feel quite strongly about making sure that their children are taken care of. When we empathize with their concerns, it gives them more faith in the fact that we can help them enrich their children’s lives. “

Speak to what your prospect feels. It doesn’t have to be anything monumental. Even if it’s just a small feeling, it’ll work. If you can find a sense of purpose in your prospect, that will help you influence them more effectively.

Entrepreneur Sales Skills That Can Boost Your Bottom Line

Tell Them They Can Say “No”

Believe it or not, one of the most persuasive sales techniques you can use is to remind your prospect that they can reject you. They have the power to make their own decision.

Yes, I know it sounds crazy, but keep reading!

When you remind the customer that they have the freedom to make their own choice, it will make them more likely to accept what you’re offering. There have been several studies where researchers have found that this technique actually doubled the chances of making the sale.

It might sound insane at first, but it actually makes sense when you think about it. When you acknowledge that the prospect has the power to chose, it makes them feel less pressure. They now remember that they are not obligated to make the purchase. It makes it easier to make the decision to start doing business with you.

This is something that many people forget. They’re so focused on getting sales and focusing on their prospects that they forget to take care of themselves.

Selling is hard, isn’t it? It can involve tons of rejection.

It was Winston Churchill who said:

“Success is the ability to go from failure to failure without loss of enthusiasm.”

He couldn’t be more right. The thing is, if you’re going to be an effective salesperson, you have to make sure that you’re in the right mental and emotional state.

Dr. John Mullen, founder and head personal trainer at TrainingCor mainly helps his customers with their physical health. But, as a doctor, he also understands the importance of maintaining your mental health as well.

“You can’t expect to hustle and grind every day without taking time to let your mind and body relax from the beating it takes every day. The level of your success in any field is dependent on how well you take care of your mind.”

That’s why you need to make sure your mindset is on point whenever you need to get someone to buy from you.

There are tons of ways to keep yourself in a positive emotional state. My two favorites are self talk and gratitude.

Watch What You Say … To Yourself

Self talk is exactly what it sounds like. It’s the way you talk to yourself throughout your day — your inner monologue. Every day, we send ourselves messages. These can be positive messages or negative messages.

Your emotional state depends greatly on the messages you send yourself. If you’re constantly telling yourself negative things, you are putting yourself in a horrible position mentally. You’re basically sabotaging yourself.

But negative self talk is easy, isn’t it? We tend to focus on the negative.

One method I use to improve my self talk is to focus on what I’ve done right. Every day, I try to take some time to point out a few things I did well. Sometimes I write them down. Other times I just think about them.

When you force yourself to hone in on the things you did well, it makes it harder to put yourself down. It gives you actual evidence that you’re good at what you do.

The Power of “Thank You”

As a matter of fact, I’m convinced that gratitude is the single most powerful way to make a positive impact on others while keeping yourself in a positive mental state.

The benefits of gratitude are numerous. When you practice gratitude on a regular basis, it makes you healthier, happier and more productive. It makes it so much easier to deal with the challenges of entrepreneurship.

But I’m not talking about keeping a gratitude journal. Yes, I know they’re popular, and they really do work.

I’m talking about taking it a step further. Instead of just writing down things that you’re grateful for, try expressing gratitude at least once a day. I can guarantee that it will have a HUGE impact on your emotional state. It did wonders for me.

Being proactive about your emotional self care is so important for entrepreneurs. Don’t let this fall by the wayside. Not only will it keep you out of a mental institution, it can also help you sell more effectively.

We have all heard a lot of the same sales advice. The purpose of this post was to give you some tips that you may not have learned previously. While these may not be “mainstream” sales tips, they will make you a better influencer and help you earn more business.