New FAA Rules for Commercial Drone Use Now In Effect: Here’s What You Need to Know 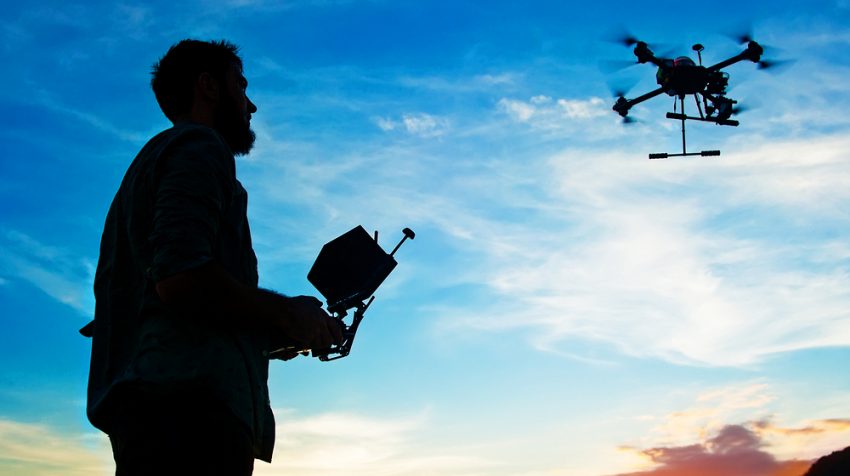 Heads up: if you are looking to fly a drone for business purposes, the U.S. Federal Aviation Administration (FAA) has put into effect new rules for commercial drone use.

The announcement came Monday, Aug. 29 at a press conference held by FAA Administrator Michael Huerta and Department of Transportation (DOT) Secretary Anthony Foxx. Now you can legally use drones for business purposes, whether that’s aerial photography or videography, scientific research, real estate inspection, surveying of land or other uses. However, clearly some envisioned uses won’t be possible given the current guidelines.

“The United States has been a pioneer in aviation since the Wright Brothers first took to the skies more than 100 years ago. Today we’ve reached another significant milestone. With the small UAS [Unmanned Aircraft Systems] rule now in effect, the commercial drone industry is cleared for takeoff,” said President and CEO of the Association for Unmanned Vehicle Systems International (AUVSI), the industry trade group, Brian Wynne in an official release. Mr. Wynne was also present at the press conference announcing the implementation of the new FAA rules that were first made public back in June 2016.

According to the FAA’s new rules, formally known as Part 107 (PDF), which govern commercial flights of small unmanned aircraft, all drones being used for business purposes in the U.S. must be registered with the FAA and weigh up to 55 pounds (25 kilograms).

The drones must be operated during daylight hours only, 30 minutes before sunrise or 30 minutes after sunset local time. And the unmanned aircraft must remain within the visual line-of-sight (VLOS) of the remote pilot in command and the person manipulating the flight controls of the small UAS. Alternatively, the unmanned aircraft must remain within VLOS of the visual observer, FAA states.

Other Part 107 regulations that must be adhered when operating a commercial drone include:

Other rules would forbid a single remote pilot operating multiple drones at once, the use of drones for the carrying of hazardous materials and the use of drones to carry any load that is not securely attached or adversely affects the controllability or “flight aspects” of the vehicle. (This last is something to think about before strapping a couple of pizzas on your drone and sending it on deliveries, although there may be other restrictions that would also negate such a use.)

If your proposed operation doesn’t quite comply with Part 107 regulations, you may apply for a waiver of some restrictions but you’ll have to prove the proposed flight will be conducted safely under a waiver.

Training and Certification of Remote Pilots

To qualify for a remote pilot certificate, the FAA says you must be at least 16 years old and demonstrate aeronautical knowledge by either:

What these Regulations Mean for Small Businesses

Part 107 rules at the moment would seem to make drones usable for commercial photography, videography, very localized transport and similar simpler tasks, but certainly not long-range delivery as envisioned by companies like eCommerce giant Amazon. Amazon envisions flying drones to customers up to 10 miles from an Amazon warehouse and delivering orders within just 30 minutes of an order placement.

Foxx and Huerta, however, revealed in the press conference that government agencies are waiting to attain more data on the privacy, security and safety risks of drones in the national airspace before rolling out more rules and allowances that could help the nascent industry flourish.

The FAA anticipates as many as 600,000 unmanned aircraft will be operating in the national airspace within a year of Part 107 rules coming into effect. An estimated 100,000 new jobs will reportedly be created and at least $82 billion in revenue generated in the first decade following the implementation of Part 107, according to an AUVSI economic report (PDF).

“Drones are helping to create a whole new means of realizing the American dream,” Huerta said.