Microsoft Acquires Livestreaming Service Beam but Is This a Missed Opportunity? 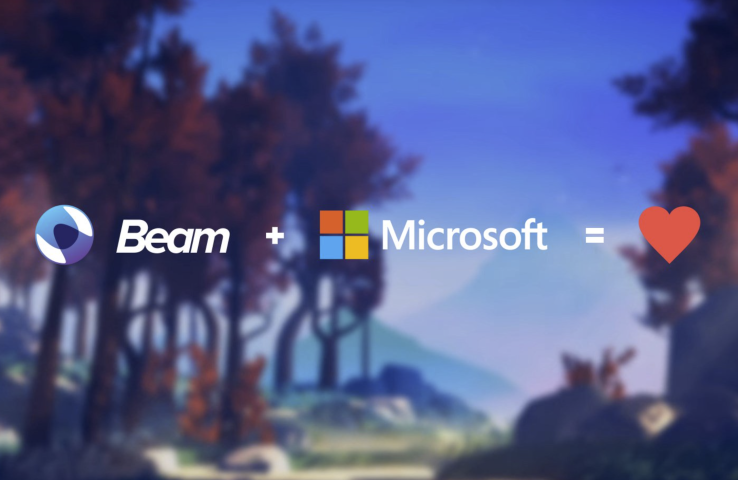 Microsoft (NASDAQ:MSFT) announced in a blog post last week that it had acquired Beam, an interactive livestreaming service that lets video gamers watch and play alongside their favorite game streamers in real-time.

Beam, a Seattle-based startup that’s less than a year old (and run by an 18-year-old CEO), will become part of Microsoft’s Xbox team.

“Bringing Beam, their award-winning team and their inventive technology into the Xbox family supports our ongoing commitment to make Xbox Live more social and fun,” the announcement said. “[W]ith Beam, you don’t just watch your favorite streamer play, you play along with them.”

Is Using Beam Streaming Exclusively for Games a Missed Opportunity?

Livestreaming has received a lot of attention in recent months thanks to Twitter’s acquisition of Periscope countered by Facebook’s launch of Live.

So competitive is the space that Meerkat, a livestreaming service which debuted at South by Southwest in 2015, was forced to pivot away from live video into what’s hinted to be a yet undefined social network.

Due to the massive popularity of video gaming — Microsoft reported 48 million active Xbox Live users in Q4 2015, up from 39 million in the previous quarter — it makes perfect sense for the company to introduce livestreaming into the mix.

But, in so doing, did Microsoft miss an even greater opportunity — that of taking a more business-centric approach?

At present, the corporation has 1.2 billion Office users and 60 million Office 365 commercial customers. And while gaming is a uniquely identifiable niche — one that’s eagerly receptive of innovations like livestreaming — there’s a business case to be made for introducing this technology into the Office environment.

Case in point, with its acquisition of Yammer in 2012, Microsoft led the way in bringing social networking to the office, helping to spawn the term “social business.”

This past February, the company activated Yammer for all eligible Office 365 business customers, which testifies to Microsoft’s continued focus on technology innovation.

“Every Office 365 user with a Yammer license will be able to easily access Yammer from the Office 365 app launcher or start a Yammer conversation from SharePoint, Office 365 Video Portal and, coming soon, Delve and Skype Broadcast,” the announcement said.

Would it not make sense to follow that announcement with a sequel that says Microsoft is integrating its newly-acquired Beam technology into Office 365?

Although Beam was designed strictly with gaming in mind, thanks to an adaptable software development kit built on HTML 5, could it not be transitioned to work in concert with Office, as an extra layer of interactivity?

Admittedly, watching someone compose a Word document or layout an Excel spreadsheet doesn’t convey the same thrill as playing “Call of Duty” or “Grand Theft Auto,” but the principle is comparable.

Periscope and Facebook Live are geared to a consumer audience. And while business-related livestreaming software exists, the opportunity for Microsoft lies in the integration with other services like Office (or even an Office, Yammer and Beam hybrid). That would most certainly give Microsoft a leg up on its competition.

Does Azure or Skype Do the Same Thing?

One could argue that Microsoft’s Azure Media Services could suffice — and it is used to power Office 365 Video — but retooling it for livestreaming purposes could take some doing.

Also, Skype for Business has a video-conferencing function, and Skype Meetings Broadcast supports live broadcast for up to 10, 000 participants. Neither of those are designed with the “on the fly” livestreaming capabilities that you see in Periscope or Facebook Live. Beam could have been the catalyst to make that a reality.

Whether or not Microsoft has the integration of Beam with Office on its drawing board (and it probably doesn’t), the concept is still a good one, and some savvy Microsoft employee should put the idea in the “suggestion box” (or perhaps someone already has).