The Self-Employment Exit Rate is Rising 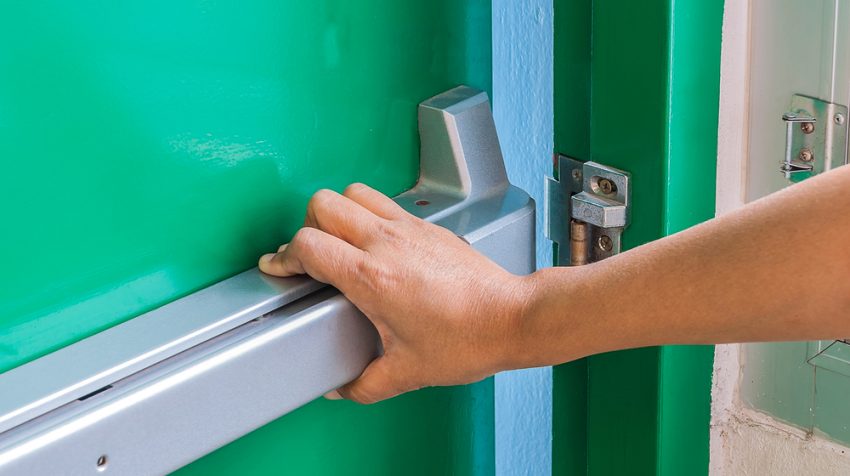 More people are quitting self-employment these days than were giving up two decades ago, analysis of Bureau of Labor Statistics data reveals.

The figure below shows the annual self-employment exit rates calculated from Bureau of Labor Statistics (BLS) data. It indicates the number of people exiting unincorporated self-employment every year as a percentage of the number of people engaged in that activity that year. As you can see from the solid line in the figure, the exit rate fluctuates a lot from year to year, but as the dotted line indicates, the linear trend is upward. 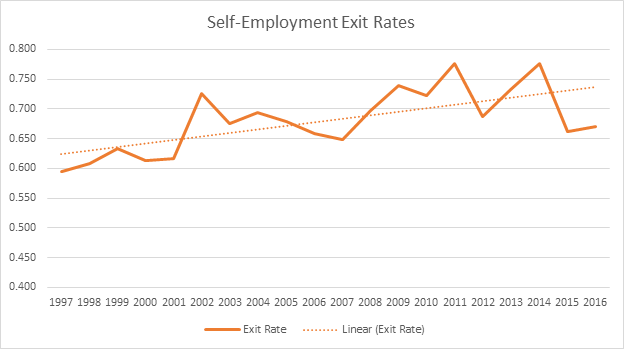 These estimates come from a combination of sources.

The Ewing Marion Kauffman Foundation, a Kansas City-based Foundation focused on entrepreneurship, produces an annual index of entrepreneurial activity in the United States. One of its measures is non-self-employed proportion of the U.S. adult-age population that transitions into unincorporated self-employment every month, which it generates from the Current Population Survey, a joint effort of the Census Bureau and the BLS.

Because the BLS also publishes monthly data on the number of unincorporated self-employed in the United States, we can calculate the annual rates of entry into and exit from self-employment every year since 1997.

The Kauffman Foundation estimates that in 2016, the 283,908 more people transitioned into unincorporated self-employment status than did so in 1997.

To understand what has happened, let me add two more facts to the mix. First, the rate of entry into and exit from self-employment correlated 0.87, which indicates that when one tends to go up, the other does as well.

What Conclusion Can We Draw from the Rising Rate of People Leaving Self-Employment?

The big takeaway from these data are that the focus on entry rates alone are deceptive. Yes, the rate of entry into unincorporated self-employment is higher today than it was two decades ago. But so is the exit rate. That’s why the number of unincorporated self-employed has declined 8.1 percent over the past two decades. Given the 18.8 percent increase in the civilian labor force over the same period, that’s a heavy slide indeed.