In the News: Amazon and Kickstarter Forge New Partnership and More 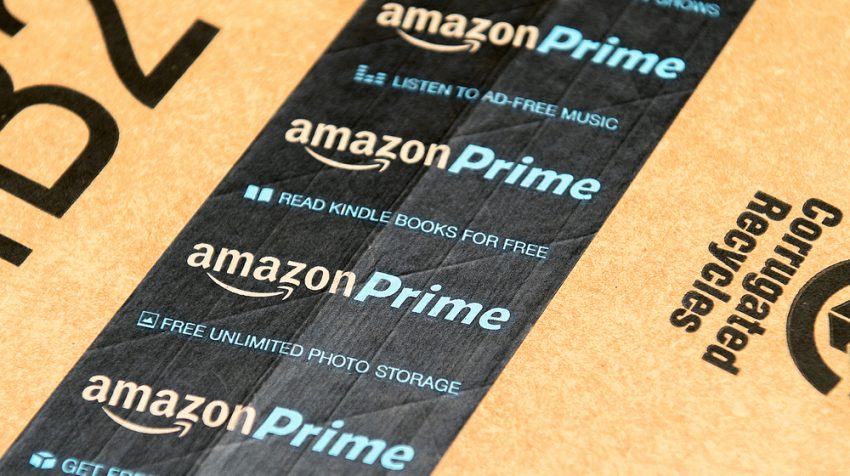 For years, Kickstarter has helped entrepreneurs and startups get the necessary funding for their projects. But once those projects are funded, actually getting those projects in front of consumers is another story. Now Amazon unveiling a new opportunity specifically for Kickstarter-funded projects.

And that’s not the only piece of news that’s relevant to small businesses in the past week. You can see even more headlines in this week’s Small Business Trends news and information roundup.

Amazon (NASDAQ:AMZN) and Kickstarter.com, a crowdfunding platform sometimes used by startups to launch new products, recently announced the creation of Kickstarter Collection, a new portal where Kickstarter-funded projects are available for purchase on Amazon Launchpad.

Mobile Shipments Again Growing, But is Plateau in Sight?

Global smartphone shipment totals edged upward in the second quarter, says mobile, tablet and PC data research company Canalys in a recent report. But that growth is slower than before and could be headed for a plateau, he firm suggests.

Consumers are becoming more concerned with the ingredients of their food — so much so that even McDonald’s is now having to change its ingredients. The fast food giant has announced that its chicken nuggets will no longer have artificial preservatives as of this month. And it is making some changes with other menu items too.

Why More States Should Follow Colorado to Legalize Pot

More than $140 million. That’s how much tax revenue Colorado is expected to bring in from taxes on marijuana this year, according to the non-profit research organization, the Tax Foundation. The 2016 figure is likely to be four times that of taxes on alcohol in the state, the Tax Foundation reports.

What Can Your Business Learn from the 2016 Australian Olympic Team? (Watch)

The 2016 Rio Olympics haven’t even officially begun yet. The Opening Ceremony is scheduled for this Friday. But the Australian team has already had to wade its way through several obstacles just to get to the start of the games. The latest incident involves the country’s women’s water polo team.

Junk removal may not be the most exciting sounding business idea. But it’s still a necessary service for a lot of people. So that means it can be a profitable business idea for entrepreneurs willing to do a bit of hard work. The Junkluggers & Luggers Moving provides both junk removal and moving services to customers in several different markets through a franchise system.

Fundbox iOS App: Get Your Invoices Paid While on the Go

Fundbox, a cash flow optimization tool for small businesses, recently announced the launch of its new smartphone app that allows customers to instantly pay their outstanding invoices while on the go. The iOS app reportedly offers small business owners the same functions as the web-based version of the application.

Office Depot is closing 300 retail stores in an attempt to save its overall business. The closing of those retail locations shouldn’t come as much of a surprise, since the whole retail office supply industry has been struggling to keep up with online retailers like Amazon for years.

Are Startup Failure Rates as Bad as They Used to Be?

The chances of your business surviving past the five-year mark are somewhat better than they used to be, says one economics expert. According to research and commentary from Dr. Scott Shane, professor of economics and entrepreneurial studies at Case Western Reserve University (and long-time SBT contributor), startup failure rates have declined slightly for employer firms in recent years.

While Uber has been growing quickly in some parts of the world, it has struggled in China. The popular ride sharing service has spent billions of dollars trying to gain more of the market in that huge country. But it only ever managed to gain about 20 percent, at most. Uber’s main competition in China is a company called Didi Chuxing.

Wix (Nasdaq:WIX), a company well-known for helping small businesses build and operate websites, has reported strong earnings for its second financial quarter of 2016. Wix posted a 41 percent revenue increase to $68.7 million compared to $48.6 million for the same period last year. On the flip side, however, the company reported a net loss of $11.

Video is taking over the web, not only for individuals chatting online, but also businesses that collaborate within an organization. It is much easier to listen to a video message from a colleague than to read an email. And that may be one of the many reasons Microsoft Stream was just introduced.

Professional Photographers: Wix Pro Gallery is Designed for Your Business

Wix.com Ltd. (Nasdaq:WIX) — a cloud-based web development platform with over 88 million users around the world — has announced the global release of Wix Pro Gallery, a tool that will provide advanced functionality for photographers to create professional photographer portfolio websites.

Mi Notebook Air May Remind You of Another Computer — But Cheaper

The founder and CEO of Xiaomi, Lei Jun, doesn’t like to be compared to Steve Jobs, but the latest product from the company, the Mi Notebook Air will do very little to convince people otherwise. You don’t have to have a degree from Stanford in computer science to see the similarities with Apple’s Macbook Air, right down to a portion of the name.

Pokémon Go: A Security Threat to Your Business?

It seems like you can’t go anywhere these days without bumping into a gaggle of Pokémon GO addicts. Since its release at the start of July, the insanely popular augmented reality app has already surpassed social media staples like Twitter and Facebook in terms of user activity.

If there is one thing BlackBerry (NASDAQ:BBRY) phones are known for, it is security. And the company’s new DTEK50 phone lives up to that reputation while adding a great camera in a super thin body.

Apple has beaten analyst expectations again. But that victory is not without some bitterness.  And Apple’s troubles may be indicative of a much broader trend. Apple Earnings Report Q3 2016 In its 2016 third quarter results, the company reported earnings of $1.42 per share on revenues of $42.4 billion, above the $1.38 per share on sales of $42.

Stop Worrying About Mobile Ad Fraud Thanks to This New Tool

Leading mobile performance platform ClicksMob has announced the release of a new, cutting-edge fraud prevention system designed to detect and block false web traffic. Dubbed Fraud Fighter, the preventative technology is set up to proactively address the rapidly growing threat of ad fraud by tracking, analyzing and vetting all incoming traffic to ensure it is genuine.

We’re living in a brave new world of digital marketing. It seems like everything is being pushed onto mobile. And although both publishers and advertisers are bending over backwards in order to incorporate mobile into their existing marketing mix, there’s an inherent need to connect those publishers with the advertisers who need them.