In the News: Instagram Stories Launches, Blab Shuts Down 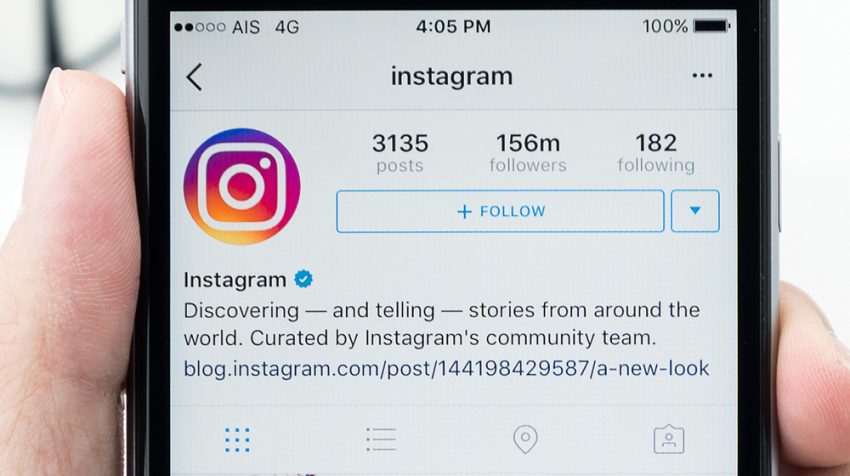 Social media platforms come and go constantly. Recently, social media users got one new option for sharing their stories online — in the form of Instagram Stories. But they also lost one option as livestreaming site Blab shut down.

Facebook (NASDAQ:FB) owned Instagram says that users will now have the power to constantly update their followers with videos and photographs throughout the day. You can post unlimited content, add text, effects and filters.

The livestreaming app Blab that launched in early 2015 and amassed almost 4 million users in just one year shut down its operations last weekend. The CEO Shaan Puri made the announcement on Medium late Friday. “Today is the last day of Blab. We’re shutting down the website and app, and focusing 100% on our new project,” Puri wrote in the Medium post.

In early August, Etsy, Inc. (Nasdaq:ETSY) announced a partnership with Intuit, Inc. (Nasdaq:INTU) to offer Etsy sellers in the U.S. and the U.K. access to Intuit’s QuickBooks Self-Employed accounting software at a discounted price.

After months of testing and feedback, eBay (NASDAQ: EBAY) is finally rolling out its new selling tool — Seller Hub — to all U.S. Sellers with the intent to help them scale their businesses. Seller Hub debuted last September in beta testing, with more than 200,000 initial sellers reportedly using the tool and providing feedback for improvements.

If you’re trying to reach retail customers, mobile marketing had better be part of your strategy. That’s according to a new study by Hitwise, an eCommerce and consumer analytics company. The study (PDF) found that 56 percent of visitors to the Hitwise Retail 500, a collection of the top 500 retail websites now come from smartphones or tablets.

You know the eCommerce industry is on a roll when two market leaders post better than expected results. In the second quarter of 2016, Amazon and Shopify beat analyst expectations to report impressive growth. And the success of these companies, though quite distinct from one another, may hold key insights for small businesses in this field.

The Self-Employment Exit Rate is Rising

Small Business Jobs Shine Deep in the Heart of Texas

For one (good) reason or another, there are thousands upon thousands of people who would prefer to work for a small business. Where are these people and where do they want to work? That’s what Indeed set to find out with some recent research. And if you plan to hire people who’d rather work for a small business — and its owner —  you best get fitted for a new Stetson hat.

Find Out Why These Brand Names Are Missing Some Letters (Watch)

If you’ve noticed some of your favorite brands missing a few letters from their logos lately, it’s not a glitch. All those missing A’s, B’s and O’s are actually part of a global effort organized by the UK’s National Health Service. The #MissingType campaign is designed to raise awareness and encourage more people around the globe to donate blood.

Use Google AdWords Express? Check Out These Three New Features

Zype, an over-the-top (OTT) video distribution service based in NYC just announced that it has raised $2 million in seed funding. This is in addition to the $1.6 million it raised last October, bringing its total round of funding to $3.6 million.

Spotlight: TipTalk Connects You With Celebrities and Influencers

Thanks, Yodle! Web.com Credits Acquisition with Boost in Per User Revenue

Six months after it acquired Yodle, Web.com is now seeing an increase in average revenue per user. And it appears as if the acquisition of the new company is part of the reason. Web.com Earnings Report Q2 2016 In its second quarter results, the web services company announced its average revenue per user was $18.66 compared to $13.91 for the same quarter last year.

YouMail Says It’s the World’s Simplest Conference Calling Service but Is It?

YouMail, a maker of visual voicemail and robocall blocking software, recently announced that it has solved a problem often associated with conference calls: gaining access. The company bills its solution as the “World’s Simplest Free Conference Calling Service.” Lots of conference call companies can claim their service is simple to use, and many do.

Messenger,  Snapchat Among Most Popular Apps in First Half of 2016, Study Says

You know the importance of mobile when reaching your potential customers today, but what mobile apps are most popular in 2016? A new study by SurveyMonkey Intelligence reveals Messenger and Snapchat dominated the app scene in the first six months of the year. Interestingly, two other Facebook apps also made it to the top of the list.

Microsoft Acquires Livestreaming Service Beam but Is This a Missed Opportunity?

Microsoft (NASDAQ:MSFT) announced in a blog post last week that it had acquired Beam, an interactive livestreaming service that lets video gamers watch and play alongside their favorite game streamers in real-time. Beam, a Seattle-based startup that’s less than a year old (and run by an 18-year-old CEO), will become part of Microsoft’s Xbox team.

Google wants to get back to the basics of video calling. So if you get overwhelmed by all the features and options of Skype or FaceTime, Google Duo might just be the app for you. The new app is only available for smartphone users, in both the App Store and Google Play. So it doesn’t offer phone to web calling or any other added features.

Attack of the Bots: Cool New Tech Has Invaded Skype

Earlier in the year, Skype released a preview of Skype Bots, which Skype calls “intelligent helpers” making communication and the day-to-day running of a business easier and more exciting.

A new patent granted to Apple suggests that the tech giant could be working on a waterproof smartphone. Currently, the company doesn’t offer any waterproof models, while one of its main competitors, Samsung, offers three. But keeping up with the competition likely isn’t the only reason Apple is working toward this new goal.

iPhone,  iPad Users: Ulysses Allows You to Work in WordPress, Dropbox – from Anywhere

Working mobile is becoming hugely important for small businesses. And thanks to a recent update to the Ulysses writing app, small business owners who want to work in WordPress from their iPhone or iPad and also have access to Dropbox where they may be storing images, video or other content from a mobile device, can now do just that conveniently on iOS.