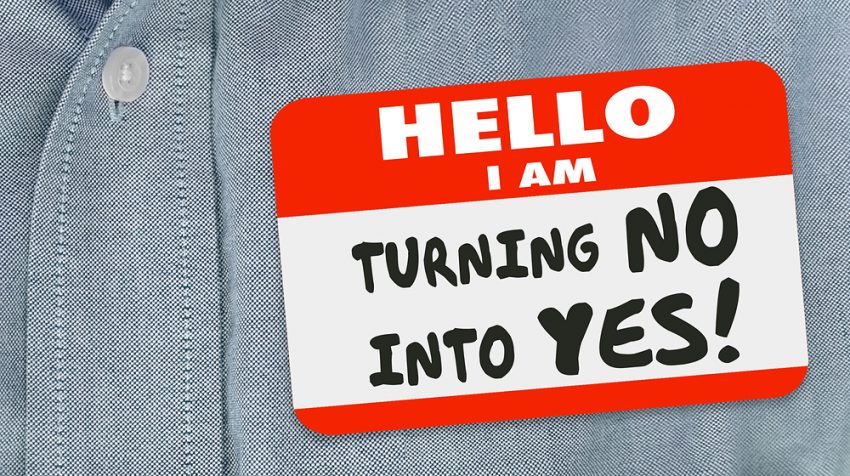 Don’t you wish you could get everyone to do what you want?

I know you have. We all have.

No matter who you are, your life would be much easier if everyone just did as you asked, wouldn’t it? Unfortunately, it’s not that easy.

Many of us have been told that persuasion is something that comes naturally to certain people. Some people are just blessed with silver tongues, right?

This isn’t true. Most people aren’t natural influencers. They become better influencers by working hard to learn the skills required to influence people.

That’s right. Persuasion can be learned. Doesn’t that make you feel better? I knew it would.

This post is going to discuss five traits that persuasive people possess. If you cultivate these traits in your professional and personal life, you will see how much easier it will be to get others to do what you want.

I know, you’ve probably heard this millions of times. Well, you’re about to hear it again. Active listening is important. Especially when you’re trying to persuade someone.

If you want to persuade someone to do what you want, you have to understand where they’re coming from. You can’t do that if you don’t listen well.

If you’re not a good listener, you can’t be a good influencer.

Arjun Reddy, CEO of Super Baby Online had this to say about listening:

“Nobody will let themselves be influenced by someone who isn’t interested in them. I’ve found that when you take the time to listen more attentively, people are more open to hearing what you have to say.”

Start developing your active listening skills. When you become better at listening, you will be able to persuade more effectively because you will understand the other person’s needs and desires.

Being a great listener is important, but it’s not much use if you aren’t asking the right questions. Questioning and listening go hand in hand.

Effective persuasion requires you to ask questions that help you get the information you need to influence the other person. It also helps you build more of a connection with your target.

Effective persuasion requires you to identify the ways in which your proposal is going to benefit your target. The only way to find out how your proposal will help your target is to ask effective questions that get you the information you need.

This is one of the biggest mistakes people make. When they’re attempting to persuade someone, they focus most of their attention on the proposal itself. They think that they will “wow” the other person with the brilliance of their ideas.

See Also: What is the Difference Between Successful and Unsuccessful People?

And then they wonder why they get rejected.

“Talk to a man about himself, and he shall listen for hours.”

Nobody cares about what you’re proposing until they know how it will impact them. If you can show them that your proposal will benefit them, they will do what you want.

The best way to build influence is to keep the conversation focused on the other person as much as you can. People love to talk about themselves. They love it when YOU talk about them too!

We’ve all heard this many many times. That’s because it’s true.

Every great influencer knows that emotion is one of the main reasons people will decide on a course of action. Every great politician knows it too! When you are able to successfully tap into the emotions of the other person, you will get what you want.

This is where empathy comes in. You need to be in tune with what your target feels. Not only that, you need to be able to communicate the fact that you understand how he or she feel.

If your target perceives that you actually care about how they feel, they will lower their guard. It’s a great way to handle conflicts and overcome objections. When you’re asking your questions and actively listening, listen for emotional statements. Make sure you pay particular attention when your customer says something about how they feel.

When you know how your target feels about a particular subject, acknowledge it. Show them that you understand why they feel the way they do. This will deepen your connection to them and it will give you a better idea of how they want to feel.

As you probably know, it doesn’t matter how great your idea is if you don’t articulate it effectively. People can’t do what you want if they don’t quite understand what you want them to do, right?

When you’re attempting to persuade someone, the key is to keep your message as simple as possible. You don’t want the other person to have to work harder to comprehend what you’re saying. That’s annoying.

Persuasion is one of the most important skills you need to have. Your success depends greatly on your ability to move people to action.

Fortunately, persuasion is something that can be learned. If you’re willing to work at it, you can develop the skills you need to get others to do what you want. Start practicing some of the tips in this post. You will become a master influencer in no time!