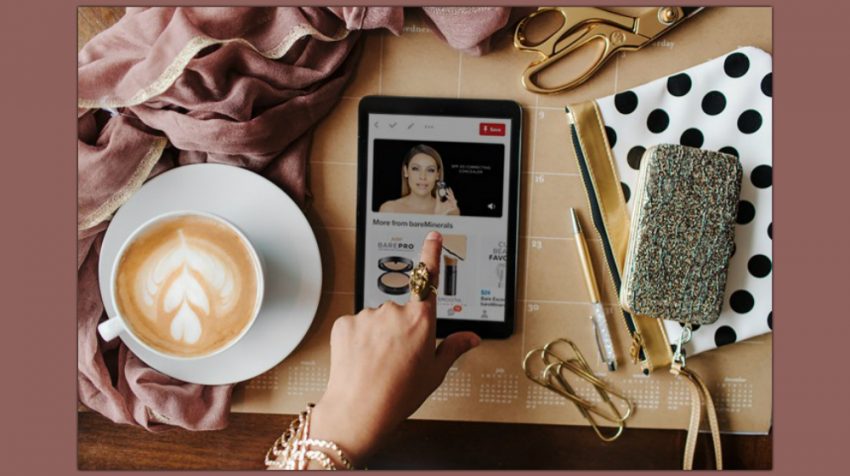 After testing with 12 early partners, including Lionsgate, bareMinerals and General Mills’ Old El Paso, Pinterest recently announced it is rolling out Promoted Videos (that is, video ads) in the U.S. and U.K., with featured Pins beneath.

As a result, businesses in the U.S. and U.K. currently working with a Pinterest account team can now share branded video content with the Pinterest community, and make it easy for these people to immediately take action —  by clicking to make a purchase or learn more about an item or service, the social network said of the new service.

Ultimately, Pinterest hopes Promoted Videos will build up video content on the platform and bring a seamless ad experience to users browsing the site.

“While other platforms primarily offer video views, we’ve coupled Promoted Video with featured Pins below the video. Now the 67 percent of people who say videos on Pinterest inspire them to take action can experience your brand and then simply click below to do more with your products and services,” wrote Mike Bidgoli, a product manager at Pinterest, in a post on the company’s official Pinterest for Business blog. “This works great for companies like bareMinerals, who use video to demo their beauty products and feature Pins below that showcase the products used.”

The company cites a recent study by Mary Meeker of Kleiner Perkins Caufield & Byers, an early stages venture capital firm, in which 55 percent of people on Pinterest say they want to find or shop for products on the site. Since the company says a whopping 75 percent of the content people enjoy on Pinterest comes from businesses, Promoted Video is expected to appeal to businesses and individual  users alike.

“We found that Promoted Video performs across a wide range of products and businesses, including food, beauty, financial services and entertainment,” Bidgoli added on the company’s official Pinterest for Business blog.

“A study conducted in partnership with Millward Brown found that General Mills’ Old El Paso saw significant brand lift metrics, and that Promoted Video ads were 4x more memorable than a non-video ad. And people can easily save and then choose when to watch videos on Pinterest,” continued Bidgoli. “This helped Old El Paso see high completion rates, regardless of video length.”

Although Promoted Videos are currently only available to larger advertisers who work directly with Pinterest’s account teams, small businesses not working with a Pinterest account team can request more information about the video ads and access to the service. So undoubtedly that service is coming to smaller companies too.

More Enhancements to Make Pinterest the Platform for Shopping

The announcement of Pinterest’s new Promoted Videos came just a day prior to Pinterest introduction of three other major improvements to its platform. The platform improvements were announced via the official Oh, How Pinteresting Blog:

1. A New Way to Fine-Tune Your Home Feed

A few years back, the Pinterest introduced “Picked for you” Pins. While some users loved the feature that recommends interesting “pins” in your home feed, others did not. Now Pinterest says you can stop getting these recommendations. “Just head over to your settings and turn off your ‘Picked for you’ setting, and we’ll stop showing Picked for you Pins in your home feed,” said the company in the post. You can then curate your home feed by following and unfollowing boards so you see exactly the Pins you want.

In the past, you and a friend had to follow each other on Pinterest to send a message or board invite. Now you can send a friend Pins and invites even if you aren’t following each other, Pinterest added.

Additionally, you can now send Pins, boards and profiles to friends across apps — Facebook Messenger, WhatsApp, text message — whatever way you usually communicate with others in your community, the  company says.

“All of these updates were possible because of the helpful feedback we got from our Pinners,” the company added.

Meanwhile as a platform, Pinterest continues to grow. The company saw about 92 million U.S. visitors last month, according to ComScore, representing a 21 percent traffic increase from the same time a year ago.