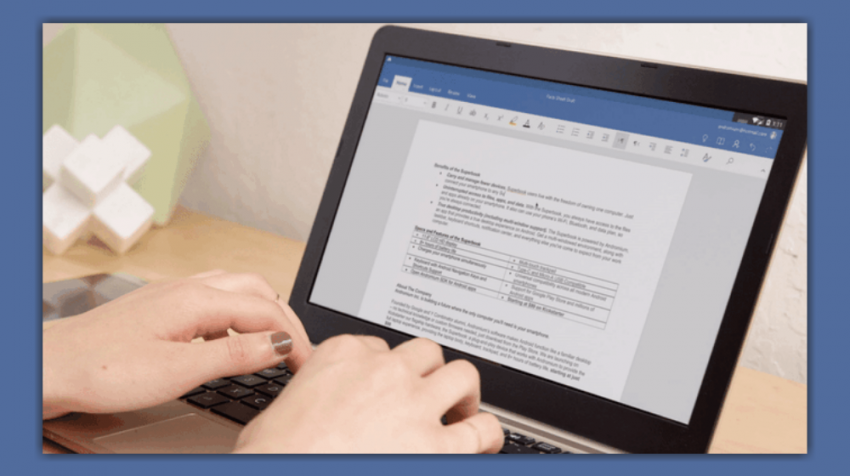 If you’re looking to converge your laptop and smartphone experience, at a fair price, you might only have to wait for the release of the Andromium Superbook in early 2017.

The Superbook is basically a laptop shell that uses your smartphone’s brains to operate. It looks more or less like a laptop, but instead of having the usual software that laptops use, the Superbook allows you to connect your Android smartphone for a full laptop experience. Essentially, the Superbook turns your phone into a computer.

This Smartphone Laptop Shell Turns Your Android Cell Into a Laptop

The Superbook has a full keyboard, a multi-touch trackpad and offers eight hours of battery life. It uses Andromium, an application that transforms data from your phone so that it can be easily interfaced on a computer screen. The device weighs about 2 pounds and measures 7.6 x 11.3 x 0.7 inches, which makes it a very portable option.

You will be able to access all your smartphone files as well as use your phone’s Bluetooth and Wi-Fi to connect to the Internet and other peripherals.

A statement from Andromium Inc. on the company’s Kickstarter campaign page says: “With the Superbook, you can do everything you can do on a laptop — and more. With desktop-class browsing, access to office applications, games, and even programming, the opportunities are limitless.”

Perhaps one of the most interesting things about the Superbook is the fact that it only costs $99. There was an early bird package that would have cost only $85, but that is all gone now. The fun part is that for a fraction of the price of an actual laptop, you can access your office apps, emails, social media and so on. Such access is what most businesses need anyway.

Though the idea of converging your smartphone with a laptop shell is absolutely ingenious, it is not a first. There have been similar products like NexDock, which raised $68,000 on Indiegogo.

The appeal with Superbook is the fact that it is extremely light, portable, can keep charge for hours and is extremely inexpensive. So  for budget conscious small businesses that need smarter innovation, Superbook is like having a smartphone and a PC for the price of one.