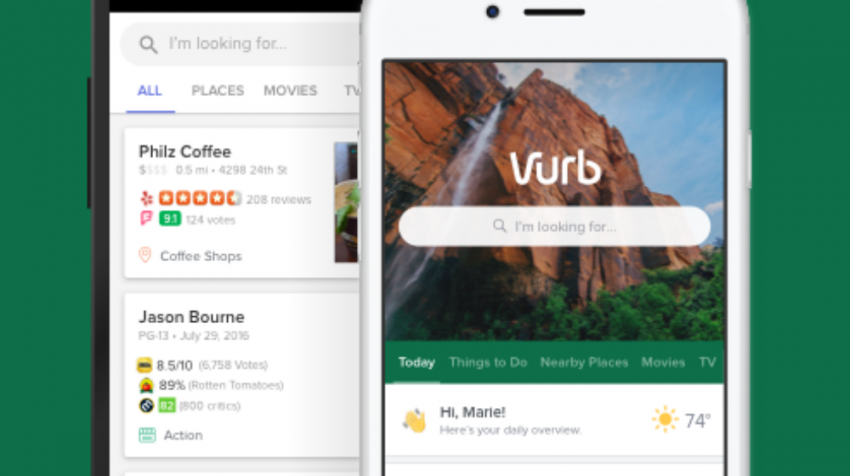 Vurb touts itself as tool for helping consumers decide what to do and who they want to do it with. So obviously, if you operate a small business that might be a local destination, learning more about this new tool can be key to your marketing efforts.

But how does Vurb work and how can the results users find really impact small businesses?

Well, those who download the app can create decks or collections of places they want to go and things they want to do and can share these decks with their friends from a list of contacts on other social media sites, such as Facebook. So you can imagine how valuable it could be to have your business mentioned by potential customers and their friends here. 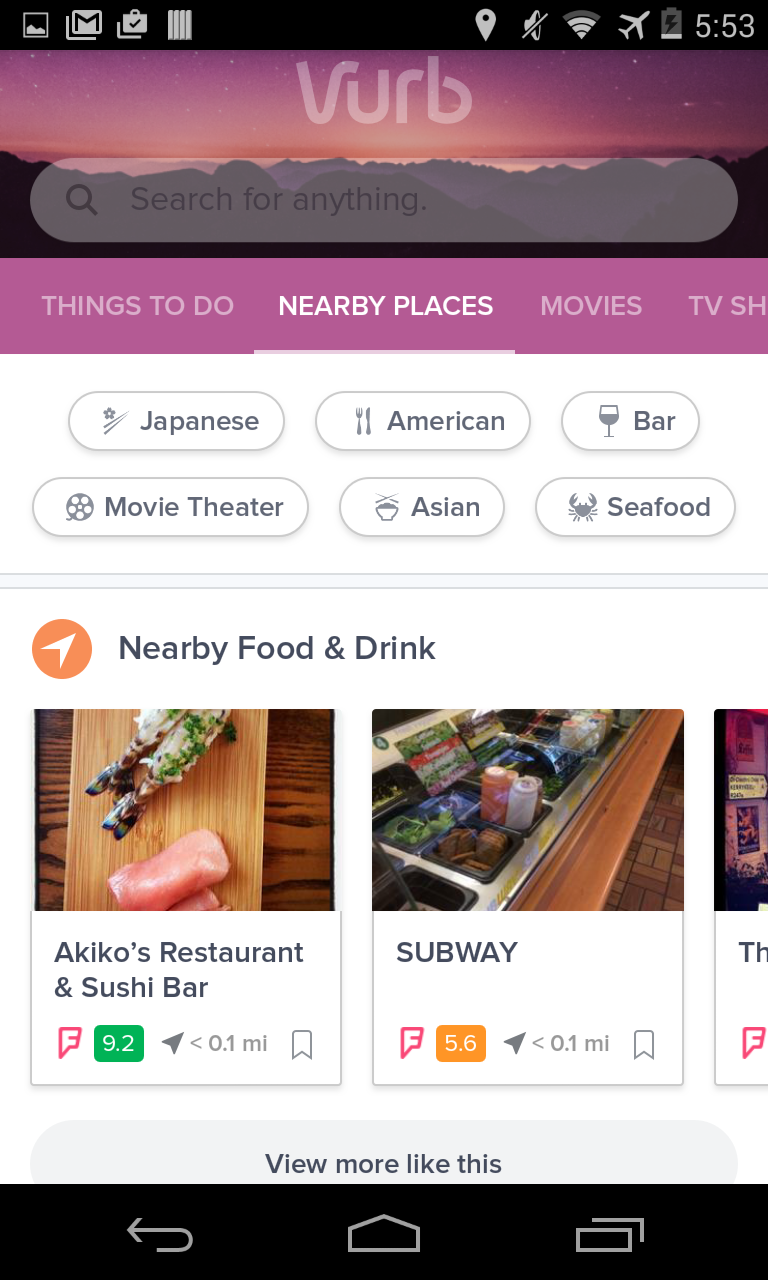 Vurb is a game changer, because it overcomes the limitations of traditional search engines by making mobile decision-making a collaborative effort. It also brings together the most relevant information consumers are looking for when they are most interested in taking action — when they are looking for something to do with friends.

When you take into consideration the amount of time people spend on their mobile devices, it will really make you appreciate the marketing potential this tool represents. According to an infographic by Cloudinary, planning an average night out may involve using up to 9 apps, 22 app switches, 77 swipes, 13 minutes on the phone and 10 texts. These are tasks Vurb can eliminate or dramatically reduce, while at the same time bringing customers and their friends together in the collaborative process.

See the screen below: 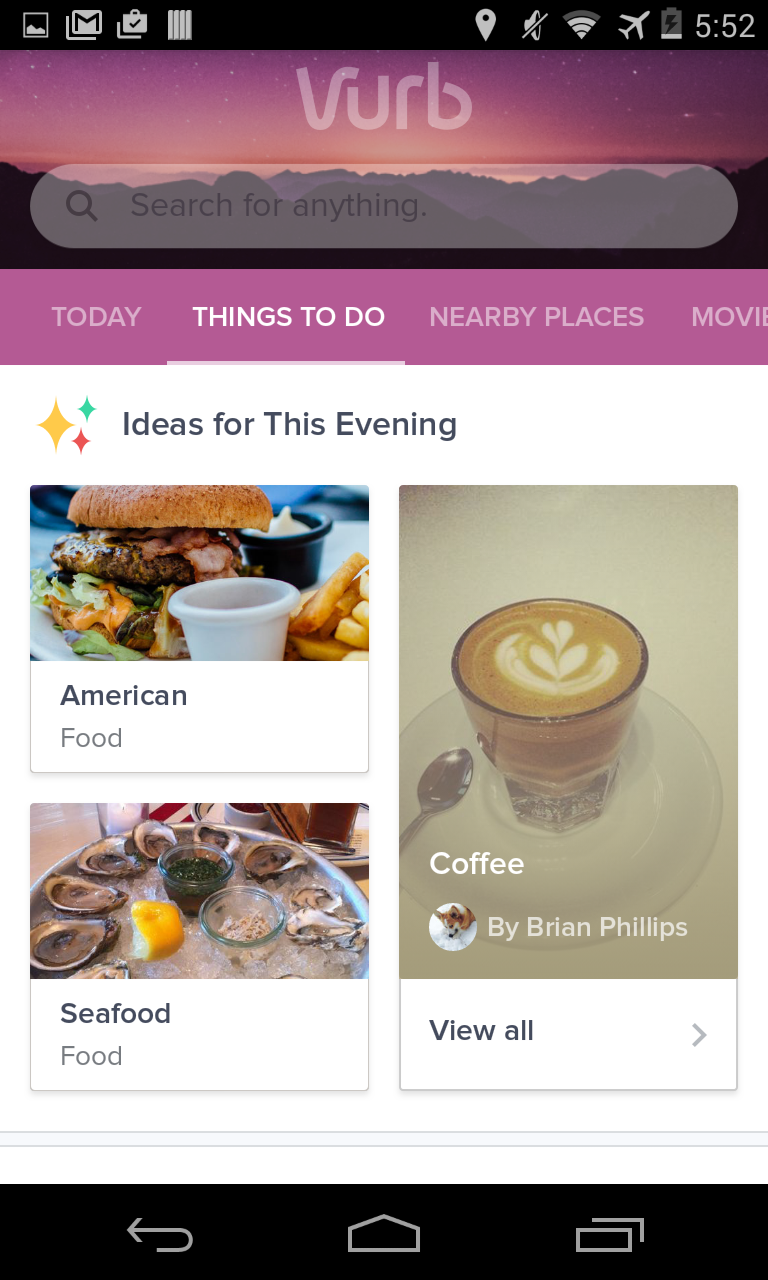 Vurb has tremendous potential applications in the Snapchat ecosystem. With Vurb and Snapchat, users can now share their favorite finds, make plans, buy tickets, get a ride, stream movies, listen to music, make reservations and more. This will of course translate to longer times on Snapchat, giving brands large and small a chance to be part of the conversation users are having.

For small businesses, the coming together of Vurb and Snapchat represents a great opportunity to engage with users and make their businesses part of the conversation. Whether it is a restaurant, movie theater or a retail stores, this will provide these businesses a great marketing platform to increase digital presence.

Vurb is the seventh company Snapchat has acquired in the last two years. Other acquisitions include Obvious Engineering, Bitstrips, Looksery, Scan, Vergence Labs, and AddLive. While individually they may not have caught anyone’s attention, together and with Snapchat’s assets they are coming together to make the social media platform even stronger as it moves forward to better monetize the service it provides.

Vurb was founded by Lo in 2011, and when it came out of stealth in 2014, TechCrunch called it a legitimate challenger to Google search. The company then won the grand prize in the TechCrunch Disrupt NY Startup Battlefield 2014, which helped raise an additional $8 million adding to the $2 million it had already secured in a previous round of funding.

What the investors saw in Vurb was the way in which it makes mobile search focus on browsing instead of countless result pages on Google. Essentially, it brings together the different apps in the ecosystem, such as Fandango, Foursquare, Google Maps, Yelp, Uber and others to help customers find directions, eateries, movie theaters, places of interest, trending videos, reviews, a ride and more all within the app. That means not having to jump in and out of different apps to find what you and your friends want to do.

If you want to try Vurb, it is currently available in the App Store, Google Play and the Amazon App Store.