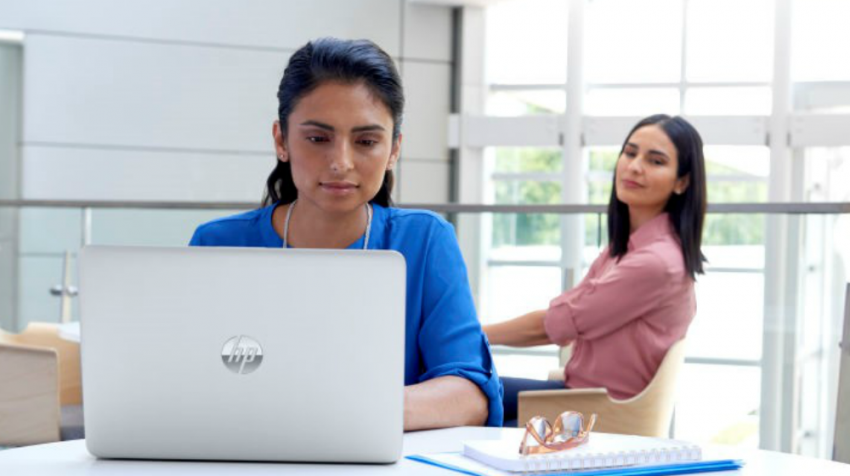 You go out to Starbucks or another spot to drink your latte and enjoy free WiFi on your laptop, when you notice someone looking at your monitor. At this point you don’t know if it is an innocent glance, or someone that is “shoulder” or “visually hacking” the content that is displayed on your computer. The threat of this type of hacking is very real.

To highlight this very problem, Ponemon Institute conducted an experiment in the U.S in 2015, which was later expanded by 3M to include offices in China, France, Germany, India, Japan, South Korea and the United Kingdom.

It has resulted in HP (NYSE:HPE) and 3M (NYSE:MMM) coming together to create the HP Sure View integrated laptop privacy screen.

The visual hacking experiment in the US revealed an undercover white hacker was able to visually capture information in 88 of the cases in 15 minutes or less. This person was able to view five pieces of sensitive information for each case, which included employee and customer information as well as corporate financials. The hacker was only stopped in about one third of the times or 30 percent of attempts, which means in 70 percent of the cases no one noticed it was taking place or did anything to stop it.

In other countries, the rate for the same attempt was 91 percent, the time was the same and the remaining data points were 52 and 68 percent respectively.

The new Sure View feature is going to be available on the HP EliteBook 1040 and HP EliteBook 840, which are aimed at business users looking to protect their information from visual or shoulder hacking by onlookers.

The Sure View solution is a joint development that brings together HP’s propriety technology along with 3M’s optical films so users can control their privacy at a touch of a button. Giving the user the option of controlling when to activate this feature means there is not a permanent film that is always on. This is extremely important, because even though the technology is effective, it does have limitations and hinders the full capability of the screen.

When the Sure View feature is activated, it adjusts the backlighting and it decreases the viewing angles of the display to around 35 degrees. All it takes is for the user to hold the function key and F2 (FN+F2). The viewing angle and brightness can further be adjusted independently to provide the best results. As of right now, the technology is being used on TN or SVA panels with FHD resolution, but HP says there is no reason it can’t be applied to other types of screens in the future. 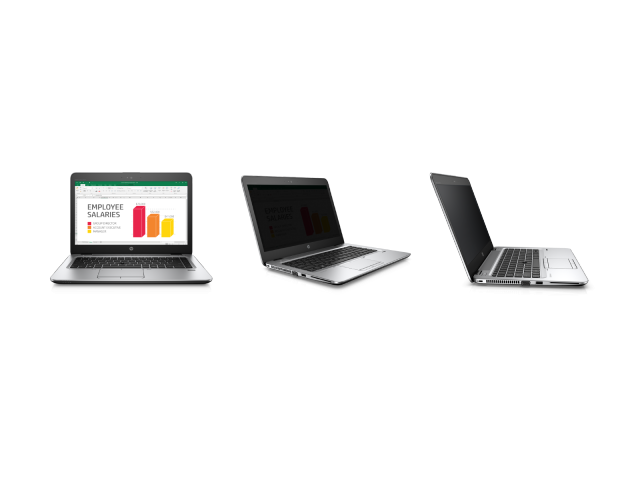 The best feature of this technology is that it is not an overlay filter you place on the monitor. It is integrated, and you can choose when to apply it, the company says. As with anything that blocks the image on a monitor, the quality may suffer, but this technology hasn’t received any complaints so far. It also compensates for any issues with image quality by giving the user the ability to adjust the level of protection, according to HP.

Today’s workforce requires a collaborative environment that brings employees together no matter where they are. And increasingly, they are working outside of the office, which brings the issue of security front and center. For businesses that have high regulatory compliances because of the sensitive information they possess, the Sure View technology is just one of many tools small businesses may choose to ensure they are protected.

Security in the digital world requires a comprehensive effort in which every touch point is protected with the latest software and hardware. However, these technologies are only as effective as the strict governance rules put in place by the businesses involved to ensure everyone is following the system that is in place to limit any potential security breach. Sure View technology may be one such technology businesses use in the future as a safeguard.