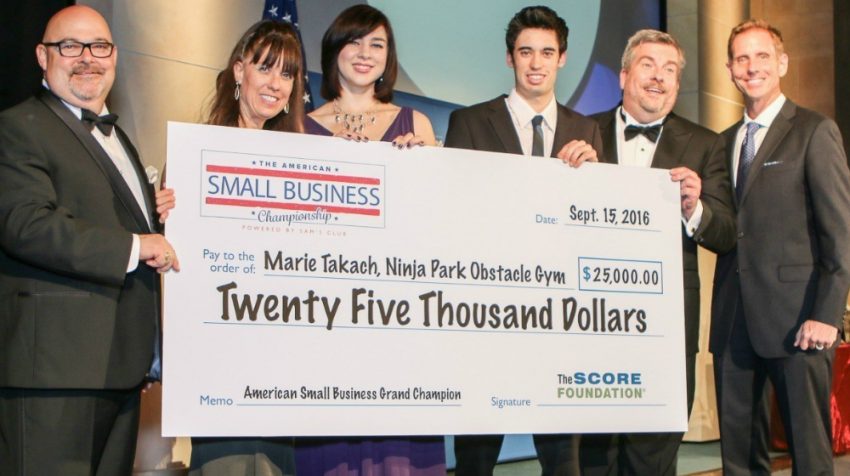 SCORE, a nonprofit organization that provides mentorship and education to small business owners, and Sam’s Club, the nationwide wholesaler club which also serves many small businesses, recently announced the winners, or Champions, as they call them, of the 2016 American Small Business Championship.

The Small Biz Championship program, a national competition open to small businesses around the country, is hosted by SCORE and Sam’s Club to address the unique challenges and obstacles faced by small business owners. It typically rewards 102 small businesses and entrepreneurs, two from each state and the District of Columbia, for their sacrifices and dedication in making their businesses successful.

This year’s edition of the American Small Biz Championship had 103 Champions from 48 states giving the winning responses to the question, “What sacrifice have you made to help your business succeed?”

The Small Biz Champions were awarded a $1000 Sam’s Club gift card, an all-expenses paid trip to attend a regional Championship Celebration and Symposium, SCORE mentoring and training for a year and national publicity for their small businesses.

As per the competition practice, one Grand Champion is selected from the group of finalists by a judging panel of small business experts to win $25,000 grand prize, depending on how effectively they utilize the Sam’s Club gift card and the SCORE regional training events.

According to a press release provided by SCORE announcing the Grand Prize winner, Ninja Park offers clients of all ages and fitness levels classes, parties and training sessions that build strength, self-confidence and perseverance skills. The business was one of nearly 400 small businesses that entered the 2016 American Small Business Championship from across the nation.

“Thank you, thank you! We are so excited and grateful. I am inspired by the work that SCORE does to assist people like us with the often difficult job of starting, operating, and growing a small business,” said Ninja Park co-owner, Marie Takach in prepared comments in the release. “I am also so grateful to Sam’s Club. Their efforts are invaluable in assisting small businesses like ours in growing so that we can help more people in our community.”

Garrett Takach, who founded Ninja Park in 2014 when he was just 18 years old, said his close relationship with his younger brother who has autism inspired him to start a business that helps autistic children learn to overcome obstacles in a fun, safe and supportive environment.

“Our hope is that the lessons learned in our gym can be taken home and utilized when facing everyday life challenges,” Garrett Takach said in the release. “Winning this Championship will give us the opportunity to buy special needs equipment, expand our children’s obstacle and party area, and offer more times to accommodate greater numbers of clients.”

Founder Takach accepted the $25,000 Grand Prize at the SCORE Awards Gala that was held at the U.S. Chamber of Commerce. He said the prize money will go into the continued development of Ninja Park’s program for children with autism.