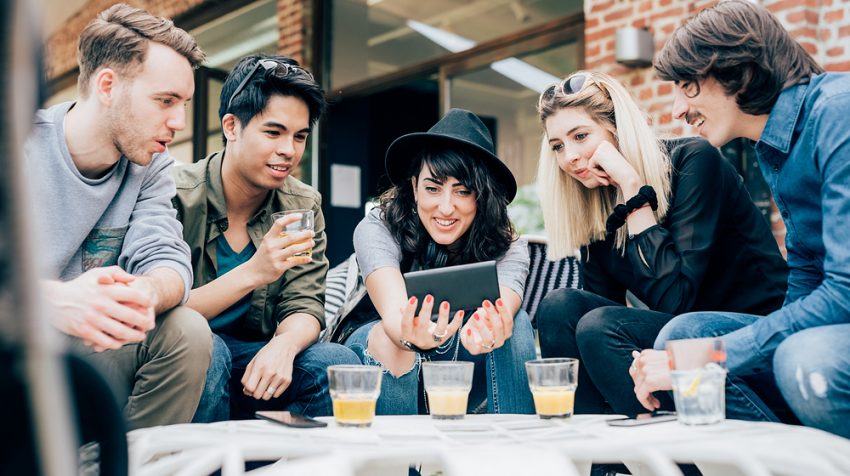 Believe it or not, benefits and money are not the top motivators for Generation Z — the oldest members of which are in college now and are set to enter the workforce soon.

Instead, the new generation considers respect and ethical behavior as the most important characteristics of a future employer, according to a new global study by EY (formerly Ernst & Young) reveals.

Specifically, about 71 percent of Gen Z respondents say that respect is the most important factor when it comes to trusting potential employers.

The findings seem to partly contradict another recent study by recruitment giant Monster, which had found that members of the so-called Gen Z value high salaries and health insurance above other factors.

Apart from respect, the new Gen Z workforce wants to work for employers who value ethical behavior (65 percent) and offer fair compensation (64 percent) — so, this conclusion at least seems to correspond with the Monster study to some extent.

It’s also worth noting that about half of this new generation (48 percent) wants to work for a larger employer. This could be attributed to a slow economy where young professionals feel more secure working for big corporations. And it could mean competition will be fierce for small businesses trying to lure these employees to work for them.

“It’s interesting to juxtapose the desires of Gen Z with that of the millennial generation. Surprisingly, unlike their millennial peers, who prefer more flexibility over structure, Gen Z is actually exhibiting similar traits to their Gen X parents and boomer grandparents, both of whom have lived and struggled through cycles of economic downturn,” said Karyn Twaronite, EY Global Diversity and Inclusiveness Officer.

The study also found that the up and coming generation doesn’t take parents’ experiences lightly. One in five respondents compared to one in ten global respondents shared that their parents’ work experience had a “very or somewhat negative” impact on how much they will trust future employers.

As the study shows, building trust and earning respect are crucial when it comes to hiring Gen Z professionals. This is particularly important because this generation is extremely tech-savvy and accesses information with a click of a mouse.

While it’s true that a majority of respondents want to work for large corporations, innovative challenges and opportunities to achieve professional growth that small firms offer also appeal to this generation.