Facebook Adds Instant Video to Messenger: Is This a Skype Alternative? 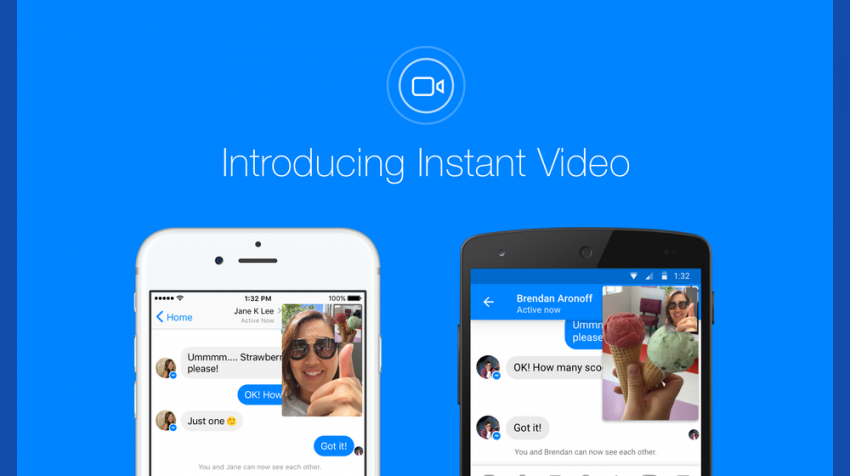 A recent update by Facebook has furnished Facebook Messenger with the ability to stream live video — a feature that’s been widely enjoyed by fans of rival applications like Snapchat, Google Duo, Skype and FaceTime.

“It’s perfect for sharing quick moments with friends who aren’t right by your side or making your conversations richer by seeing each other face-to-face when you are messaging” the company said in their announcement post. “Sometimes you want to ask a friend’s opinion on a pair of shoes you want to buy, weigh in on what ice cream flavor they should bring home, or just want to see your BFF’s reaction to your witty message when you’re in a place where you can’t actually talk live.”

Both you and the person on the other end of the chat must be using the latest version of Messenger for either Android or iOS. On your open chat screens you will see a video icon on the top right corner. Tap on it to start sharing real-time video.

The audio is automatically off by default, but you can easily turn it on if you so choose. You can as well choose to mute the video as you continue to text message. The nonintrusive video floats over the active text conversation allowing you to smoothly continue with your chat. The person you are chatting with can as well share a video back if they so wish.

With its more than 900 million users worldwide, Facebook Messenger is probably the most popular messaging app. The wide user base somehow guarantees that most of your friends, business partners or clients are probably using it. The app also offers mobile to web video chat, which is special because it doesn’t limit you or your clients to using a specific type of device.

It would, however, be a bit unfair to compare it with Skype, one of the oldest video messaging systems on the market, as Skype offers a host of features such as regular calls, group video calls, live translation of 7 languages among other features that have been perfected in its 13 years of existence.

Meanwhile, there are other applications like Google Duo that don’t offer group calls yet they are fast catching on so Messenger might as well do the same.