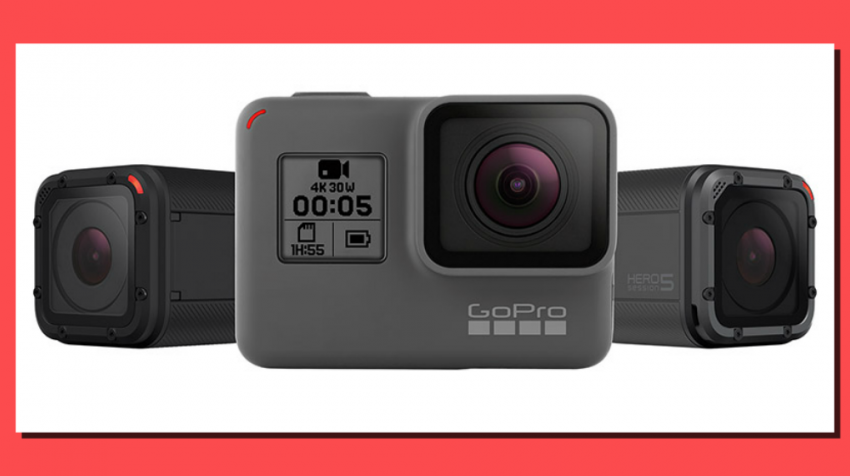 The internet, mobile technology, video and social media have merged together to give businesses and consumers a platform to share, connect and market with rich media. What GoPro (NASDAQ:GPRO) has tried to do with the new HERO 5 Black and HERO 5 Session cameras is simplify the process of capturing, sharing, storing and editing video so much, it becomes effortless.

GoPro is well known for capturing extreme sports and action sequences by professionals and amateurs alike. So the company has a customer base that greatly relies on its cameras. But going beyond this base required GoPro to add new features so anyone can pick up the new cameras and start recording 4K videos with greater ease than its previous versions.

The new HERO 5 Black and HERO 5 Session are cheaper and more powerful, with features the company says you can use out of the box to capture video and still images.

The HERO 5 Black has a 2-inch touch display to simplify the controls of the camera, but it all begins with a one-button control to power on the camera to start recording automatically. Once it is on, you can capture videos with resolutions up to 4K at 30 frames per second and professional still images of 12 MP with enhanced low-light performance on RAW and Wide Dynamic Range (WDR) formats.

Voice control has been added to further simplify the use of different functions. The camera has 10 commands in seven different languages, just in case you happen to be hurling down a slope and your hands are busy. So whether you speak English, German, French, Italian, Spanish or Chinese (with more languages on the way), voice control should understand you.

And if you happen to be, say, jumping out of an airplane, the new professional-grade electronic video stabilization feature will keep all of your images steady. And when it comes to audio, the stereo audio recording has an advanced wind noise reduction feature to better capture what you are saying — or screaming.

The HERO 5 Session is a smaller version of the Black, but it pretty much keeps most of the features, including 4K video capture, image stabilization, enhanced low-light performance, WiFi and Bluetooth, waterproofing and voice control.

What you won’t find on the Session are the touch screen, GPS and RAW or WDR capture modes. Additionally, the still image capture is 10MP instead of the 12MP of the Black.

This is the cheapest version of the new line, however it still has some impressive features at this price. They include waterproofing, WiFi and Bluetooth, one-button control, and advanced noise and wind reduction.

The video and still capture are still high definition, with 1440P30/1080P60 for video and 8MP/10 fps burst time lapse for still images.

GoPro was and is still great at capturing video, but the company didn’t have the right set of apps to edit the millions of hours its customers were recording on its cameras. To overcome this problem, GoPro purchased two editing apps in February of this year: Splice and Replay, which the company has renamed Quik. With the new services users can now edit long videos into two minute highlight reels.

Quik, as the name implies, has been designed to quickly let you edit your videos by cutting off the boring footage and keeping the exciting stuff so you can post it on your social media site and share it with the world.  Splice, on the other hand, has more features, so, if you want more control, this is the app for you. Both apps are available for iOS and Android devices, as well as for your desktop.

GoPro Plus is a subscription service that is available for $4.99 per month, which includes an auto upload feature when you are charging your HERO cameras from your computer. The editing capability is available through the cloud on your smartphone, so you can quickly edit your videos no matter where you are.

The subscription plan also has a soundtrack library, premium support, among other features and accessories.

Video has become the preferred way of communicating for a growing number of online consumers.

If you own a small business running an outdoor/adventure company offering hiking, mountain climbing, hand gliding, whitewater rafting, camping, motocross, racing or other activities, you can now capture the experiences your customers are having — or can expect — with greater ease, better images and sound.

You can also use the cameras to interact with your customers by creating product tours, webinars, hands on lessons, and more.

With the new added features on the HERO 5 Black, HERO 5 Session, and HERO Session, there really is no limitation on how you can capture and share video.

The HERO 5 Black and HERO 5 Session will be available beginning October 2, but there is no date for the HERO Session on the company site.