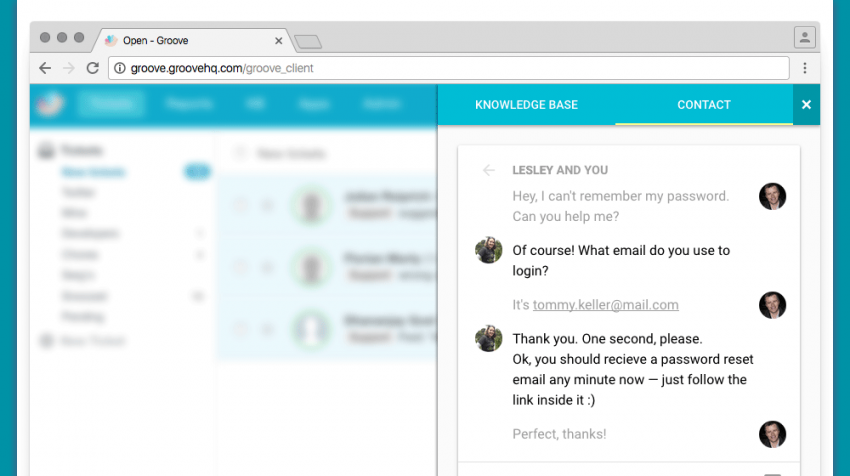 This is not the first time Groove has included live chat as part of its product lineup. The company had its own version but killed it saying it was not competitive with other live chat tools on the market, had low usage among customers and was a drain on resources.

There was sufficient demand by customers to cause Groove to reconsider its stance, however, and the company reviewed several options that included:

In a blog post reflecting on the reasons for partnership, Groove CEO Alex Turnbull said, “We believed in many of the same things: bootstrapping to sustainable growth, growing a remote team that gives employees flexibility and opportunity, and building a brand by being different and creating human connections with our customers long before they became customers.”

Once the two companies struck a deal, it took several months of working together to develop the product, which was released last week.

“This isn’t one of those basic integrations with minimal functionality,” said the official blog post announcing the product’s release. “This is the result of months of deep collaboration between our development team and Olark’s, to build a seamless integration that gives you full live chat capabilities within Groove.”

So far, customer feedback has been positive, and it looks like a “huge business win,” according to Turnbull.

Read Turnbull’s full post to learn more about the partnership and visit the Live Chat Widget page to get more detail about how it works. Groove customers can go to “Apps” in their account to add the integration.