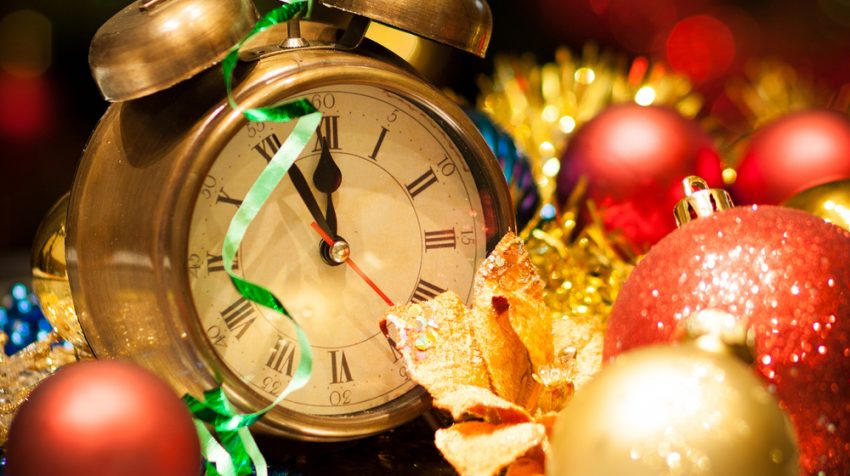 Benjamin Franklin said it well: “Procrastination is verily the thief of time.” Failure to achieve everything that you know you can do in a set amount of time can be disheartening, can make you feel less than you really are. But there are ways and means of besting procrastination. Not every suggestion here may suit your taste and temperament, so try them out buffet style; if one doesn’t do it for you, move on to the next:

How to Manage Time During the Holidays

Can It Be Outsourced?

Sometimes a task that needs to be done can be delegated or outsourced to someone else. Nobody can micromanage every little thing, so take a long hard look at the task at hand to see if you can give it to a partner, colleague or even a friend or family member to do for you. See if you can barter something else for it — babysitting, dog walking, attending a dull seminar for someone, etc. It’s not a sign of weakness to ask for help. It’s a sign you know how to prioritize your time. If it’s something that only you can do, then the following tips will come in handy.

Focus on the Benefits Once It’s Done

Try to visualize how good it will feel to get it done.

Think of how doing this task will solve a problem or move a project along, or just get that nagging feeling off your back. Just do it. When it’s done, tell yourself two things: First, that you feel better now that’s it done, and second, that it wasn’t all that difficult after all. Most people look forward to positive consequences — this is how you harness that characteristic.

What Happens if It Doesn’t Get Done?

What are the consequences if you don’t get it done on time? Who will it hurt or irritate? This is known as ‘negative motivation’. Some people are able to harness their worry and nagging doubts in order to get their work done fast and efficiently. If you don’t like how a looming task is making you feel, then get started on it NOW. In most cases you’ll start to feel better immediately. You don’t have time to worry about something when you’re actually doing it.

Don’t Try to Swallow It All at Once

It’s possible to eat a whole elephant by yourself, but not in one piece! It’s the same with any assignment. Cut it into manageable pieces, and don’t leave them too big — otherwise you still might choke on them

Don’t worry about doing it all in order, either. There’s no reason you have to start with the ‘trunk’ if taking care of the ‘tail’ eases you into the task sooner. As each piece of the project gets done, the whole of the thing becomes smaller and less challenging. Soon, there’s nothing left but elephant lips!

Promise Yourself a Treat Afterwards

Pick a small reward for when it’s all over and done with. A personal moment to listen to some music, taking a quick walk, or buying a boutique cupcake and keeping it in sight as you toil away — knowing how good it will taste when you’ve finished your task.

If it’s a big, involved task, you can use a timer so that every 45 minutes or so you take a break to nibble on the cupcake or stretch your legs, or whatever it is that you’ve promised yourself as a reward. And then don’t cheat; work tirelessly that whole 45 minutes. You can do it, because you know it has to come to an end and you can enjoy a little something when the timer goes off.

It can feel overwhelming when you have too much on your plate at one time. It will drain your energy and motivation. This is especially vexing when there are constant reminders of other tasks ahead of you as you plod on.

So clear the decks, physically and mentally, of all the other stuff that needs doing. Focus on the ONE THING you are doing right now. The other stuff will keep. Or, as financier J. Pierpont Morgan was fond of saying: “No problem can be solved until it is reduced to some simple form. The changing of a vague difficulty into a specific, concrete form is a very essential element in thinking.”

Keep Track of Your Accomplishments

Isn’t it funny how you can spend eight hours getting things done well, and then at the end of the day still feel as if nothing was accomplished? You need to keep a list of everything you accomplished each day — then, when it’s over, you can look at the list and be astonished and heartened all over again at how much you really did get done — despite all the distractions and upsets that the normal day brings.

Write every task down for the day on separate note cards. Then flip them over and shuffle them. Commit yourself to doing the top one, no matter what. The element of chance and surprise can really brighten things up. When that one is done, pick the next card. This may not be appropriate for every occasion, but it does add a bit of playfulness to your work day.

Who is Your Alter Ego?

What would Superman or Wonder Woman do if faced with your current task? They’d get it done in record time, no doubt, while smashing villains left and right. So pick a super hero to emulate and really get into their mind as you tackle that PowerPoint presentation or report that was supposed to be done yesterday. Hum the theme of your super hero as you triumph over that villain of all villains — procrastination!

Know When to Fold

First drafts and first attempts are never going to be perfect. So don’t get frustrated when your initial attempt turns up a little lacking in something or other. You’ve made a heroic start on the project, for which you should congratulate yourself.

Continue on with the next draft and/or attempt, and keep going until you’ve got what you want. And if you find yourself never reaching that point, then, in the words of the The Gambler, “Know when to fold em”. You’ve got to be able to realize when something may not be perfect, but is good enough to do the job and satisfy the boss.

You may be faced with a multitude of roads to take to achieve your project. So you become paralyzed with the What Ifs — ‘what if I do it this way but the other way would have worked better?’ And you don’t get started at all. Decide to decide on one way of doing it — then do it. If it turns out not to be the correct way, so what? Now you know of at least one way of not doing it — which will come in handy with future projects. Don’t beat yourself up for wasting time; just chalk it up to experience and decide on a new route.

Or decide to shelve it and come back to it when you’re rested and relaxed.

All work and no play makes Jack, and Jill, a burned out slacker. Make sure to schedule time for yourself, for your friends and family, for your hobbies and pleasures. Successful people have said it so often that it’s almost a cliche: “When I can’t find a solution to a problem, I go skiing (or camping or jogging or whatever), and while I was enjoying myself the answer came to me unbidden!” And if the inspiration doesn’t come in the middle of a game of Scrabble, then so be it — at least you’ll be rested up and ready to tackle that same beast of a task the next day.

And Always Keep in Mind:

See Also: 5 Ways to Enjoy Your Labor Day Holiday While Automation Works for You

The research has probably already been done, so just start in on it. Time yourself with a device, not with your ‘inner voice’ — which is pretty lazy and unreliable. If at first you don’t succeed, find somebody who has and adapt their ideas to your project.