Is the IRS Targeting Small Businesses? Yep, Says One Expert 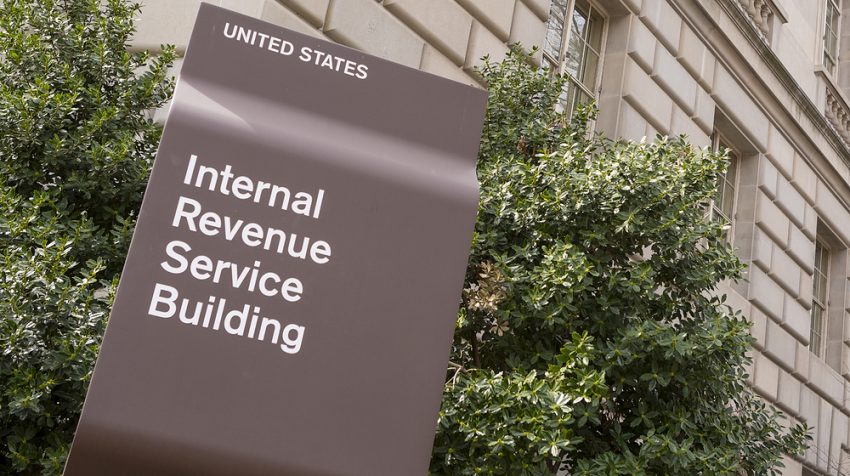 The “random” audits of small businesses and their owners’ tax returns by the U.S. Internal Revenue Service (IRS) to find unreported income has left the small business taxpaying community feeling like they are being picked on and unduly forced to go “through the wringer.”

That is according to Donald T. Williamson, a professor of taxation at American University’s Kogod School of Business, Washington, D.C., who says the growing number of IRS audits seem to disproportionately target small business taxpayers.

“Most audits are not random, i.e. the IRS has a secret algorithm for determining how likely each taxpayer is to have unreported income,” wrote (PDF) Williamson in recent testimony submitted to the United States House of Representatives’ Committee on Small Business. The committee is investigating issues small businesses confront when they are audited by the IRS.

“Employing this calculus, the IRS has concluded that small businesses are less likely to be paying their fair share of taxes relative to much larger enterprises, a surprising conclusion in light of frequent press reports of multi-national corporations allocating billions of dollars of profits to no or low tax jurisdictions to avoid U.S. income taxation,” stated Williamson in his testimony to the House Committee.

The reason Williamson thinks small businesses are targeted more for tax audits is because they receive most of their income in cash, which can be particularly difficult to identify and easily misreported. However, some of those tactics could also be the result of the IRS’s reduced auditing budget, which is putting pressure on IRS auditors to shake down small businesses as quickly and efficiently as possible.

It’s no secret that the IRS auditing of small businesses’ tax returns, a process that is less regulated than large corporate tax audits, and the now annual amendments to the Internal Revenue Code have had a profound effect on small businesses. Williamson cited in his testimony a National Taxpayer Advocate study that estimates each year small businesses spend approximately 2.5 billion hours preparing tax returns or otherwise responding to IRS inquiries about the preparation of their returns, the equivalent of 1.25 million full-time jobs.

“In meeting these requirements 70 percent of small businesses employ tax professionals just to prepare their returns and represent their interests before the IRS at a cost of more than $16 billion for the services of attorneys, accountants and other professionals,” wrote Williamson in his submitted testimony. He added that it is impossible today for small businesses owners to be knowledgeable in the entirety of the nation’s complex tax law. This impedes their efficient operation and obstructs their businesses’ ability to grow and create jobs.

But that’s not all, added Williamson, who is also the Director of a Masters in Taxation (MIT) degree program at Kogod School of Business at American University, which offers graduate courses in federal taxation to small business owners who wish to expand their knowledge of the nation’s tax laws. He added that over 90 percent of all tax returns filed by small businesses are prepared by CPAs, attorneys, enrolled agents and other tax specialists — at least in part.

These tax specialists are usually also retained to represent small businesses when they are selected for IRS audit, according to a National Federation of Independent Business survey also cited by Williamson.

When a small business is selected for an IRS audit, Williamson observed that such an exercise is time-consuming and imperfect. He noted that the IRS collected just $7.3 billion from audits last year — its lowest in 13 years. Meanwhile, small business taxpayer responses to written notices where there is a disagreement often sit at IRS processing centers for weeks or even months until assigned to an auditor.

“Once a taxpayer’s response is actually reviewed by an IRS auditor, it is often the case that the auditor will often find the taxpayer’s response to be insufficient setting off a new round of correspondence consuming several more weeks or months,” Williamson testified. “Rather than this exchange of letters that inevitably must be made by certified mail to ensure receipt by the IRS, a meeting, or even simply a telephone call, with someone at the IRS assigned to the case would often settle the matter in a few minutes.” But, as Williamson laments, this convenience is not granted in the auditing process.

And keep in mind that small business owners often rely upon enrolled agents, CPAs or attorneys when they are contacted by the IRS, meaning significant costs arise for even insignificant inquiries. “Indeed, the chances of a Schedule C [IRS profit or loss form filed by sole proprietors and other self-employed taxpayers] being audited are almost twice as great as a small corporation being audited,” Williamson said. “This evidence seemingly indicates that small proprietorships are in the audit crosshairs.”

The Big Question: Is the IRS Targeting Small Businesses?

Williamson thinks so. He insisted in his testimony that the IRS seems disproportionately to target small businesses regardless of the degree of misreported income by a few, and added that this is both an inefficient use of IRS resources and unfair to the vast majority of small businesses that properly report all their income. Williamson was also keen to point out that small businesses generate more growth and create more jobs than any other sector of the U.S economy and shouldn’t be targeted.

Williamson finished his testimony by urging the IRS to streamline and simplify the small business audit process. He gave additional oral testimony drawn from his written remarks in a special hearing of the House Small Business Committee convened by Congressman Steve Chabot (R-Ohio), Chairman of the committee. The hearing was held Wednesday, September 14, 2016 in Room 2360 of the Rayburn House Office Building, Washington, D.C.