Will Your Next Restaurant Be Run By Robots? 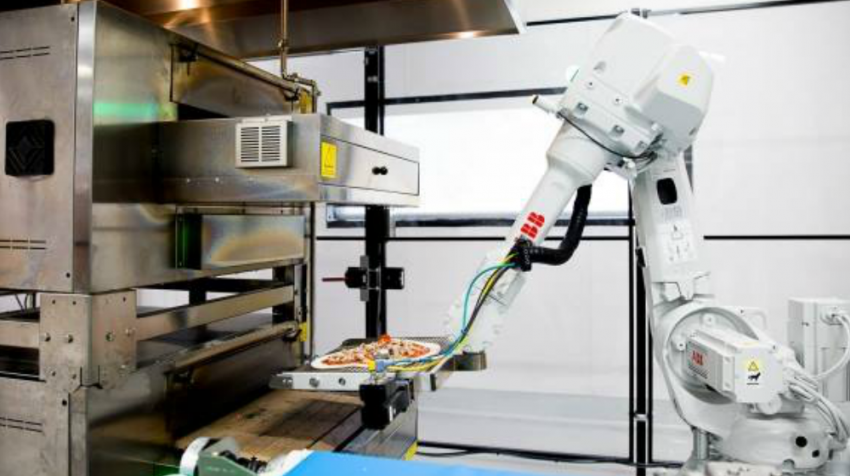 The technology behind robots has improved greatly in recent years. Robots can now clean your house, prepare food and even learn from watching YouTube videos. And all of those improvements could have interesting implications for businesses.

Businesses staffed almost exclusively by robots might seem like something out of a science fiction movie. But concerns about rising minimum wage combined with technological advances could make this an actual viable possibility for businesses.

In fact, one pizza startup is already experimenting with using robotic technology to prepare and deliver pizzas quickly. Zume Pizza uses robots to do some tasks that would normally be handled by actual employees, like dispensing and spreading tomato sauce.

But according to the company, these robots aren’t about just saving some money on hiring. The company still has employees. But the robots can actually improve the product for customers. For example, the tomato sauce spreading robot has the ability to spread sauce more evenly than a human can.

Zume’s process starts with an actual human employee putting the pizza crust on the line. Then the pizza moves along the assembly line of robots using optical targeting to alert each robot when to do its particular job. First comes Pepe, the tomato sauce dispensing robot, which dispenses a very exact amount of sauce onto each pizza crust. Then Marta, another robot, takes that sauce and spreads it into a spiral around the crust. Then human employees take over again to adjust any imperfections and add cheese and toppings.

The humans have exactly 22 seconds to complete the toppings step before Bruno, another robot, takes the pizza off the line and puts it into the oven. Bruno is a very advanced robot that is similar to those seen in manufacturing settings. But it has been fine-tuned to mimic what an actual human would do.

Everything about Zume Pizza is technologically advanced, right down to the pizza boxes that are designed to absorb moisture so the pizza stays crisp. And the company is also working on changing the delivery process so that people can get their pizzas quicker and they won’t be soggy or lukewarm by the time they actually get to their destination. So right now, the company is working on delivery trucks that will actually cook the pizzas while in transit. The trucks will include GPS-connected pizza ovens so they can cook pizzas while they approach specific delivery points.

And the innovation doesn’t stop there — the company has also been collecting data on pizza ordering habits so that they can be proactive about having certain pizzas available in certain locations. And then they could potentially reach out to customers to sell approaching pizzas.

It’s an interesting and high-tech approach to pizza. But for those consumers who are looking for a more consistent and efficient way to get their pizzas, it could certainly be appealing. And for businesses, Zume demonstrates just how much is already possible with the help of robotics and similar technologies, even in industries where you might not expect it.