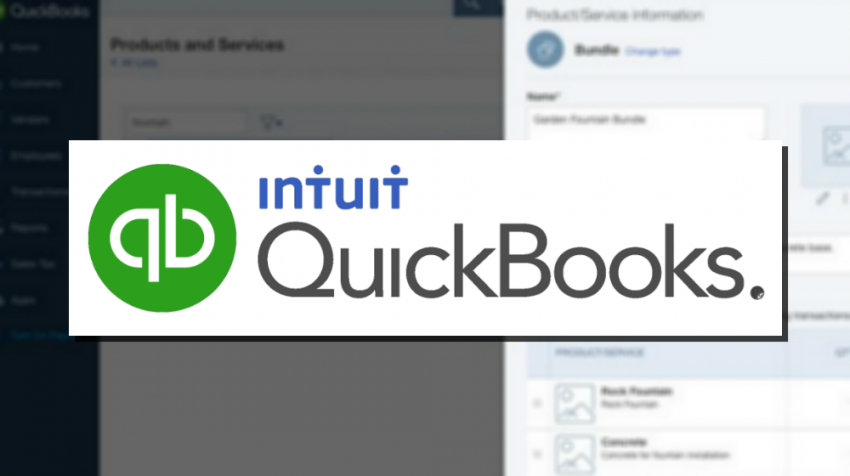 When it comes to your business’s finances, there are so many different tools for you to consider. So it can be a big help when the tools you already use integrate with one another to make the whole process easier.

Recently, Xero announced improved integration with PayPal. And Shopify also added a partnership that could help merchants with their finances.

In other news, QuickBooks finally allowed its users to create bundled products of items that are often sold together.

Read about these updates and more in this week’s Small Business Trends news and information roundup.

Xero (NZE:XRO), the cloud-based accounting software for small and medium-sized businesses, has been on a roll this year having already offered its customers a way to support credit card payments through Stripe and to access a variety of payment options when preparing an invoice.

Manually managing tax compliance requirements can be extremely difficult and time consuming as well. It can also be costly as your business can face penalties and fines if you get it wrong. This is why it is absolutely critical for you to get yourself an automated system that will help you reduce risks and complexities, allowing you to focus on your primary expertise.

The accounting software package QuickBooks from Intuit (NASDAQ:INTU) recently released “Bundle,” a feature that lets you track a group of items you are selling on the software. The new bundle feature is one of a number of recent improvements to the QuickBoks platform.

Mandatory Retirement Savings Program Coming to a State Near You?

Washington state has created a Small Business Retirement Savings Marketplace where small businesses can go to get affordable retirement plans to offer their employees. The marketplace is expected to open in January, ahead of an expected mandate in the state. There are already some states where a mandate is in place, and even some cities are exploring the possibility.

Small business owners are trying just about everything to try to recruit new talent these days from flexible hours to 401 Ks. But what about offering something just a little less conventional.

If you’re in the market for a new pair of sunglasses, there’s a new brand to consider. Snapchat — yes, that’s right, Snapchat — just revealed a new product: sunglasses that record video. Like the popular smartphone app, the glasses record video in ten second increments. But since they’re wearable, it gives the user more freedom to record their daily lives. The glasses cost $130.

Anheuser-Busch is in the midst of the largest beer merger in history. The company has been attempting to take over SABMiller, the maker of Miller Lite, for about a year now. And shareholders finally approved an offer this week. It hasn’t been an easy process, largely due to outside factors. Of course, with a takeover this big there are going to be some anti-trust issues.

In the last year, small businesses en masse have been pushed to the brink. Natural disasters like the deadly flooding in West Virginia or civil unrest that’s spilled into the streets often force small businesses to close their doors or, at the very least, severely hamper their ability to do business as usual.

Elon Musk wants to colonize Mars. And while that isn’t likely to actually happen for many years, the billionaire CEO is getting closer. This week, Musk tweeted the first photos of the Raptor interplanetary transport engine shooting fire from its jets. The engine, which has been in development for years, reportedly has enough power to make the journey.

Google (NASDAQ:GOOGL) recently launched a new smartphone app that can help you plan and organize your trip. The app, better known as Google Trips, automatically pulls details about your trip from your Gmail account and goes ahead to recommend “local gems,” attractions and restaurants based on data collected from other travelers.

Over the next few weeks, the tech giant Microsoft (NASDAQ:MSFT) will be adding support for Facebook photos and Google Drive to Outlook.com. These new additional features will also be accompanied by a fresh “attachments view” feature that makes it easier to find those old attachments, the company says.

The internet, mobile technology, video and social media have merged together to give businesses and consumers a platform to share, connect and market with rich media. What GoPro (NASDAQ:GPRO) has tried to do with the new HERO 5 Black and HERO 5 Session cameras is simplify the process of capturing, sharing, storing and editing video so much, it becomes effortless.

MakerBot started shipping 3D printer kits in 2009, and since then the company has been having its ups and downs as the market continues to define itself. With the DIY market for 3D printing so crowded, MakerBot has decided to change directions by going after the professional and educational segment with the new Replicator+ 3D printers.

While Apple might not admit it, the company seems to have a clear preference for iOS, leaving macOS and its users a bit under appreciated. But the company is slowly adding new capabilities to its desktop operating system, making its latest major release, macOS Sierra, the closest it has come so far to an iPhone or iPad.

Microsoft  Doubles Down on Cybersecurity with Improvements to Windows Defender

Microsoft’s Windows Defender is getting a major retooling to improve its ability to combat malware. This week, 23,000 IT professionals are gathered at the Microsoft Ignite conference in Atlanta to learn about some of the latest technology advancements in security, intelligence and the cloud.

At the Microsoft Ignite Conference in Atlanta today, Microsoft (NASDAQ:MSFT) announced a new partnership with Adobe (NASDAQ:ADBE). Under the partnership, Microsoft Azure will become the preferred cloud platform for the Adobe Marketing Cloud, Creative Cloud and Document Cloud. Customers of Adobe will have the benefit of Microsoft’s powerhouse Azure cloud infrastructure behind them.