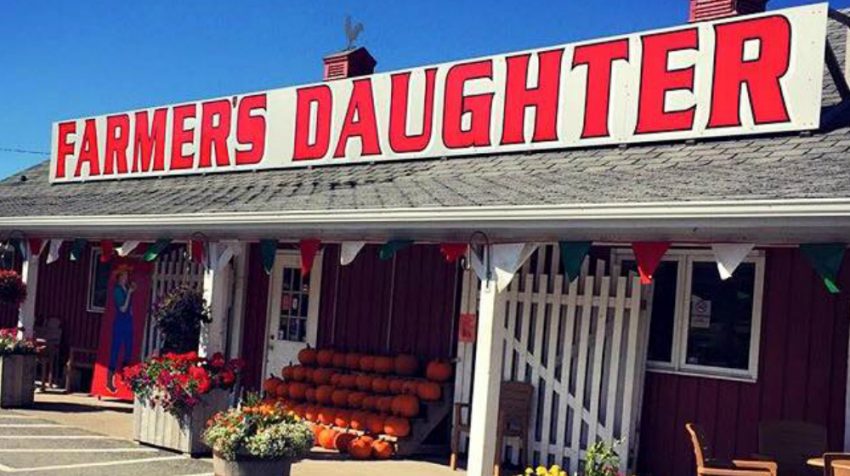 Small business owners are trying just about everything to try to recruit new talent these days from flexible hours to 401 Ks. But what about offering something just a little less conventional.

New trends in job recruitment have been emerging again lately with Generation Z, for example, being more attracted to careers that offer generous pay and better benefits — much like their parents’ generation. By comparison, Millennials are more attracted to trendy office perks like free gym memberships and Friday cocktails then just a good salary.

But against the backdrop of these trends, the Farmer’s Daughter Country Market is offering something truly unique.

The Canadian small business, which has been operating in the area for nearly 25 years, says it can offer job applicants not only free land.

“We can’t give you big money, but we can give you an awesome life,” says the ad for the market located in the little village of Whycocomagh. Apparently, this is an area surrounded by beautiful mountains and the shining Bras d’Or Lake where kayaks and canoes outnumber motorboats.

The company notes on its Facebook ad that it is rich in jobs, land and potential. The ad further explains that the market is looking to recruit anyone who wants to live a simpler life, close to nature, in an area that still believes in community meals and weekly jam sessions.

“We are looking for people who are environmentally conscious, want to be part of a community and will see our business not as you work for us, but we all work together to create something to be proud of. If you take pride in being friendly, helpful and positive, and have skills in the food industry or customer service, then you are who we are looking for,” the job ad explained.

But There’s a Catch…

If you are someone looking to escape the rat race, this might just be the job for you. But there’s a catch. Apart from the wages being low, the Farmer’s Daughter says the job applicant will need to stay in the job for five years before they officially own the land.

“If you decide this opportunity might fit your dreams and goals for a close to nature and community focused life, then we are willing to offer you two acres of woodland where you can immediately set up your tiny house or quaint cabin,” reads the ad. “Plus give you access to our farmland and other resources we have available. If you are still working with us after five years and we all still like each other after that time, then the land is yours for the cost of migrating it out and putting it in your name.”

Despite these preconditions, lots of folks seem ready to drop everything and relocate to rural Nova Scotia for the opportunity. The market’s owners Sandee Maclean and Heather Coulombe told CBC News, Canada they’ve been overwhelmed by the response to the advert. More than 3,000 people from around the world have contacted them about the job. The pair explained they decided to advertise the job on Facebook because they had already hired all the locals qualified and in need of work.

After choosing the first three hires earlier this month, Coulombe says she’s happy to be welcoming the first family, a young couple — Kerry and Brett Walkins — and their two young children. The two other families include a single mom and her 10-year-old daughter, and another young couple who plan to use their land to grow organic produce to sell at the market.

“I’m really excited they’re here. It’s new beginnings for us, and growth for us and the community,” Coulombe said.

It goes to show that offering truly unique job perks a bit different an out off the ordinary can have a tremendous impact on your business’s recruitment success. And it also may be instrumental in attracting the employees you truly want ti fill positions at your company.