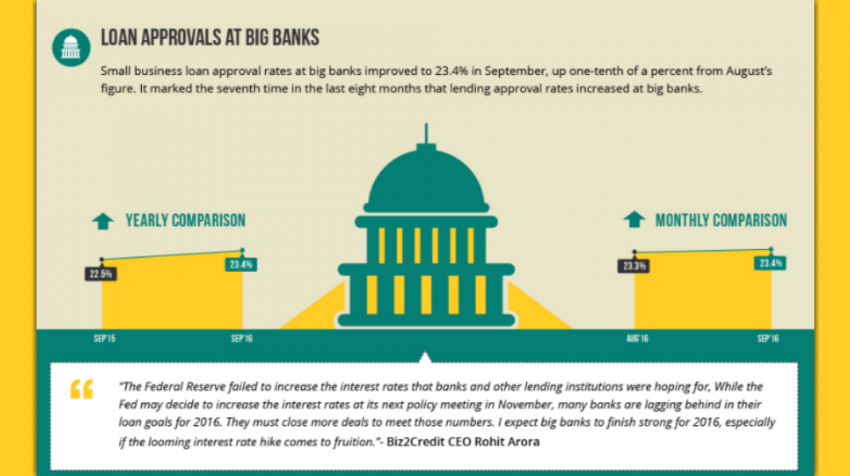 “The Federal Reserve failed to increase the interest rates that banks and other lending institutions were hoping for,” remarked Rohit Arora, CEO and co-founder of Biz2Credit in a release announcing the findings.

“While the Fed may decide to increase the interest rates at its next policy meeting, many banks are lagging behind in their loan goals for 2016. They must close more deals to meet those numbers. I expect big banks to finish strong for 2016, especially if the looming interest rate hike comes to fruition.”

“Right now, they (institutional lenders) are doing it faster and more efficient than anyone on the market. High yields and low default rates are attracting global investors to the marketplace as it is proving to be a hot commodity for investors,” said Arora.

For its monthly index, Biz2Credit analyzes loan requests ranging from $25,000 to $3 million from companies in business more than two years with an average credit score above 680.